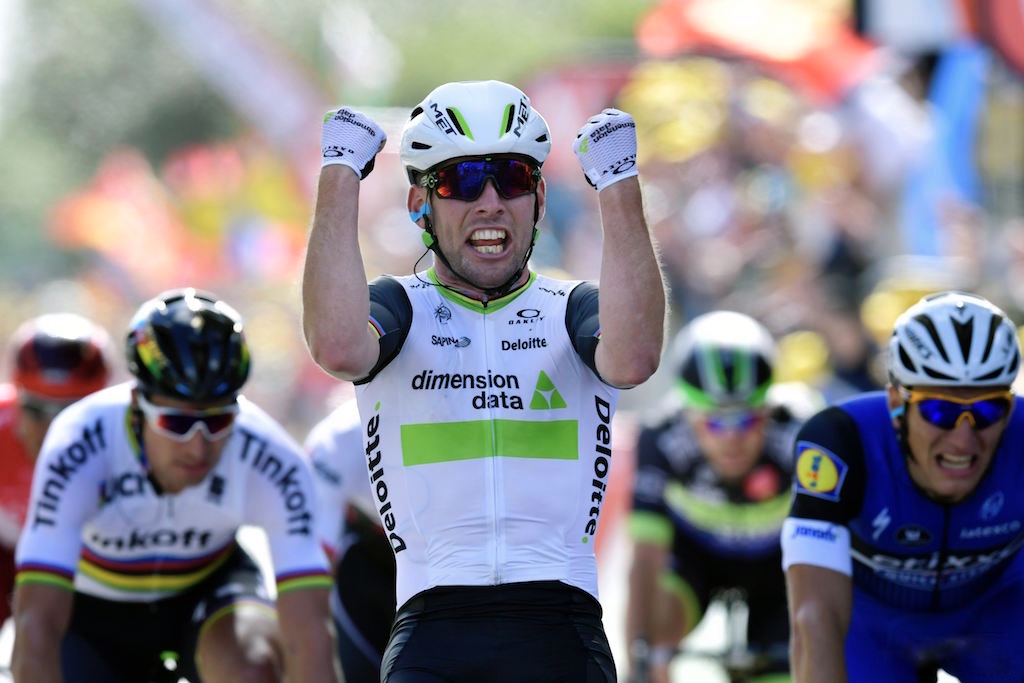 After winning his 28th Tour de France stage victory in Angers yesterday, Mark Cavendish now finds himself on equal ground with cycling legend, Bernard Hinault, regarding the number of career stage wins in the French Grand Tour – which now puts him within six victories of all-time record holder Eddy Merckx’s 34.

As a result, both cycling luminaries came forward today, to congratulate the British rider on his accomplishment.

“I’m not bothered that Mark has passed me in the record book, records are made to be broken,” Hinault said.

“In the last two years we perhaps forgot about Mark because he won a little bit less but in truth he was still a good sprinter. Now he’s back at his very best.”

“He’s deserved all his 28 wins. His sprint was magnifique, as was his first win in Utah Beach on stage one. Considering his age Mark has plenty of chances to beat even Eddy, who is only six wins ahead of us.”

“There’s no point in making comparisons, I won stages because I needed them to win the Tour. It was very different,” said Merckx.

“It’s difficult to say who is the best ever sprinter because there have been a lot of strong ones, including people like Mario Cipollini.”

“I think he’s back to his best thanks to his track training for the Rio Olympics. The track gives you speed, vision and timing. He’s started a run of results now and there’s no reason why it can’t continue”, added Merckx.