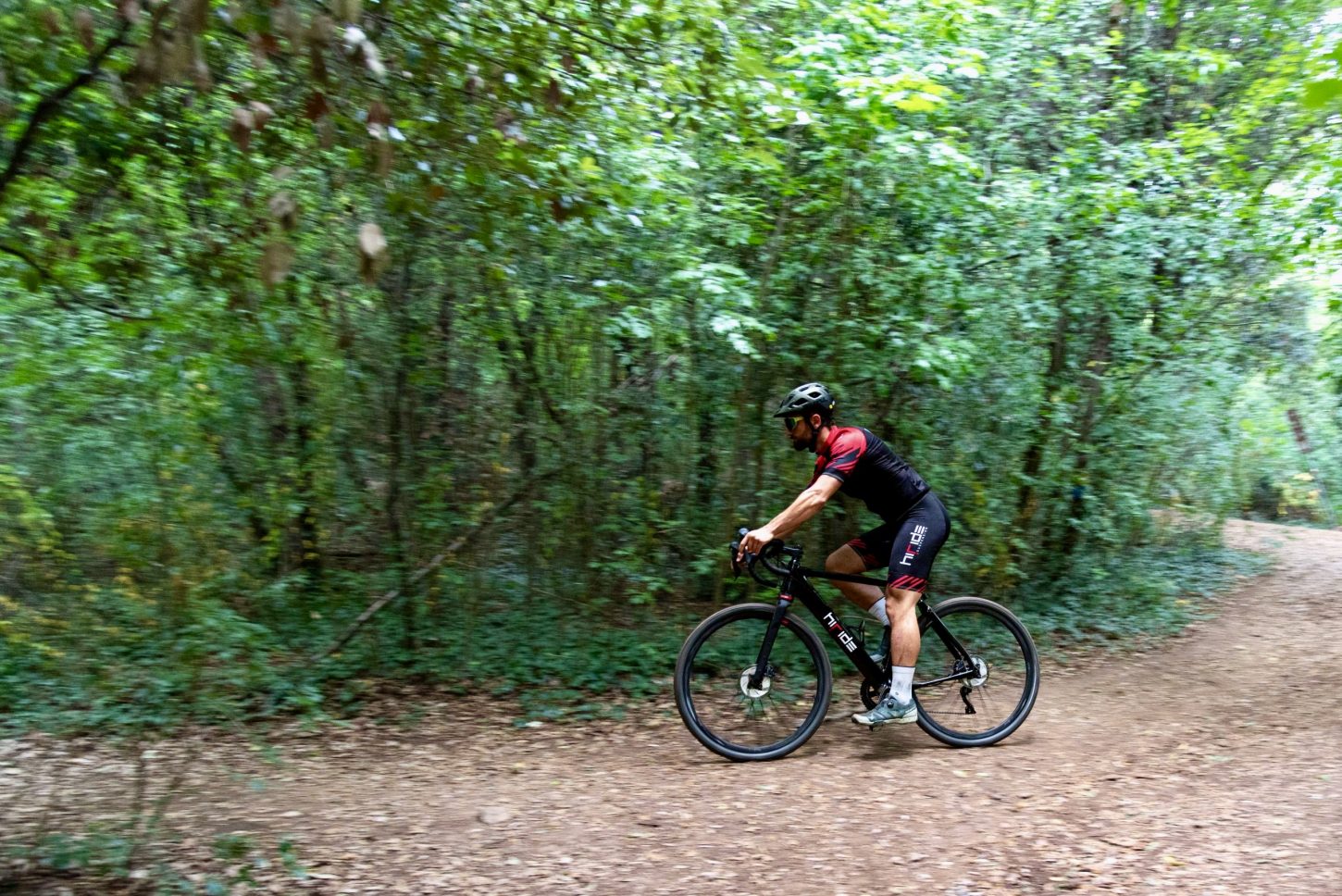 04 Aug 2022
By Campionissimo - In LATEST ARTICLES, THE DOUBLE DIAMOND

HiRide has introduced a new fully integrated and virtually hidden front suspension fork for gravel bikes called the Sterra, providing gravel grinders with a super-compact, low-maintenance single-shock solution for smoothing out the terrain thanks to 20mm of travel and clearance for 650b x 54mm or 700c x 45mm tires.  Moreover, the Italian brand says the fork’s 299.5mm length can be trimmed by up to 149.2mm.

Until now, the only suspension forks available for the gravel segment have been mostly mountain bike derived, adding substantial weight, while also lacking versatility like accessories mounts, as well as the ability to route Dynamo light and brake cables internally through the fork.

“The gravel segment is growing strongly and, consequently, the suspension market for these bikes is also experiencing a phase of great expansion,” comments Giulio Ferretti, General Manager of HiRide.

“Our technologies increase the performance, control capacity and comfort levels of an emerging market segment, which refers to a ‘road’ customer target, not very inclined to MTB-derived suspensions and unwilling to make stylistic compromises in the appearance of the bike,” Ferretti adds.

After specializing in the creation of adaptive and miniaturized electronic suspensions in the racing sector, the HiRide engineering team has progressed into precision mechanics, innovating the components first with their AR suspensions and now with the new Sterra suspension fork.

“We believe that the demand for forks and suspension will grow rapidly due to two phenomena: the growth of e-gravel and bike-packing. We are aware that many more exciting projects will arise from the collaboration with bike manufacturers. Just as the after-market sale of our products will represent, in the future we are building, an opportunity that we want all gravel bike enthusiasts to seize,” explains Ferretti.

In addition to the Sterra, HiRide says it’s also developing a rear suspension system for bikes.

However, please note, HiRide only sells its products directly to bike brands, so there’s no option for consumers to purchase the Sterra as an aftermarket component.