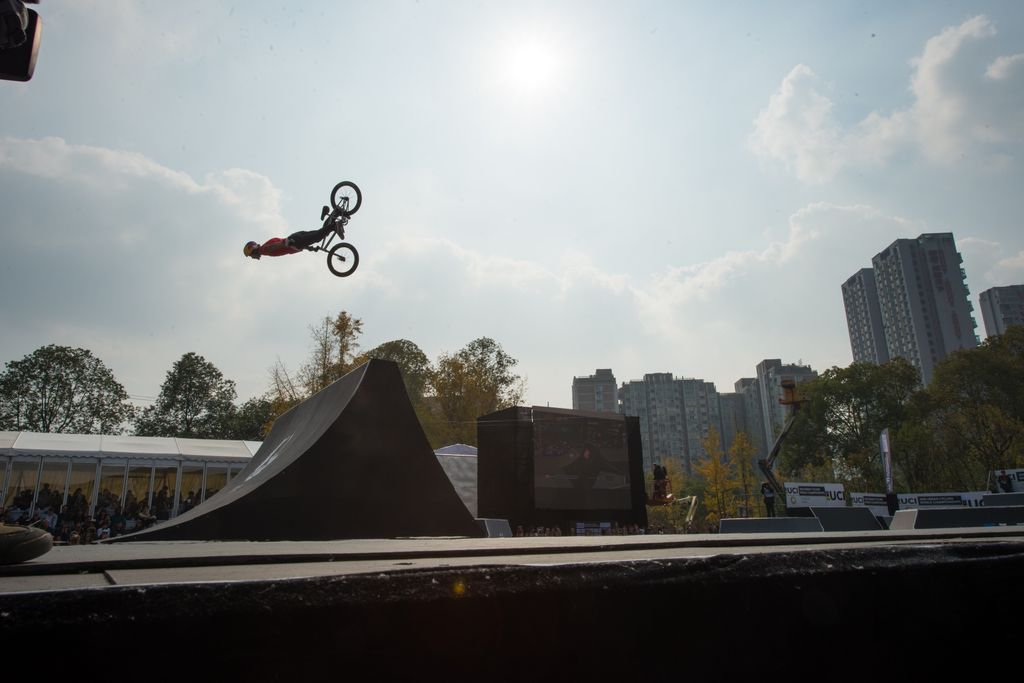 The 2019 UCI BMX Freestyle World Cup gets under way in Hiroshima, Japan, on 19-21 April with Park and Flatland on the program. Olympic qualifying has started for the Park riders and Japan has a big chunk of points waiting for the athletes. If there is one country that has a lot of Flatland riders, it’s Japan. So a great first World Cup round is expected for that discipline as well.

After last year’s successful Hiroshima stopover, expectations are high for the 2019 edition. Over the winter, riders have been using the indoor parks and local facilities to get ready for the new season. Favorites for the Park event are last year’s UCI World Cup winner Marin Rantes from Croatia who has spent lots of time at Daniel Dhers’ Action Sports facility in the USA to get his tricks dialed.

Newly-crowned Venezuela Park Champion Daniel Dhers already has a couple of wins under his belt in 2019 and should never be ruled out. Australia’s Brandon Loupos and Logan Martin mean business however, using the support of Cycling Australia to become fitter than ever. The Americans (Dennis Enarson, 2018 UCI World Champion Justin Dowell, Nick Bruce), the Russians (Irek Rizaev, Kostya Andreev, Alex Nikulin) and the British (Jack Clark, James Jones, Declan Brooks, Ben Wallace) will also bring their top riders to the former Hiroshima Municipal Stadium site. Japan’s eyes will be on Rim Nakamura who finished 5th overall in the 2018 UCI BMX Freestyle Park World Cup and could potentially end up on the podium if things work out for him.

In the women’s competition, there is a record number of entries for the first UCI World Cup stop in Hiroshima as the riders gain increasing support from sponsors and their National Federations. Only three years ago, the Women Park class consisted of a handful of riders. Fast forward to 2019 and over 40 female athletes have signed up for Japan. This development has also brought a huge improvement to the level of riding. Last year’s UCI BMX Freestyle Park World Cup winner Hannah Roberts (USA) will have to bring her A-game from the start in order to lead the World Cup this year.

Her main competition comes from fellow Americans Perris Benegas (2018 UCI World Champion), Angie Marino and Nina Buitrago. However, Japan also has a former UCI World Cup event winner in the name of Minato Oike. She will use the support of the crowd to grab her first podium at stop #1 but she also has to deal with Germany’s Lara Lessmann, Nikita Ducarroz (SUI), and Charlotte Worthington (GBR), to name just a few. The competition is wide open, adding to the excitement.

Park qualification will take place on Friday 19 April, followed by semi-finals on Saturday and finals on Sunday 21 April.

Flatland riders will also take to the stage for their first UCI World Cup of 2019. Last year’s UCI BMX Flatland World Cup winner Matthias Dandois (FRA) will visit Hiroshima in order to grab that lead from the start. But the competition is high and riders will use their own style to show what they’re about.

Flatland is big in Japan and a large crowd is expected to watch the best riders of the world compete. Japan’s Moto Sasaki, Ikeda Takahiro, and Takuni Isogai all ended up in the overall World Cup top 10 last year and will use home advantage to perform well in Hiroshima. Canada’s Jean-William Prevost, Spain’s Alberto Moya, Chile’s Benjamin Hudson and Poosa-Art Pakphum from Thailand are all final contenders but don’t count out Alex Jumelin from France either.

With two Japanese women finishing first and second overall in the 2018 UCI Flatland World Cup, chances are high that Japan will be celebrating a podium spot on Sunday afternoon for either Misaki Katagari or Eri Funatsu, or maybe both.

Needless to say the event in Hiroshima will be an interesting one. It’s hard to predict where everyone stands for the moment after a winter of riding and learning new tricks. But soon we will know.