How Bicycles for Humanity Helps Underserved, Impoverished Communities Around the World 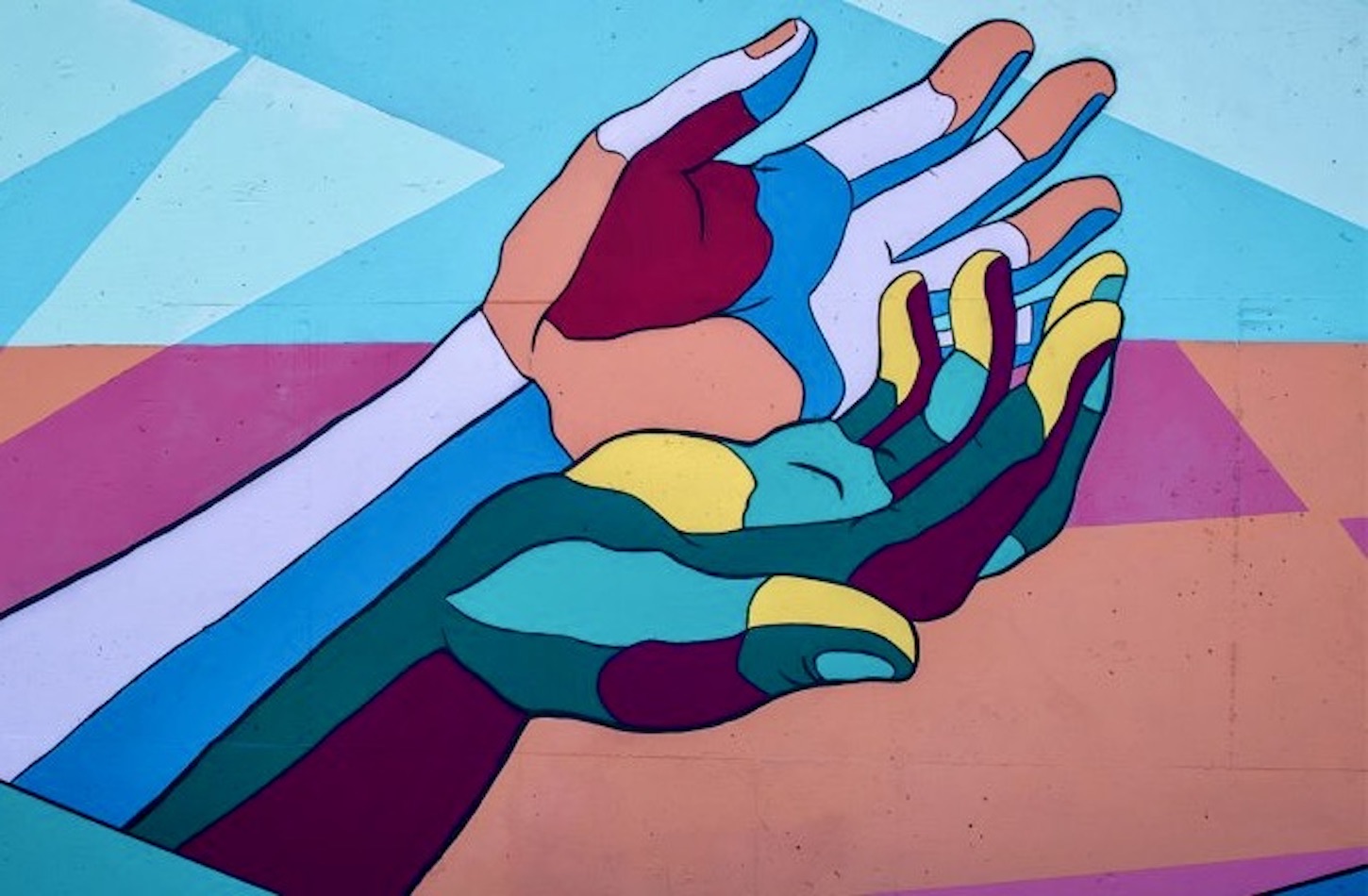 Pat Montani has been a successful technology entrepreneur for most of his professional life, having built up and sold various telecommunications companies, while making significant advances in the field of video conferencing and cloud computing services in the process. But in the mid-2000s, the Canadian businessman began looking at how he might be able to leverage his business acumen and financial connections to benefit a greater good. Virtually overnight, he and his wife Brenda founded an initiative called Bicycles for Humanity – better known today as B4H – and kicked off an empowerment-based movement that has brought education, commercial opportunities, and improved healthcare to many underserved and impoverished communities around the world.

But were it not for a chance introduction to the late Paul Sherwen at the start of the project, B4H might not have evolved as quickly, or exceeded its ambitious original goals. Sherwen’s insights helped Montani create a unique niche and connected many of the key contributors that helped to broaden the empowerment programs. According to Montani, Sherwen’s personal imprint and dedication to developing some of the most distressed communities in his home country of Uganda continues to influence B4H’s outreach model today.

B4H has a unique model among the many worldwide bicycle-focused charitable organizations currently operating. Each of these groups, such as Qhubeka, World Bicycle Relief, and the newly announced Tour de France United has its own methods for using the bicycle as a driver of socio-economic change. Most operate with a mix of private donations and public funding drives, often partnering with local aid and non-governmental organizations (NGOs) to gain access into the communities they hope to improve. Others like Qhubeka (which remains a central focus of Douglas Ryder’s WorldTour team NTT), and World Bicycle Relief provide and/or manufacture purpose-built and ultra-durable bicycles which are delivered to those communities to help pivot local improvement programs.

However, NGO partnerships can sometimes place many aid programs at a disadvantage. These bodies can be restricted by diplomatic norms or expectations, have sometimes large and bureaucratic advisory boards and management teams, and are often expected to operate within specific guidelines. For example, some NGOs have the backing of religious organizations, which can be problematic with regards to healthcare and education agendas, while others may be backed by industry or corporations with a specific economic interest in that country.

B4H is more oriented towards an empowerment-first ethos that helps developing regions build self-sufficiency through the bicycle. It is a completely grassroots organization that features many locally-run chapters, with no overhead or full-time employees as its chapters are entirely volunteer-driven. The program focuses on refurbishing used bicycles and gathering cycling-related equipment and tool donations via community drives. It then packages everything into shipping containers headed to various international destinations.

Some containers are simply delivered and the bicycles are distributed to those in need. Other containers are pre-configured as “Bicycle Empowerment Centers” – and when delivered and installed in the host community – effectively serve as compact bike shops and commerce hubs. B4H works locally with the partner community’s leaders to develop a custom-tailored empowerment curriculum that teaches business and bicycle mechanic skills to those who will run the shop, including “train-the-trainer” experiences to help the container’s shop operators build employment mobility as the business expands to support other nearby communities.

This approach was born out of an opportunity which the Montanis realized had always been there: millions of bicycles annually are scrapped or sent to landfills, but many could be refurbished for those in need. At the same time, bypassing the NGO model allowed for more entrepreneurial problem-solving and reduced the agenda to simply helping others. Montani partnered with Namibian Michael Linke, who was building a bicycle mobility program called the Bicycle Empowerment Network-Namibia, geared to help increase the capacity and reach of aid workers in his home country. Through that successful partnership to deliver the first B4H container, additional outreach and word-of-mouth led to more requests for bicycles, containers, and skills programs throughout Africa.

The grassroots model Montani developed as a template which is easy for local chapters to follow. Interested parties self-organize and B4H supplies the checklist, advisory help, and connections to complete the empowerment project – from collecting bikes, to acquiring and configuring the container, to creating the education and business support materials. Montani says that about 25,000 bicycles are refurbished and sent out annually.

Local chapters can select from a backlog of underserved communities that have applied for a container, and then partner with one to deliver the container and supporting programs. And these local chapters have the freedom to innovate with the partner community in the types of empowerment programs that are needed. Bicycles that would have been thrown away are given new life and participants gain experience of having positively impacted the lives of others.

The cost to deliver containers varies, and local chapters are free to fundraise through a variety of channels, including private donors and corporate sponsors. However, the import fees once the container arrives at certain ports of entry can be as much as $18,000 – a fact which Montani admits is difficult to overcome. As a result, many recent containers have gone to Malawi, Ghana, and South Africa, where the cost is lower.

Arguably for Montani, the greatest positive impacts have been realized in Sherwen’s spiritual homeland of northern Uganda, known as Karamoja. Sherwen and Montani were connected by a mutual acquaintance during the first Tour of California, and when Montani told Sherwen that he was bringing another container of bikes into Namibia a natural partnership was struck. The two met up in Uganda – at first to introduce Montani to the potential for development programs in the country – and spent many weeks over the coming years scratching out an empowerment program roadmap.

The big business of bicycle tourism was a natural fit for the region’s economic development. Sherwen and Vos began developing the trail networks to accommodate recreational mountain biking and the first tours of Karamoja, including a competitive event for locals and Kara-Tunga visitors in 2017, took flight. A training “academy” attached to the Kara-Tunga program was also established to teach professional skills, but the education demand exceeded the capacity.

In response, Montani helped to develop an e-learning suite called iEmpowerment for building skills in healthcare and first-aid, sanitation, agriculture, and business. Montani also created a service called Cloud Empowerment to deliver cloud computing using Central Africa’s (or any developing region’s) ever-widening cellular networks. This provides greater access to the iEmpowerment educational resources, connects Karamoja businesses to a larger global market, and provides local entrepreneurs with the connectivity to provide technical support and application building for an emerging local IT marketplace. And it all started with a few refurbished bikes and a vision for change.

Pat and Brenda Montani were awarded the Canadian Meritorious Service Medal for their ongoing work through B4H to benefit the world. Sadly, Sherwen passed away unexpectedly in December, 2018 and was not able to see the payoff for many of the collaborative projects he and Montani started. Sherwen’s vision of holistic self-sufficiency through education, healthcare, industry, and sustainability was central to his life’s work outside of professional cycling. More critically for Montani and Vos, his boots-on-the-ground approach left a permanent imprint on the B4H movement and changed how bicycle-related charity systems can inspire far-reaching socio-economic change.

During the current COVID-19 pandemic, bicycles are experiencing an unprecedented resurgence as a mode of transportation, not just a form of recreation. New bikes are becoming hard to find in many U.S. and European markets, and some governments have even offered vouchers for citizens to fix their current bikes in the hopes that less reliance on crowded public transportation buses, trams, and trains will reduce community spread of the virus.

But at the same time, vast numbers of bikes are still being scrapped or sent to landfills. According to Montani, there are upwards of 400 distressed communities around the world that have already applied for a bicycle empowerment container, although there are just 50 active B4H chapters operating today to serve them. One new B4H chapter in Spain has started a drive to gather and refurbish bikes for local redistribution to people who have been impacted by the pandemic-sparked economic downturn and cannot afford a new bike.

COVID-19 has clearly not yet run its course globally, and aid organizations like B4H have been impacted just like everyone else, as countries shift focus from development to healthcare wherever the virus has taken hold. With many natural resource projects in Uganda put on hold due to the drop in oil reliance, much of Uganda’s economy is reliant on tourism and NGO aid. As both sources of revenue have dried up in the pandemic, in Montani’s words, “the average person in Africa is starving.”

Montani admits that while it may be easy for chapters to organize, collect old bikes, and raise the money to ship a container; many of the partner communities simply don’t have the funds to cover the importation costs, and often can’t find the private donors to help with the shortfall. “It’s much easier if you already have a commercial partner in the developing country to work with,” says Montani. “You often have to know someone in-country to get traction.” Despite the strains, Montani’s long-view remains unchanged. He is hard at work tailoring a new open-source based education initiative and he believes that more developing regions will continue to benefit as more B4H chapters ramp up for partnerships.

The vehicle for change may have started with the humble bicycle, but the educational services and advances in technology that Montani has added over the years have vastly expanded those opportunities. Pat Montani’s and Paul Sherwen’s chance meeting changed both of their lives, but the true beneficiaries of that partnership are the people of Karamoja who have embraced change, and hopefully many communities that will be able to partner with Bicycles For Humanity chapters in the future.