How to Start Out Hydrated and Why It’s So Important 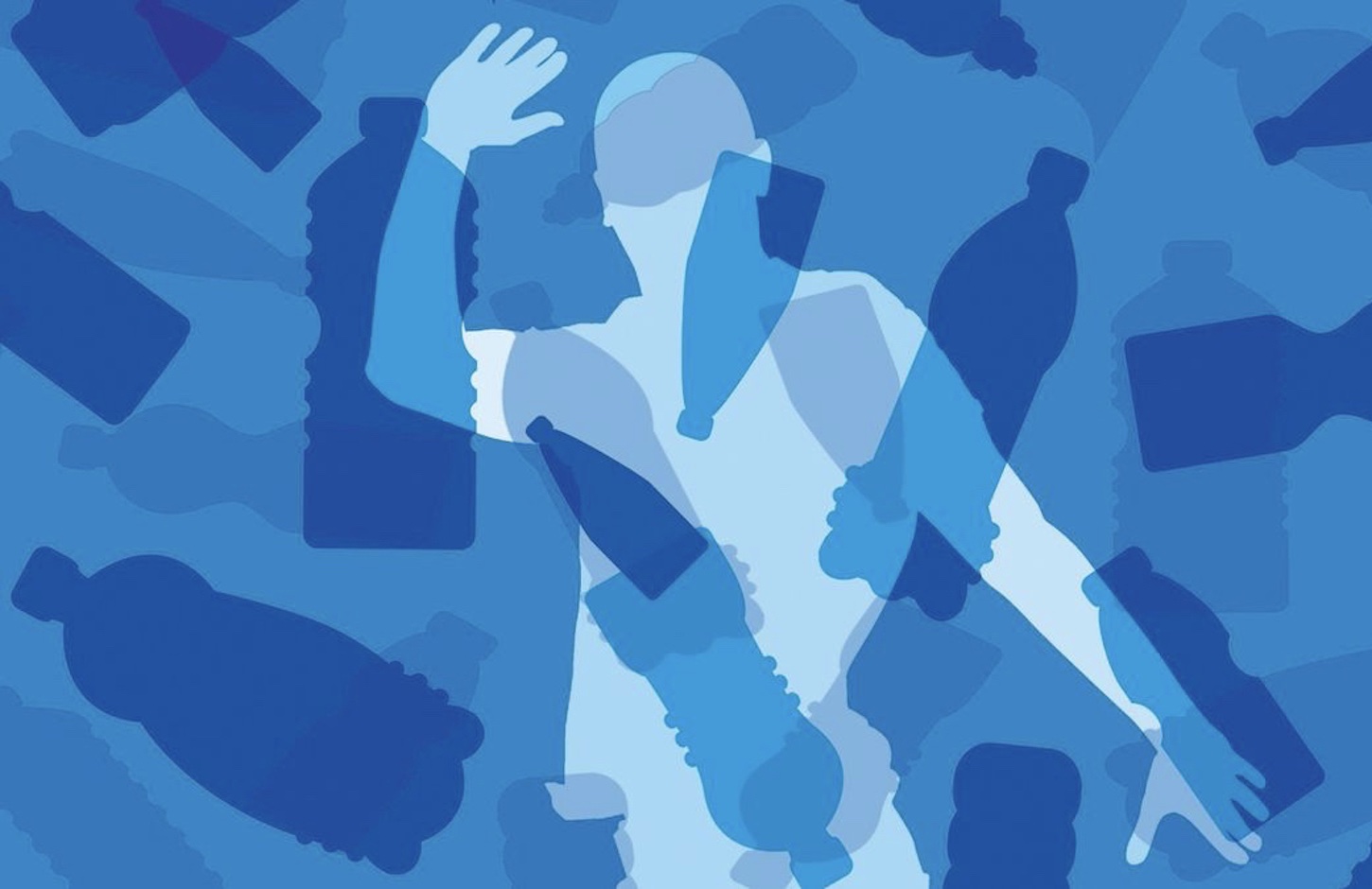 When people talk about hydration, most of the time it’s about what and how much athletes should drink during exercise.

These are clearly important questions, but your performance is also massively influenced by how hydrated you are when you start exercising in the first place. Drinking a strong electrolyte drink to optimise your hydration status before long, hot or really hard training sessions and events can significantly improve your performance.

We call this “preloading” and the practice has been widely studied in the last 20 years or so, both with astronauts and athletes. Whilst there’s not a completely bullet proof consensus on the subject – there rarely is – there’s strong evidence that taking in additional sodium with fluids before you start sweating is effective in promoting increased acute fluid retention and in improving endurance performance, especially in the heat.

This blog aims to give you a more solid understanding of what you can do to arrive at the start of your next event optimally hydrated.

Once you start sweating, you’re fighting a losing battle.

Once you begin sweating you’re generally going to be fighting a losing battle against fluid and electrolyte loss, so starting off properly hydrated can be extremely beneficial. When you’re properly hydrated you have a larger reservoir of fluid to draw from over time than if you’re dehydrated.

Starting well hydrated has other benefits too. Optimal hydration maximises your blood volume and this helps general cardiovascular function and your ability to dissipate the heat produced by your working muscles. This reduces fatigue and enables you to maintain your performance for longer.

Despite the relatively obvious benefits of starting exercise well hydrated, a recent study of over 400 amateur athletes showed that around 31% of them were turning up to training sessions (and, in some cases, competitions) dehydrated!

In amongst the data there were strong indications that this was very likely to be compromising their performance. This will probably seem like common sense, especially if you’ve ever tried exercising when you know you’re a bit ‘dry’. Who in their right mind would want to start exercising hard in a dehydrated state if they’re trying to perform at their best?

This study certainly backs up previous work I’ve read on the subject and the kind of things we’ve seen over many years working with athletes in different scenarios. It’s certainly not uncommon to see people only really thinking about hydration once they turn up to a session rather than preparing in advance.

Often this just happens because those of us who are not full time athletes are running around flat out between workouts and aren’t always able to think about preparing properly for them 100% of the time. That’s just life.

But it can also be a problem for full-time athletes when training two or more times a day, or at times when they’re just under a very high total training load. That’s because uncorrected dehydration from a prior training session can make it’s presence felt when the next session gets underway. This blog addresses how to optimize your recovery by hydrating properly.

We tend to overcompensate before the big day and this can severely impact performance.

Although athletes turning up to training a bit low on fluids is relatively common, it’s generally less of an issue before major competitions. That’s not to say that turning up to an event dehydrated never happens, I’m sure it does.

But, because most athletes care a lot about their performance in big events, there’s a tendency to increase fluid intake before the big day because extra priority is placed on all aspects of last minute preparation.

The irony of this extra emphasis on pre-event hydration is that quite a lot of athletes can go from slightly under-drinking before training to significantly over-drinking pre-competition and this can lead to a different set of problems!

I’ve written about the common tendency to over-drink before races in the past and the bottom line is that it’s a very real problem that can potentially lead to hyponatremia (i.e. low blood sodium levels caused by inadequately replacing the sodium lost when sweating and further dilution by drinking plain water or weak sports drinks), something that can be pretty catastrophic for health and performance if it goes unchecked. A recent study found that 10% of athletes tested at the Ironman European Championships had hyponatremia, which shows you the extent to which hydration issues might be impacting performance.

Carb loading is a no brainer. But, can you do the same with water?

The idea of carb loading – i.e. maximising the amount of glycogen you have stored in your muscles and liver before a strenuous activity – is one that’s well researched and essentially universally accepted as a performance-enhancing tactic.

OK, so sports scientists love to argue over exactly what and how much you should eat, and when exactly to shove it in your cake hole, but few sane athletes would argue with the principle that consuming additional carbohydrate calories (often combined with a tapering off in training load) in the final days before an event is a good idea.

That’s because you can store up and subsequently use a lot of this energy later on when you need to dig deep and burn through large amounts of fuel during a long or hard effort.

With hydration things are less clear cut than with carbs.As we’ve seen, many athletes do tend to increase fluid intake prior to important events or hard training sessions, with the vague notion that having more in the tank should result in better performance. But many unfortunately over do it in the process and this is harming their performance.

But, can you actually store fluid over and above being normally hydrated and, if so, does it help to do so?

The answer has a lot to do with not just how much water you drink, but with how much sodium you consume with that water as it’s this electrolyte that plays a key role in retention of fluid in the body and in the bloodstream in particular. For more on why sodium is crucial to staying hydrated and maintaining your performance, you may want to read this blog.

In a nutshell though, without the right amount of sodium in your pre-exercise drinks, drinking lots of water will do you a fat lot of good. The importance of sodium to hydration and maintaining your performance was further proven by research conducted at NASA at the end of the 20th century.

NASA’s astronauts were commonly found to be suffering with low blood pressure because they were losing bodily fluids (and therefore blood volume) during their time in microgravity. One NASA paper I read suggested that astronauts live with as much as a 3-4% deficit in total body fluid levels during a typical mission. It was causing them to feel weak, light headed and even to black out on re-entry or once they landed back on terra firma. That’s not something you want to be dealing with when you’re trying to land a rather expensive space craft!

To combat this, NASA tested lots of drinks containing different carbohydrates and electrolyte mixtures and found that the more sodium you put in a drink, the more effective the drink would be at being retained in the body and bloodstream and correcting dehydration.

On top of the work by NASA, there have been a number of scientific studies conducted into the idea of athletes ‘preloading’ with sodium and fluids prior to exercise in the last few years and the key findings from this work were summarised in a paper back in 2013.

This review article essentially came to the same conclusion as NASA that sodium preloading with a drink strong enough to stimulate fluid retention in the blood stream, but not so strong that it caused other knock on issues, does seem to improve endurance performance.

As I mentioned, a higher blood volume means an easier time for your cardiovascular system when you’re exercising and also a bigger reservoir of fluids available to ‘lose’ through sweating if you need to cool down, as is the case when working your muscles hard and producing lots of metabolic heat.

However, due to the mechanisms that control fluid and electrolyte balance in the body, any attempt to preload with plain water inevitably just leads to more trips to the bathroom as your body tries it’s best to avoid an excessive dilution of your blood sodium levels, which would lead to hyponatremia if unchecked.

So, how do you preload effectively?

It’s about striking a balance between being aggressive enough to drive some extra fluid retention in your blood stream without this leading to gastro-intestinal issues or excessive fluid build-up making you feel bloated and sluggish.

Typical sports drinks – which generally contain ~200 to 500mg of sodium per litre – simply don’t cut it when it comes to preloading as they’re just way too dilute to make a meaningful difference to blood volume. The reality is it’s not vastly different from drinking water.

At the other extreme, most of the scientific studies that have been conducted in this area have looked at using extremely strong electrolyte drinks containing ~3,600mg of sodium per litre. That’s like drinking a bag of saline solution that would normally be put into you via an IV! Whilst this has been shown to be highly effective at boosting blood plasma volume, it’s has a tendency to cause upset stomachs, sickness or diarrhoea – something that is obviously very counterproductive when you’re trying to improve your performance!

One study back in 2014 looked at the effectiveness of 4 drink concentrations – Water, 1,380mg/l, 2,750mg/l and 3,680mg/l – to compare the effect they had on blood volume pre-exercise v how much sickness and diarrhoea they caused.

The athletes drank a set amount (17ml per kg of body weight, so about 1.2l for an average sized 70kg athlete) of each of the drinks and the more sodium that was in it, the more blood volume was increased, as you’d expect. But with the strongest drink, 6 of the 8 athletes experienced diarrhoea compared with zero issues with the 1,380mg/l drink and plain water.

That paper was of real interest to me as at Precision Hydration we’d already been experimenting with different concentrations of drink to use for preloading. I’d had lots of GI problems when trying 3,000mg/l+ drinks, so was already using less strong stuff and I was still finding it beneficial, so it was good to get some scientific confirmation that we were on the right track.

In the end we settled on a strength of 1,500mg/l (32oz) for our preloading drinksand these are available in the all-natural PH 1500 drink mix format as well as zero-calorie H2Pro Hydrate 1500 effervescent tablets. 1,500mg/l seemed to be the ‘sweet spot’ in that it’s very palatable and easy on the gut (we never get comments about stomach upsets from using it) whilst still being effective at boosting your blood plasma volumes and getting you optimally hydrated before your start sweating.

If you want to test whether preloading improves your performance, follow this protocol before your next long/intense training session or B-race.

If you’re looking for a way to optimize your performance then testing sodium preloading is definitely worth a try. If you have any questions about how to preload effectively or need help optimizing your approach, drop us an email.