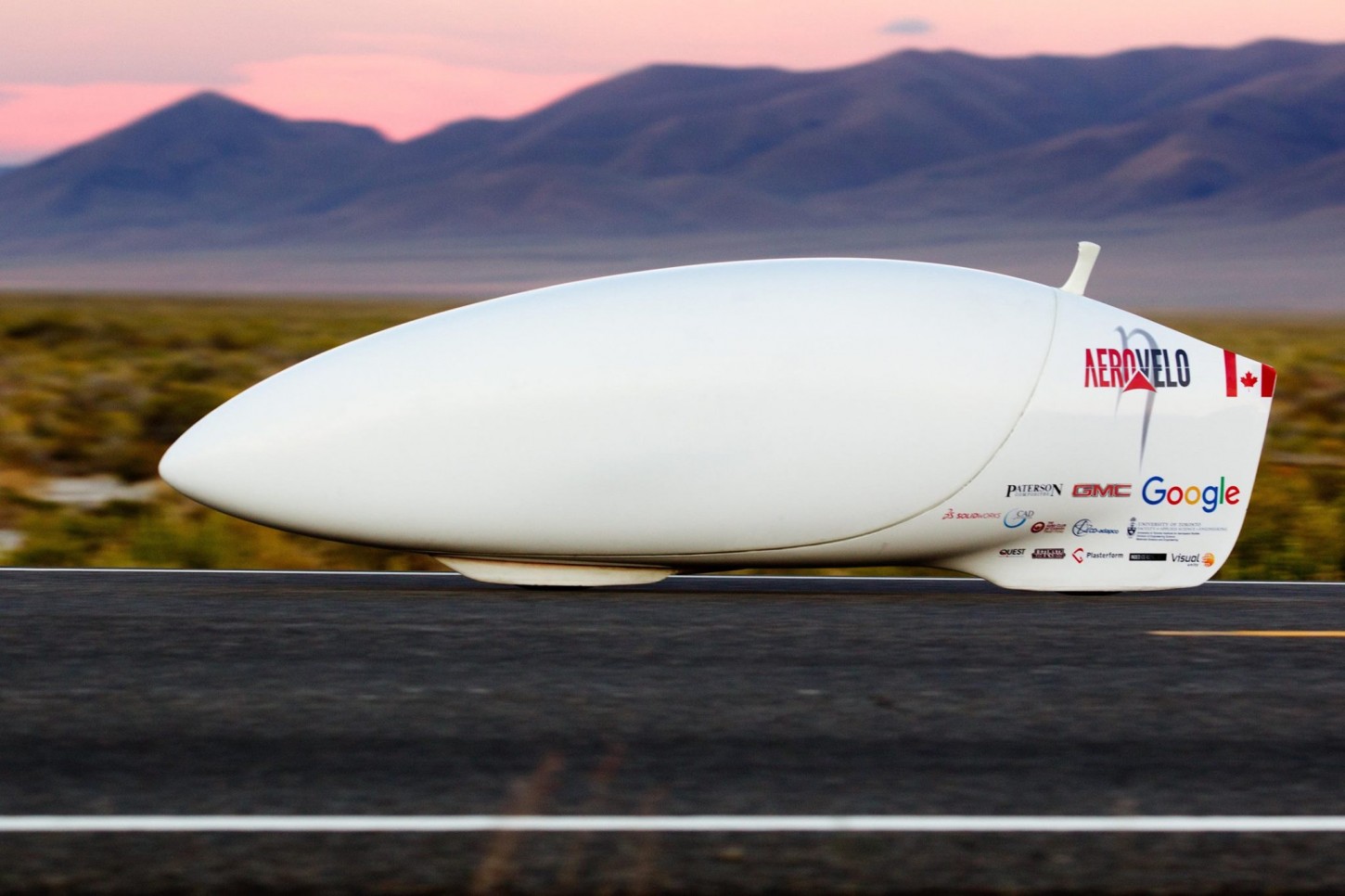 The new record was set at Battle Mountain in Nevada, were Reichart was given an 8 kilometer stretch before reaching the final 200 meters where his speed was officially measured and recorded.

To accomplish this feat, the former speedskater had to rely on cameras mounted outside of his aerodynamic, carbon fiber shelled recumbent bike, as he had no direct outside view around him.