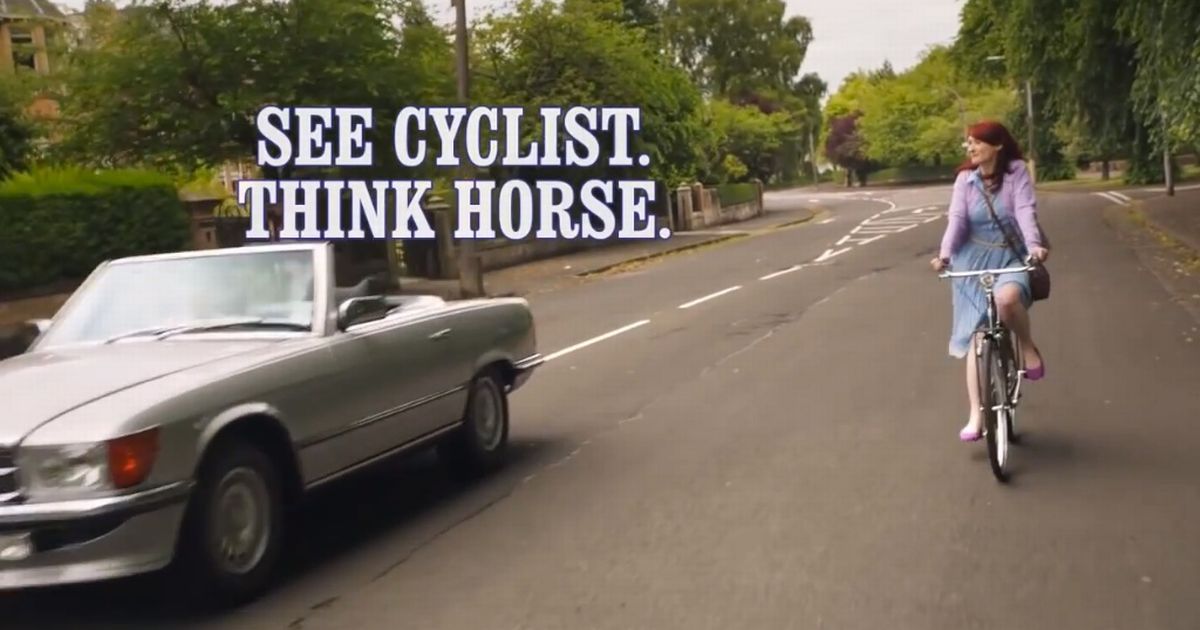 08 Apr 2016
By Gianni Pericolo - In LATEST ARTICLES, THE BROOM WAGON

It’s hard to know why this advertisement was banned in Scotland, but the humorous parody merely suggests, that people should treat cyclists like horses.

According to the tongue-in-cheek video, this includes taking cyclists out for exercise around the stables and using encouraging phrases like “good boy!” as they jump over obstacles.

For the most part, the video appears to send a positive message in a funny manner.

So why was the ad banned for months? Perhaps, because it shows a cyclist riding without a helmet and venturing too far from the curb, setting a bad example for viewers?

Maybe ad execs are lacking enough oats in their diet?