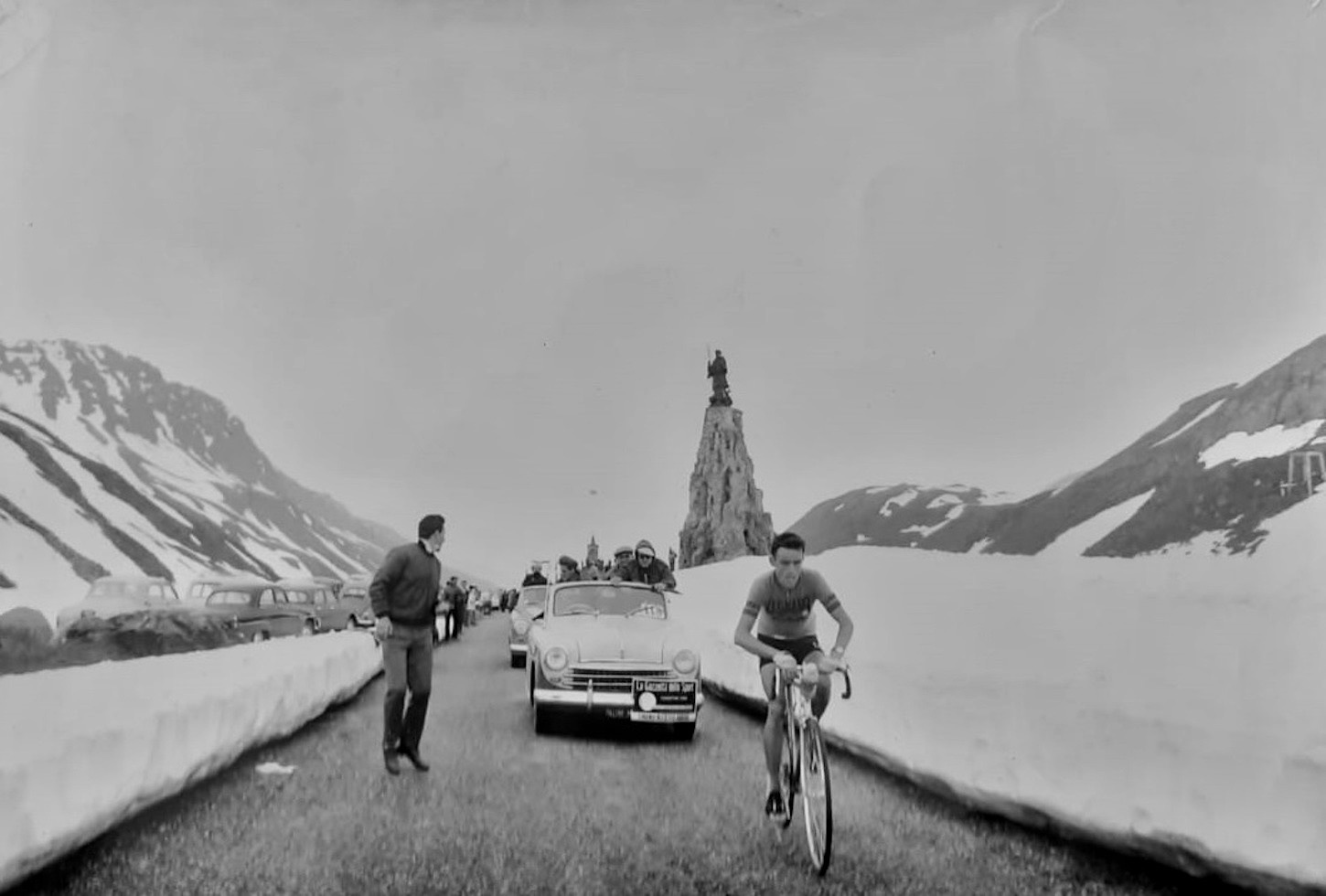 A belated happy birthday to Imerio Massignan, who was born on January 2, 1937.

The Italian rider is best known for winning the Mountains Jersey in the 1960 and 1961 Tour de France, while just missing out on a spot on the podium after finishing 4th overall in both races.

Other Gand Tour accomplishments for Massignan, included finishing 2nd in the 1962 Giro d’Italia behind Franco Balmanion of Italy.

Massignan retired from cycling in 1969, following a ten year stint that began riding for the Team Legnano, along with other such notable squads as Bianchi, Ignis, Carpano and Salamini and G.B.C.

Massignan stills resides in the Vento region of Italy where he grew up.