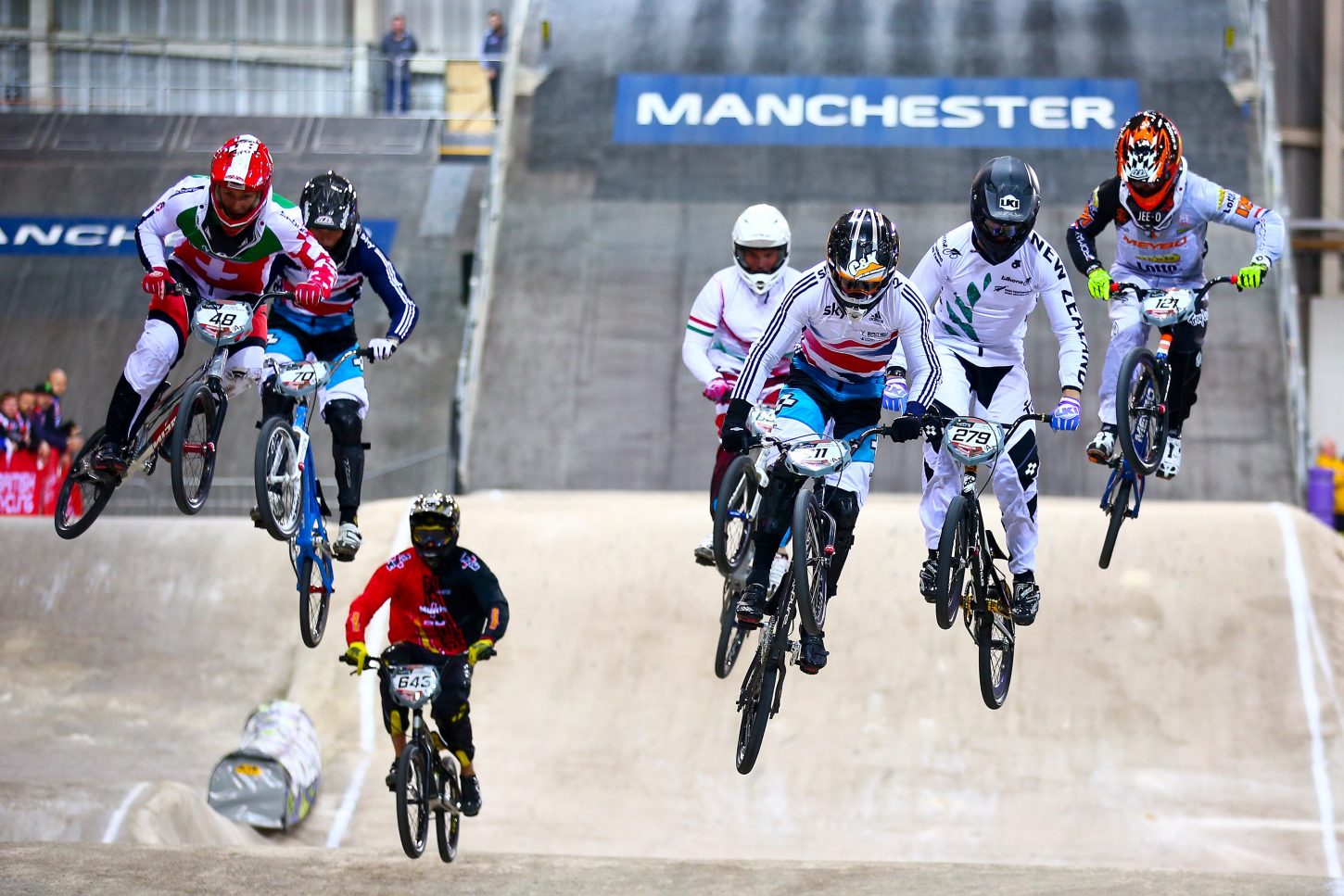 One year before the Olympic Games take place in Tokyo, Japan and the UCI BMX SX World Cup races are highlights on the calendar for all athletes serious about making it to those 2020 Games. Twenty four men and twenty four women will get to go but UCI points need to be scored first if nations are to claim spots. France leads the Olympic Qualification Nation ranking in the Men’s category, with the United States of America in second and the Netherlands currently in third place. In the Women’s field, it’s the USA on top, with the Netherlands in second and Russia in third.

The revamped indoor BMX SX track in Manchester, England will host the first UCI BMX Supercross World Cup of the 2019 season. Round one will be held on Saturday, 27 April and round two the following day. It will give all participants an opportunity to score valuable points in two separate races over the weekend.

Names to look out for in the Men’s competition are current UCI Ranking leader, Niek Kimmann of the Netherlands, who has picked up several early season wins that show his form is there. 2018 UCI World Champion, Sylvain André (FRA), recently won round four of the French Cup proving he hasn’t lost any speed over the winter. Joris Daudet is representing France, but racing and living in the USA. Joris will make it over to England to battle it out with riders from the rest of the world and to strengthen the French lead over the USA. If we throw riders into the mix such as David Graf (SUI), Corben Sharrah (USA), Joris Harmsen (NED) and Kai Sakakibara (AUS), you know that the racing in England in rounds one and two is going to be fierce.

We remember a race in Manchester when team Great Britain went 1-2 in their home World Cup, with a win for Liam Phillips and a runner-up spot for Kyle Evans. With Liam out of the race (he’s running the UCI BMX Racing program), all the focus is on Kyle and Kye Whyte, as far as the home crowd is concerned. That 1-2 might be far off, but those two athletes have done more laps on that track than most of the other racers present.

The USA, the Netherlands and Russia are bringing really quick women to the British Cycling compound on the last weekend of April, and they’ll be looking for top results. It will be interesting to see how the current fastest women rank when they meet up in England. 2018 UCI BMX World Champion, Laura Smulders (NED), has dominated the European races so far. Alise Willoughby (USA) is doing well in the USA, although Felicia Stancil won the USA Cycling national championship title last month.

Saya Sakakibara is hard to beat over in Australia/New Zealand, recently winning the Continental Championship over there. And guess who is back on her bike? Mariana Pajon (COL). Add Russians Natalia Afremova and Yaroslava Bondarenko into the mix, together with Judy Baauw (NED), Bethany Shriever (GBR) and Simone Christensen (DEN), and we will have some exciting racing on our hands.

The first UCI BMX SX World Cup of the season always brings the year’s new gear and equipment to the track that riders are ready to show off, and 2019 will be no different. Fans will be queuing to receive posters, stickers and autographs from the fastest BMX racers on the planet. A full race day on Saturday and another UCI BMX SX World Cup on Sunday at the indoor track in Manchester will provide serious BMX action. Tokyo 2020 is on the horizon. Time to collect points.