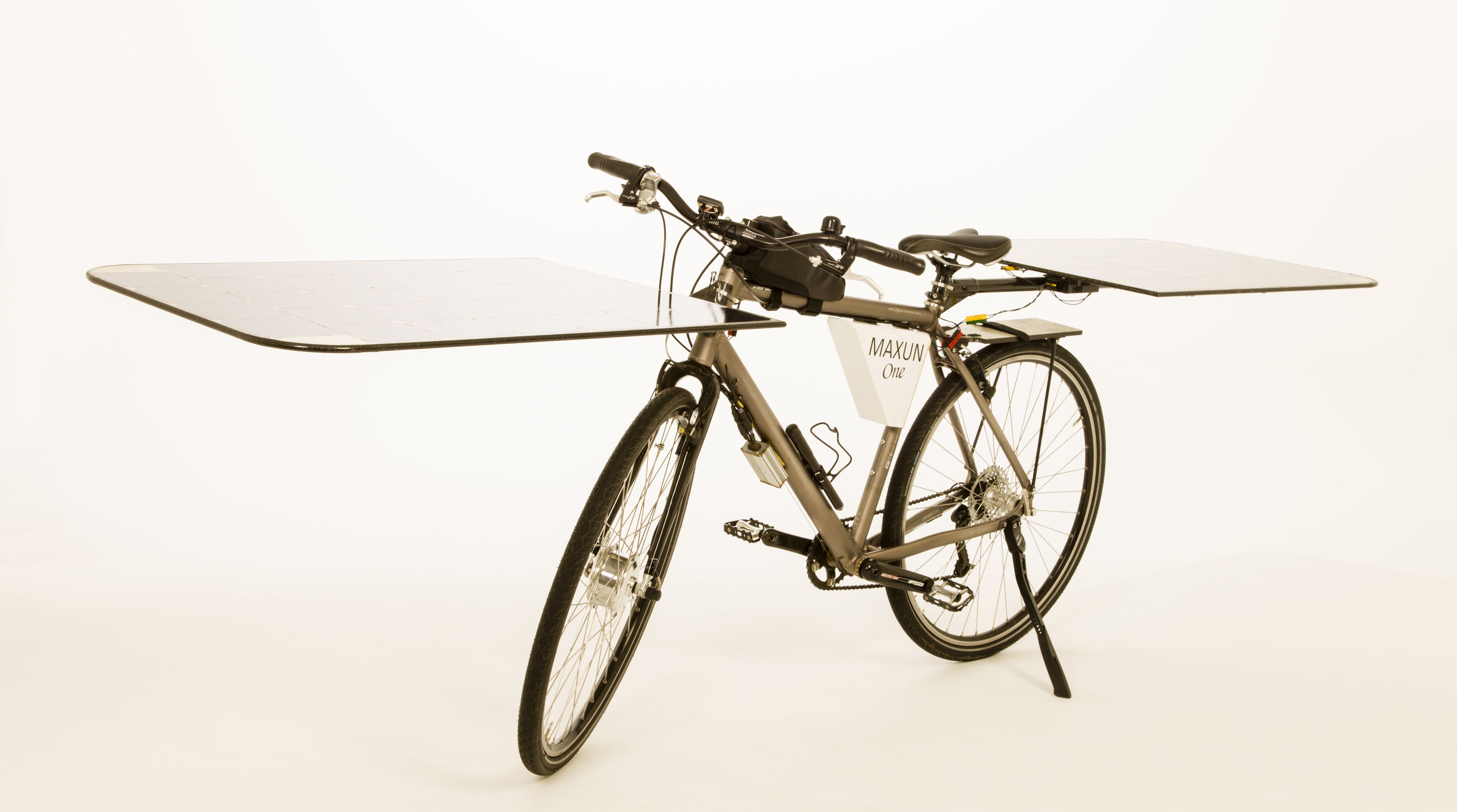 23 May 2016
By Campionissimo - In LATEST ARTICLES, THE BROOM WAGON

An inventor in the Netherlands claims to have created the world’s first solar powered e-bike, which he says is capable of propelling a rider up to 15 miles per hour via energy harnessed from the sun alone.

The Maxun One is the creation of Albert van Dalen from Maastricht, who recently launched a new video of his sun-powered bike, regaling it as “the impossible has become possible.”

While at first glance, the bike appears to be unwieldy and pose a potential safety hazard to pedestrians, van Dalen insists that isn’t so.

“The solar bike is made very lightweight, sportive and fast,” he says, adding that “despite the solar panels it rides almost as light as a road bike.

“The solar panels are small enough to allow easy riding in traffic, and large enough to perform well, even on a semi-cloudy days. A small battery provides energy in the absence of sunlight.”

“Riding by solar energy is a unique experience; we just need sunny summer weather,” he concludes.

“You will often overtake other cyclists [who] wonder: what was that? The solar bike is one of the most remarkable vehicles on the street, nothing compares, no-one has ever seen such a thing before.”

Van Dalen says he chose to name his invention the Maxun One, by virtue of the fact, that he says it represents the world’s first bike that can run purely on solar power.

According to van Dalen, he’s looking for investors to provide the necessary funding for him to conduct further research, with the goal of bringing the Maxun One into full production.

In a previous article, van Dalen projected the cost for a Maxun One, to be around £80,000.

We say, you best apply plenty of sun protection, in order to ease the burn of writing that check!