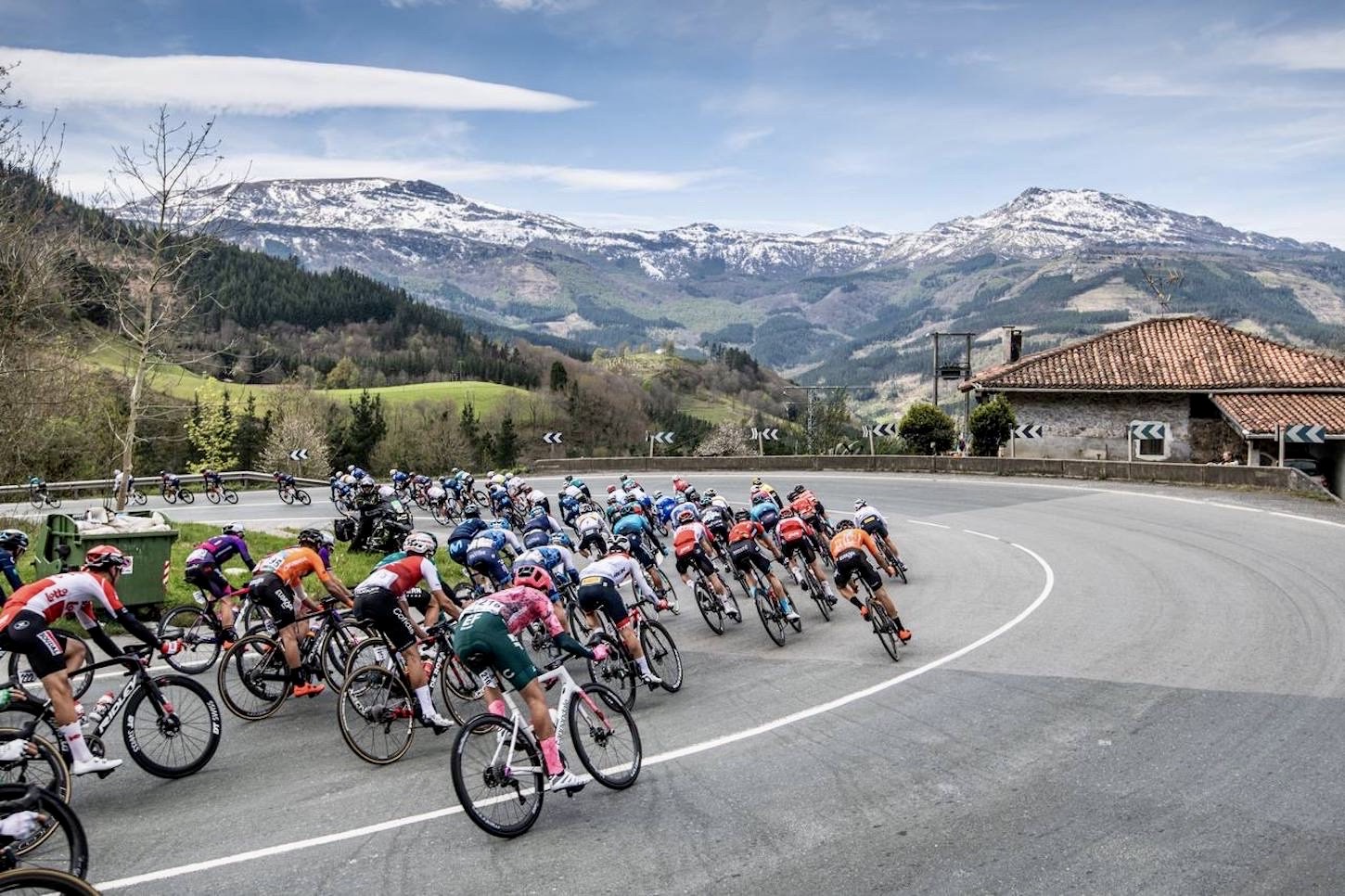 Dani Martinez claimed stage 4 of the Itzulia Basque Country in Bilbao today, after the Colombian rider executed an impressive attack along the final uphill stretch to snatched the victory ahead of world champion Julian Alaphilippe (QuickStep-AlphaVinyl) and Diego Ulissi (UAE Team Emirates).

Meanwhile, race leader Primož Roglič (Jumbo-Visma) kept his five-second lead over Remco Evenepoel (QuickStep-AlphaVinyl) to retain his grip on the overall lead, with Martinez moving up five places to third thanks to the time bonus.

He is now only 11 seconds down on Roglič, with his teammate Adam Yates in fifth at 18 seconds back.

A sizable breakaway group of 14 riders escaped the peloton early-on in stage, with Victor Lafay, Geraint Thomas, Ruben Guerreiro and Bruno Armirail later jettisoning their fellow escapees over a steep ascent with 39 kilometers to go.

The group would later swell in numbers again during the run-up to the final climb, prompting Lafay to attack with 24 kilometers remaining.

With Lafay alone out front, Pierre Latour, Alaphilippe and Martínez decided to animate things back in the chase with a series of individual attacks. But, Jumbo-Visma was keen to block their aggressions.

After a concerted chase effort on the part of Quick-Step and UAE Team Emirates, Lafay was finally reined in during the last kilometer, with Evenepoel once again leading-out Alaphilippe for the third consecutive day.

However, the French rider wasn’t able to fully capitalize on his teammate’s help, as Martínez commenced a final surge that overhauled his QuickStep-AlphaVinyl rival on the line by mere centimeters.