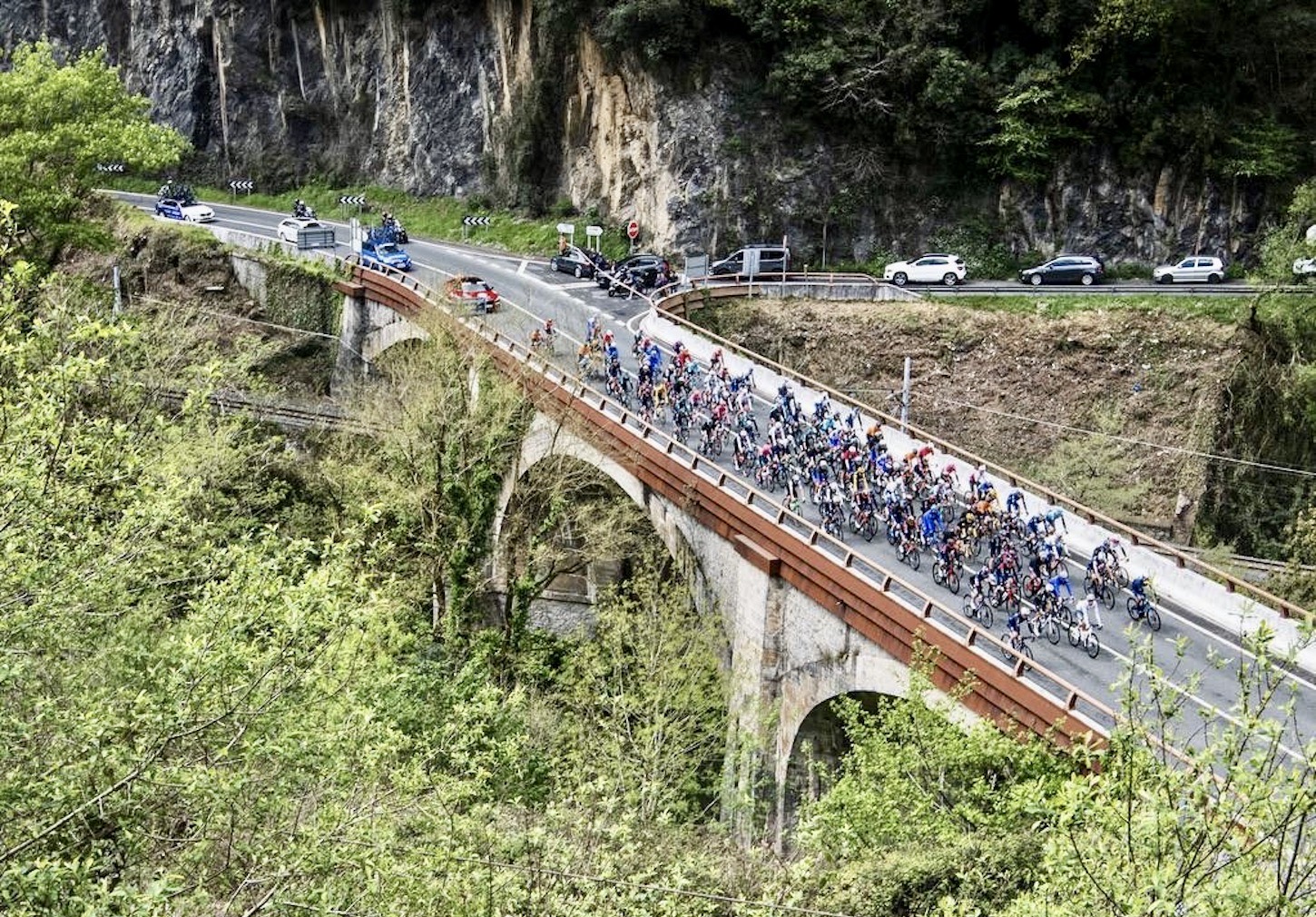 Despite crashing along the final climb, Ion Izagirre won the final stage of the Itzulia Basque Country today, after the Spanish rider made up lost ground during the last kilometer to beat Aleksandr Vlasov (Bora-Hansgrohe)and  Marc Soler (UAE Emirates) in a final, uphill sprint.

Meanwhile, Daniel Martínez (Ineos Grenadiers) won the overall race, after the Colombian rider managed to bridge his way back to the main group after initially getting dropped along the final climb, finishing with enough of an advantage to seal the race victory.

The opening 10 kilometers saw Cristian Rodríguez (TotalEnergies) as the first rider to crest the Cat-3 climb of the Elkorietta, who was later joined by Davide Formolo (UAE Team Emirates), Tony Gallopin (Trek-Segafredo) and Xabier Azparren (Euskaltel-Euskadi) along the descent.

With 100 kilometers to go, the leading quintet had established an advantage of 1:45 over the chasers and six minutes over the peloton.

As the road kicked up for the Cat-2 climb of the Endoia, followed by the Cat-1 climb of the Azurki, the breakaway group’s lead had been greatly reduced, eventually leaving only Formolo, Gallopin and Oliveira up front.

After a long descent, the road soon pitched up again in preparation for the Cat-2 climb of the Gorla, while Formolo, Gallopin, and Oliveira were still clinging to a gap of 2:30.

Eventually, only Formolo remained out front. But, the Italian rider was later reeled in along the final climb of the Arrate.

Inside 4 kilometers, a touch of wheels saw Izagirre to hit the tarmac. But, the Cofidis rider was able to rejoin the group at the top of the climb and ready himself for the sprint.

Soler went long with 700 meters to go, but was overhauled just before the line by Vlasov and Izagirre, who celebrated a spectacular win on home roads.

In the meantime, Martínez came in fourth on the stage, which proved more than enough for the Colombian to claim his first victory in a stage race since the Critérium du Dauphiné in 2020.