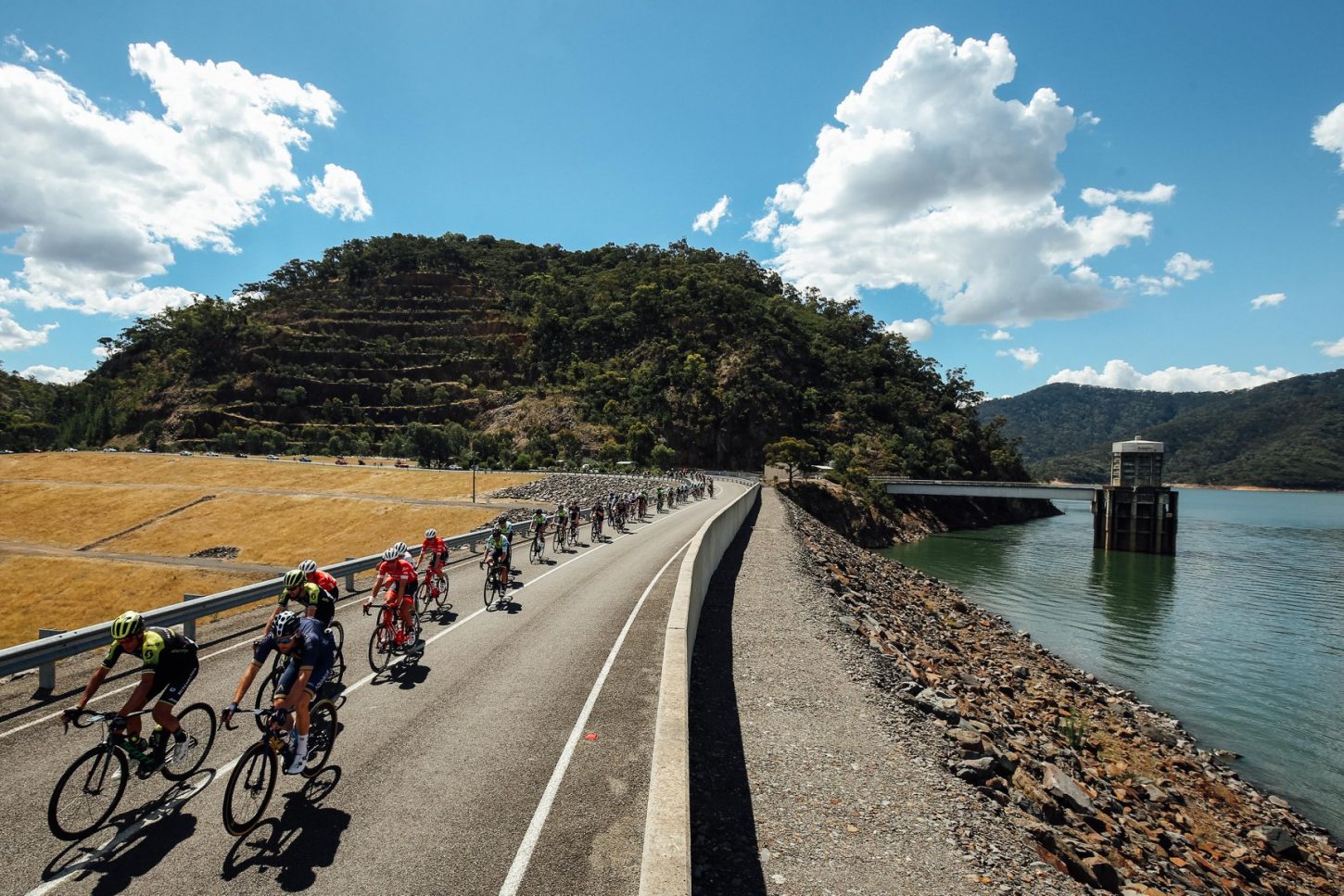 In his first stage-race back since a season-ending crash at the Giro dell’Emilia in Italy last September, Chaves attacked at the base of the final ascent and rode clear of a quickly reducing peloton. He powered up the category 1 climb with 20 kilometres remaining for a thrilling finale to the unrelenting 218 kilometer race that began in Nagambie at Mitchelton Winery.

“It is a really long climb,” said Chaves, who finished second at the 2016 Giro d’Italia. “I am really happy to start the season in this form. It’s a special feeling.”

Twenty-one-year-old Alex Evans (Mobius BridgeLane) put in a breakthrough ride to finish second, riding solo up the climb in pursuit of Chaves and eventually finishing 42seconds in arrears.

“I’m pretty pleased with that,” said Evans. “I had the team lead me 2 kilometers up the climb and then when they peeled off, Esteban peeled off the road so I tried to bridge across to him and no one else came with me, and I just couldn’t quite bridge across to Esteban.”

“I’ve got a 1st in the [National Road Series] Tour of Tasmania but other than that, this is definitely my biggest result.”

“We need to enjoy this – bike races aren’t easy. To finish tomorrow will be a hard one – everyone will attack for sure – and we need to finish it off,” remarked Esteban.

“This is a beautiful team,” he continued. “Everyone has a chance, everyone has an opportunity. There is no one captain here. The young fellas are really strong. I am very excited for the future, when all these guys grow up and mature. Most of the team is very young – Caleb, Edmondson, Durbo – they are all under 30. I am so excited about what will happen when everyone is grown up – we will attack at the top top level with these guys.”

On a day where riders were in the saddle for over six hours, the race began in the rolling hills of Strathbogie Shire. It headed up and into the picturesque town of Eildon, crossing over to Marysville before eventually finishing at the summit of Lake Mountain.

The group gained a significant advantage of six-and-a-half minutes before hovering around four minutes for the day. After an epic 185 kilometers baking in the summer’s heat, their time in the limelight came to an end, with the Mitchelton-Scott led peloton initiating the catch inside the final 25 kilometers. Chaves then lit up the race to end the queen stage in the yellow jersey.