CapoVelo.com
CapoVelo.com - - Johan Bruyneel: "Doping Didn't Start with Us and it Didn't End with Us"
59852
post-template-default,single,single-post,postid-59852,single-format-standard,no_animation

Johan Bruyneel: “Doping Didn’t Start with Us and it Didn’t End with Us” 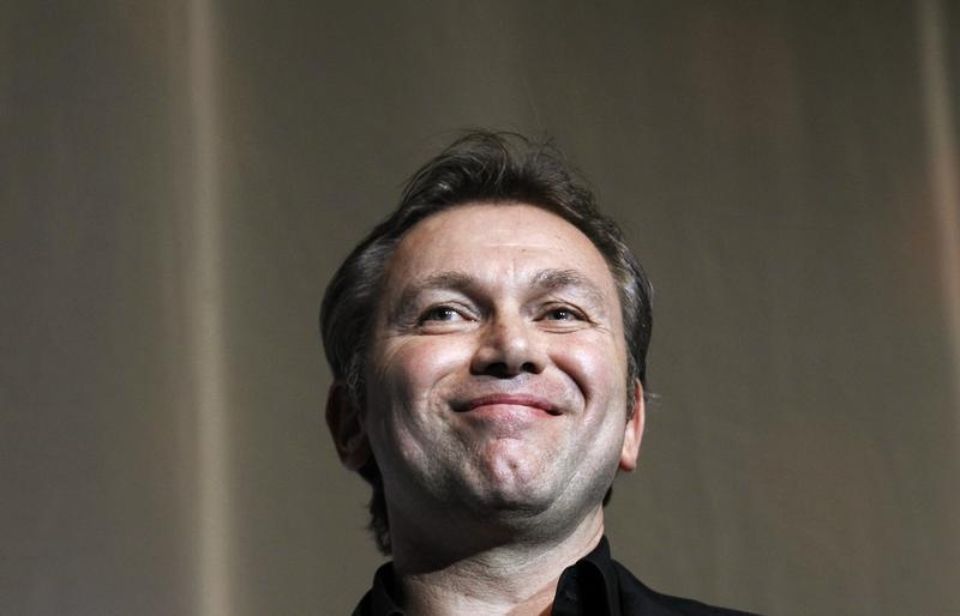 During an interview with the Belgian newspaper Het Nieuwsblad this week, former U.S. Postal Service team director, Johan Bruyneel reinvigorated the topic of doping in the sport of cycling by claiming, “doping didn’t start with us and it didn’t end with us”.

“I still can’t say everything about the case because it is still running but I do know that Lance and our team did not invent the system, it did not start with us and it did not end with us. It is easy to blame Lance and the team for everything that went wrong in cycling but sorry: I do not agree with that,” Bruyneel told Het Nieuwsblad.

“I think it’s striking: Lance lost seven Tour victories but none of the riders who finished behind him claimed the victory, why is that?

“Oscar Pereiro built a business around his victory in the 2006 Tour. If you can claim that you won the Tour, even though you weren’t on the podium, it can change your life. Still, nobody does that for the seven Tours from Lance Armstrong.”

A defiant Bruyneel was also asked about his Twitter account description which still reads, “Proud ex-manager of my dear friend Lance Armstrong, winner of seven Tours de France. No hypocrite.”

“Well, who else won?,” he asked. “There is so much hypocrisy. [Bjarne] Riis wins the 1996 Tour, admits he doped, but he can still keep his title. It’s ASO who determines who can keep their wins, and who cannot.

“For seven years we raced 3500 kilometers, suffered for three weeks and finally nobody won the race. No winner in all those years, that says enough to me.”

Yet, long after the veil has been lifted on Armstrong and Bruyneel’s systematic doping program, both men still remain pariahs in sport, mainly because of the way they allegedly bullied and intimidated their rivals, especially the media.

“I do not want to call it intimidation but rather arrogance, which I took part in and that was completely wrong,” said Bruyneel.

“We’ve made a lot of enemies, that’s a fact. I’m sorry and I can’t undo that anymore. We were in a daze, the focus was solely on results. I’m now embarrassed about how I behaved.”

Over the years, Bruyneel says he’s struggled to find a balance between that which he is culpable in, and that which he feels has been an unfair portrayal of him by the media.

“Emotionally, it has all been very tough over the years. You try to hold on to yourself or to hang to that image you portray outwards but it has been very difficult and it still is. It has changed me as a human being,” he said.

“The financial damage for myself is very high, much bigger than everyone thinks. The USADA report was published in 2012 and since then I have lost a lot of income.”

“I don’t want to complain but the whole thing cost me my marriage, it was the giant drop that tipped over the bucket. I learned who my real friends are, and there are very little in cycling. I had a hard time to deal with that.”

While Bruyneel says he’s taken steps to apologize to those he feels he mistreated, accusations coming from individuals like former team rider, Dave Zabriskie, claiming that he was pushed into doping by the team’s management, continues to anger the former U.S. Postal Service boss.

“I’m never going to apologize with him. His story is utter bullshit,” Bruyneel said.

“There’s not a lot of people who know about this, but I went to CIRC. I talked with these people for two days. I emphasized that Zabriskie’s statement was my most fundamental objection in the USADA file.

“Things happened, but never in this manner. For me, that story is unacceptable. If a conversation tilts towards David Zabriskie and Floyd Landis, then my blood starts to boil. I can’t talk about it. They both deal in marijuana now. That says enough.”

The more recent controversy regarding the practice of “mechanical doping” has also caused some consternation for Bruyneel, as some critics have suggested that in addition to the use of performance -enhancing drugs, Armstrong may have relied upon a hidden motor in his bike as well.

“It’s easy to kick someone who’s laying on the ground,” Bruyneel said of Armstrong.

“It started with the broadcast of 60 minutes last year. Then I contacted Istvan Vargas (the former racer and Hungarian engineer who is alleged to have created the first forms of mechanical doping). I asked him directly: is there something that I don’t know? Did you ever get to deal with Lance Armstrong?

“I think I knew everything about what was going on, but I also contacted all the mechanics. None of them ever heard about this. It shouldn’t be too difficult to find someone who wants to harm Armstrong but neither (French journalist) Philippe Brunel nor 60 Minutes found someone who confirmed the story.

“An engine in 1999? Impossible. It would’ve been known by now and technically it was impossible; not with the size of the batteries back then. On all the major races there was a liaison from manufacturer Trek on site too.”