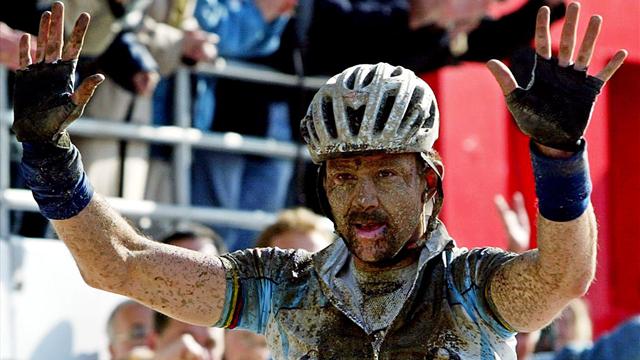 Happy birthday to Johan Museeuw, who was born on this day in Varsenare, Belgium in 1965.

Nicknamed the “Lion of Flanders”, the Belgian rider ranks amongst one of the most successful one-day riders – winning numerous prestigious “classics” races, to include the World Championships.

Indeed, Museeuw palmares reads like a who’s/who ? of cycling throughout his 16 year career stemming from the late 1980’s through 2004.