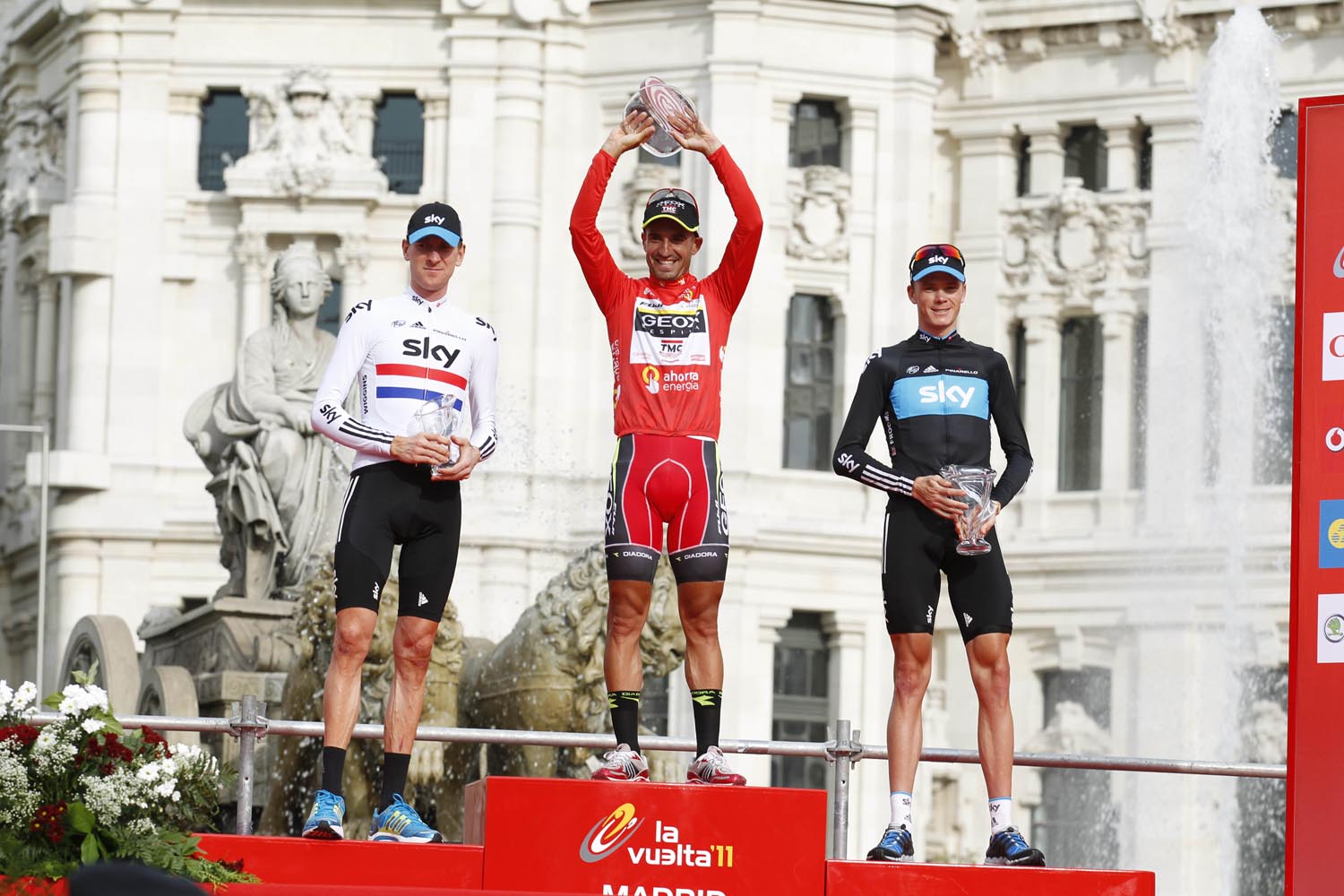 Cycling’s governing body, the Union Cycliste Internationale (UCI), has disqualified Juan José Cobo as the winner of the 2011 Vuelta a Espana on the grounds of “doping”, which will likely lead to Chris Froome being declared champion of the Spanish Grand Tour by default.

The UCI announced today that Cobo had been found “guilty of an anti-doping violation (use of a prohibited substance) based on abnormalities from 2009 and 2011 detected in his Biological Passport”.

As a result, he was ruled ineligible for a three-year period and will lose his 2011 Vuelta crown. Froome, who finished second in the race stands to declared the new winner.

“The Anti-Doping Tribunal found the retired rider guilty of an anti-doping rule violation (Use of a prohibited substance) based on abnormalities from 2009 and 2011 detected in his Biological Passport and imposed a three-year period of ineligibility on the rider. In accordance with the Procedural Rules of the Anti-Doping Tribunal, the decision will be published on the UCI website in due course,” the UCI said in a statement.

“The decision may be appealed before the Court of Arbitration for Sport pursuant to Article 30.2 of the UCI Anti-Doping Tribunal Procedural Rules and Article 74 of the UCI Constitution within one month as of today.”

“At this stage of the procedure, the UCI will no make any further comments.”

Cobo, who was riding for Geox-TMC team, won that year’s Vuelta by just 13 seconds from ahead of Froome, while fellow Team Sky rider Bradley Wiggins finished third.

Cobo has one month to launch an appeal against the decision before the Court of Arbitration for Sport.

However, should the ban stand and Cobo lose his title, Froome will be awarded the victory, making him Britain’s first Grand Tour winner, 10 months before Wiggins victory in the 2012 Tour de France.