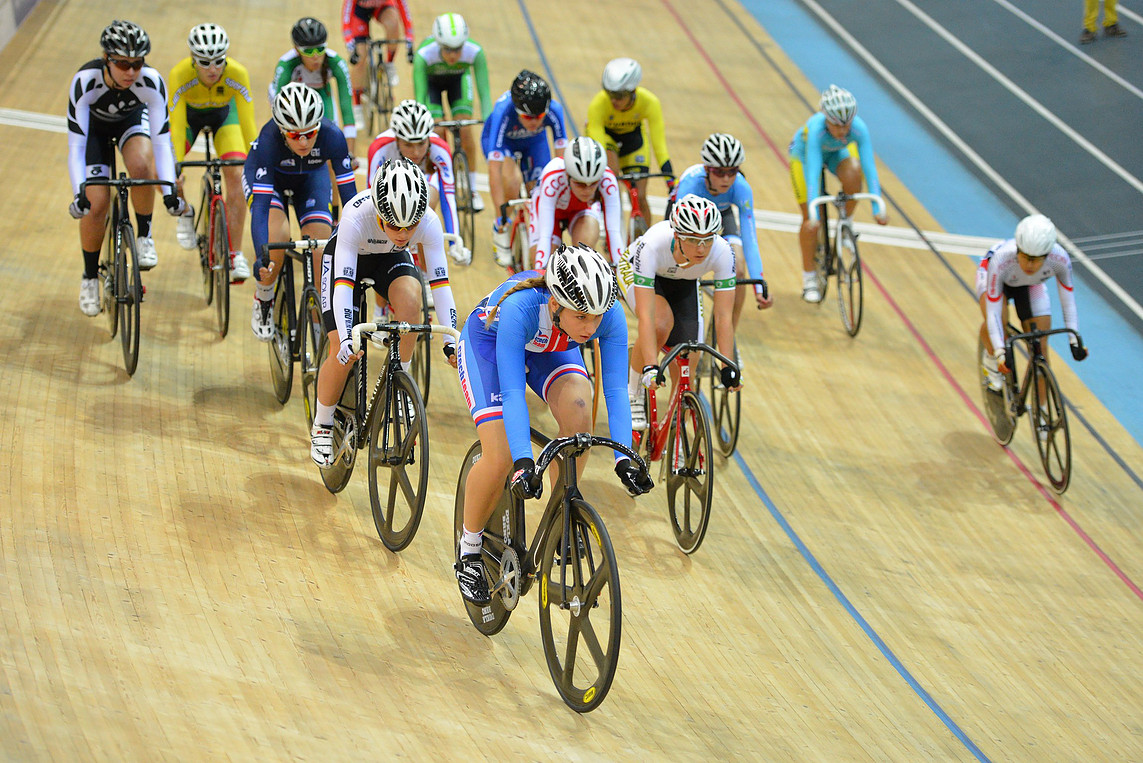 The UCI Junior Track Cycling World Championships will begin on Wednesday at the headquarters of the Union Cycliste Internationale (UCI) in Aigle, Switzerland.

One year on from the Worlds in Astana (Kazakhstan), more than 300 athletes from 43 countries (a participation record, with Brazil taking part for the first time) will compete for 19 titles during this 42nd edition of the World Championships for athletes aged 17 and 18.

With the aim of helping to develop the discipline all over the world, the UCI WCC has helped selected Junior riders to prepare for these World in Aigle. In the weeks leading up to the competition, 16 athletes from ten countries trained at the Centre, benefitting from its facilities and the advice of its professional trainers.

Since it opened in 2002, more than 1,100 young riders from over 100 countries have trained at the UCI WCC. Athletes who trained in Aigle have won three Olympic titles and 38 UCI World Champion rainbow jerseys.

During the UCI Junior Track Cycling World Championships, the World Anti-Doping Agency (WADA) and the UCI will lead a joint awareness programme entitled #IRideClean, in order to explain to the young athletes the dangers of doping. This programme is just one of the UCI-WADA initiatives that aim to protect the rights of honest sportspeople.

In terms of coverage, the event will be broadcast live every day on the website www.uci.ch and can also be followed on social media:

The 2016 UCI Junior Track World Championships will be held on a 200m track instead of the traditional Olympic size track of 250m.
Therefore there will be a few amendments to the races in order for them to run successfully on the 200m track.

The events taking place at the Junior Track World Championships are:

Team Pursuit – (M&W: 4km – 20 laps)
Two teams of four rider’s race against each other, starting on opposite sides of the track. Similar to the individual pursuit, the winning team is the team with the fastest lap. (During the qualifying rounds teams will compete one at a time on the track, during the semis and finals two teams will compete at a time) The time is taken on the front wheel of the third rider to cross the line.
M: Junior World Champions 2015 – AUSTRALIA (Rohan WIGHT; Alex RENDELL; Kelland O’BRIEN; James ROBINSON)
W: Junior World Champions 2015 – NEW ZEALAND (Bryony BOTHA; Michaela DRUMMOND; Madeleine PARK; Holly WHITE)

Points Race – (M: 25km – 125 laps; W: 20km – 100 laps)
This is the final race of the Omnium event, points are gained throughout the race during sprint laps, and every 10 laps the riders will do a sprint lap in order to gain points. The final result of the race is determined by the number of points riders have gained throughout the race. Points are for first, second, third and forth in each sprint. Riders win or lose 20 points by gaining or losing a lap.
M: Junior World Champion 2015 – Shunsuke IMAMURA (JPN)
W: Junior World Champion 2015 – Daria PIKULIK (POL)

Madison – (M: 30km; 150 laps)
A very similar event to the Points race as there is regular sprints throughout the race, except that it is a relay race for teams of two riders. Riders must sling each other into the race, resulting in one team member racing whilst the other slows down to take a rest. The racing will take place towards the bottom of the track, whilst those resting will be circling the track at the top of the banking. The final classification is established according to the distance covered and the points won in the sprints.
Junior World Champion 2015 – AUSTRALIA (Kelland O’BRIEN; Rohan WIGHT)

Individual Sprint
This event consists of three mini events, the qualifying round being a flying start 200m time trial, the semi finals consisting of multiple knockout heats of 2 laps and then the best two riders will fight it out in a final race. During the final race, it is common for riders to come to a standstill on the track in an effort to make their opponent take the lead, as this is the least advantageous position before the final sprint to the finish line.
M: Junior World Champion 2015 – Jeone PARK (KOR)
W: Junior World Champion 2015 – Emma HINZE (GER)

Keirin
A sprint race event originating from Japan, which consists of 3-7 riders over a distance of 2000m. The motorbike (derny) gradually increases the speed from 30 to 50km/h (25 to 45km/h for women) for the first 1400m (7 laps). The battle begins once the derny has left the track, in which the cyclists sprint to the finish line for the remaining 3 laps. Cyclists are not permitted to pass the derny until after it has departed the track.
M: Junior World Champion 2015 – Derek RADZIKIEWICZ (AUS)
W: Junior World Champion 2015 – Emma HINZE (GER)

Omnium
The omnium consists of 6 events. Riders must aim to collect as many points as possible throughout the 6 events: The Scratch Race, Individual Pursuit, Elimination Race, Time Trial, Flying Lap and

Points Race.
First place riders receive 40 points, second place 38 points, and third place 36 points and so on. The points are accumulated after the first 5 races. The 6th and final race will result in the riders increasing or decreasing their points depending on the points won or lost during the final Points Race. The winner of the Omnium is the rider who has the highest total of points at the end of the 6th event.
M: Junior World Champion 2015 – Campbell STEWART (NZL)
W: Junior World Champion 2015 – Danielle MCKINNIREY (AUS)