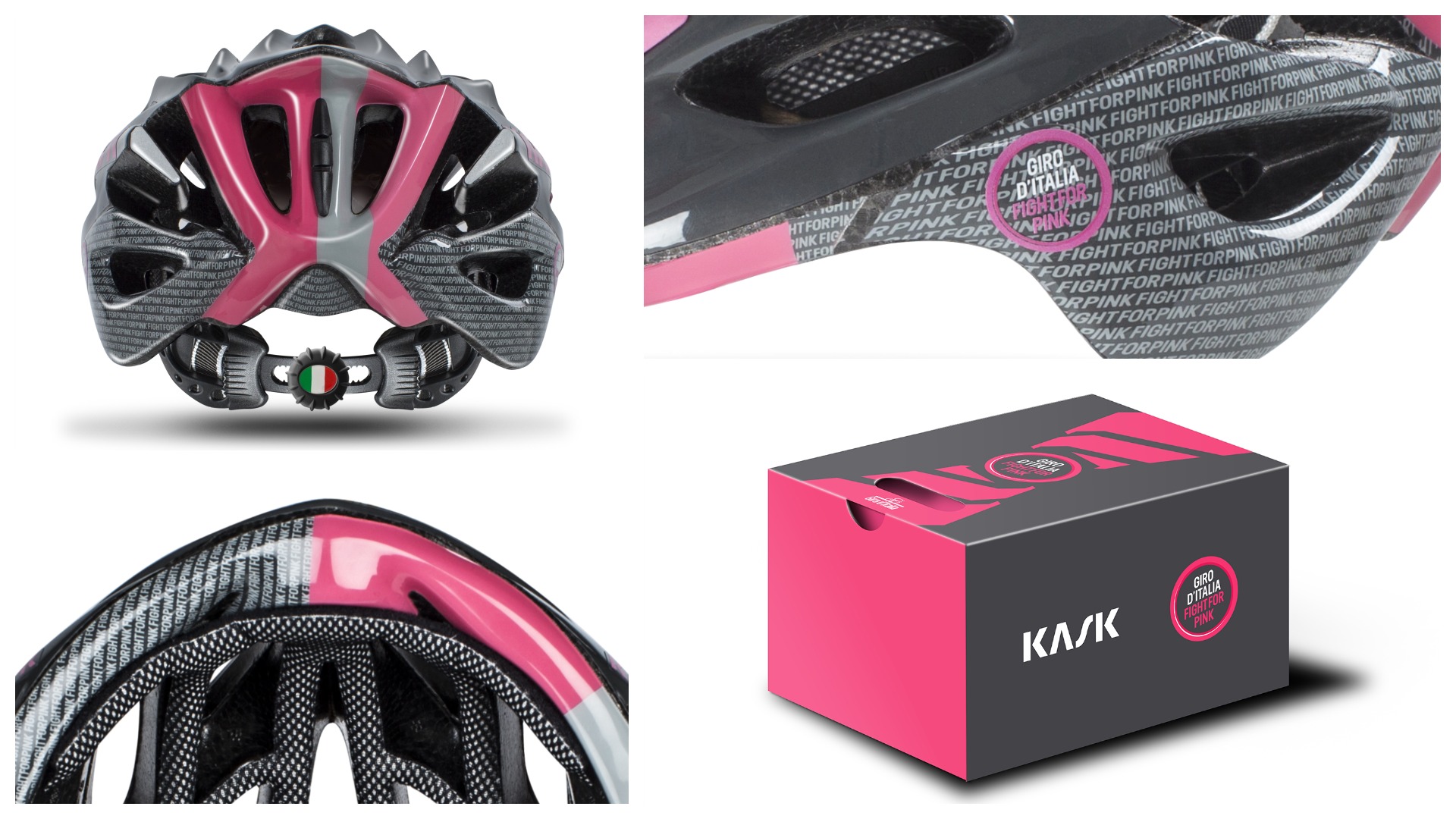 Kask announced this week, that it has launched a special edition of its Mojito helmet, to commemorate this year’s Giro d’Italia and the brand’s sponsorship of the inaugural Gran Fondo Giro d’Italia.

The special addition helmet, features bold strokes of pink, along with a carbon fiberesque finish – punctuated with the Giro’s infamous ‘Fight for Pink’ slogan.

According to the Giro’s organizer, RCS Sport, the helmet represents their commitment to promoting products that are ‘100% made in Italy’, and proudly display the passion, craftsmanship and quality of Italian cycling.

“Italy, and this region in particular, has played a pivotal role in the evolution of cycling and the ride demonstrates why the ‘100 percent made in Italy’ mark is held in prestige around the world.”