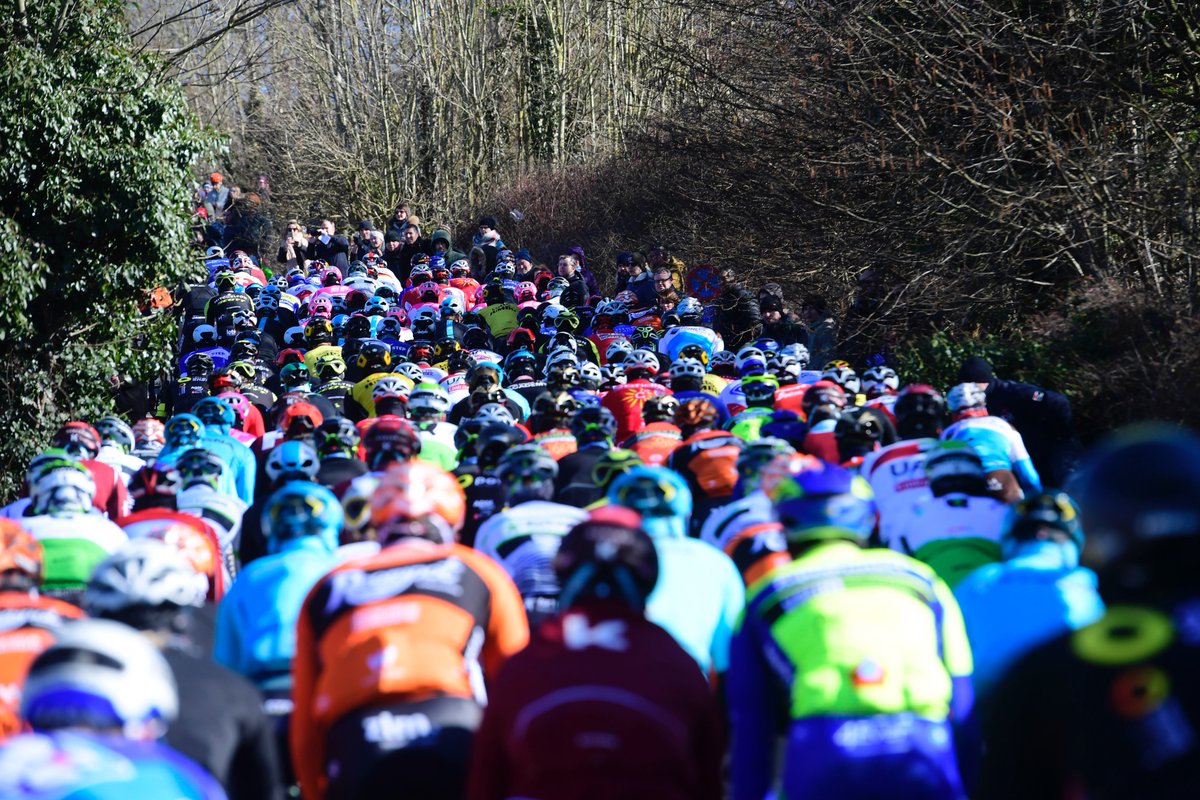 Duval and Vliegen were eventually reeled back in by a fast charging peloton under the auspices of Lotto Soudal and LottoNL-Jumbo, while Vermote remained out front until the closing 150 meters where the Belgian rider was swept up by Démare et al.

But, waiting on Démare’s wheel was Groenewegen, who timed his final acceleration to perfection, sprinting past his French rival during the waning moments of the race to seize the honors.

Meanwhile, Colbrelli crossed the line in third to claim the final spot on the podium.

Back in the peloton, Sep Vanmarcke (EF Education First-Drapac), along with a sizable group of around 21 riders, broke clear of the main field, subsequently opening up an advantage of more than half a minute as they approached the climb of the Kluisberg.

The race remained in stasis until the last few kilometers, where Duval initiated an attack during the final lap, but was quickly joined by Vermote followed by Vliegen.

Vermote appeared to be the strongest of the three riders as they clung to a slight advantage during the final kilometers, while the peloton loomed behind.

All but Vermote were caught during the closing few hundred meters, as the chase led by Démare swept past.

Groenewegen was the first rider to respond to Démare’s aggressions, but initially missed a big split in the bunch as Jasper Stuyven, Greg Van Avermaet and Matteo Trentin went up the road.

However, thanks to a concerted effort on the part of his LottoNL- Jumbo team, Groenewegen found his way back into the fold.