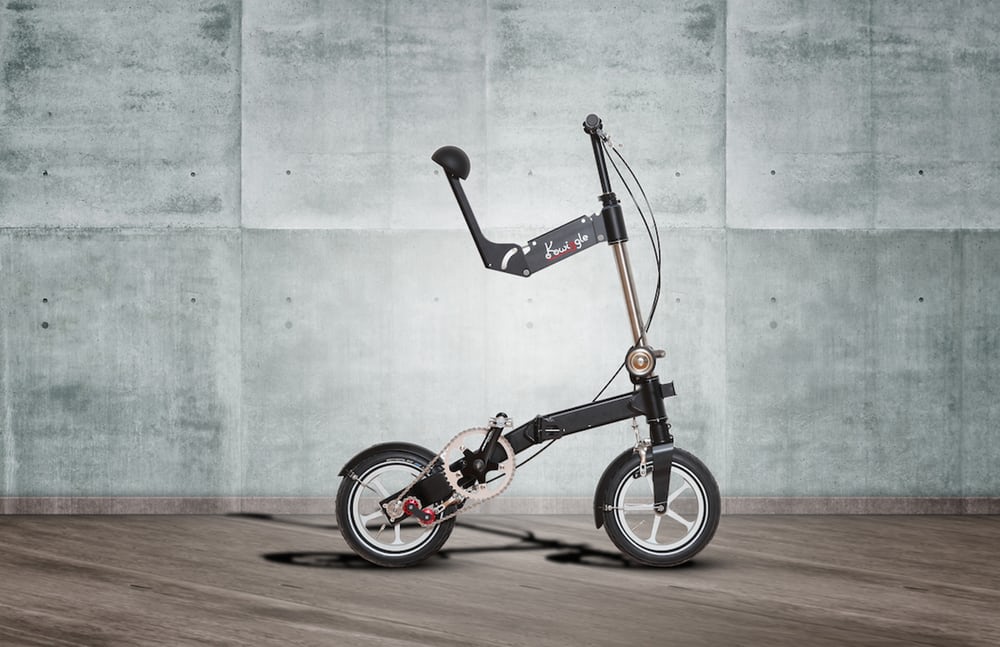 The steady rise of urban cycling has been viewed as both a means of streamlining transportation, while also reducing the “carbon footprint” of major metropolitan areas.

As a result, bike designers have been inspired to come up with some creative ways to increase the portability of bikes as a way of getting more city-dwellers off of four wheels and onto two.

Measuring just 21x15x9 inches and weighing a mere 18 lbs, the Kwiggle is designed to be the world’s most compact folding bike, boasting ease of transport and superior performance over traditional folding bicycles.

However, more than just being easy to transport, Kwiggle says its innovative design is also more comfortable than other folding bikes by virtue of its upright riding position. Moreover, given its lightweight construction and choice of upscale componentry, Kwiggle claims its bike easily surpasses the performance of other folding bikes – allowing cyclists to travel at speeds upwards of 20 mph.

Again, perhaps the most appealing feature about the Kwiggle is its size, which can fold up in a matter of seconds and lend itself as carry-on luggage, that’s easily storable under the seat of most buses and subway trains.

The Kwiggle is manufactured in Germany from stainless steel tubing, along with a mix of premium components, such as a waxed stainless steel chain, fenders, a Velo saddle and a Miche crankset.

You can discover more about the Kwiggle bike, by visiting the company’s Kickstarter page here.