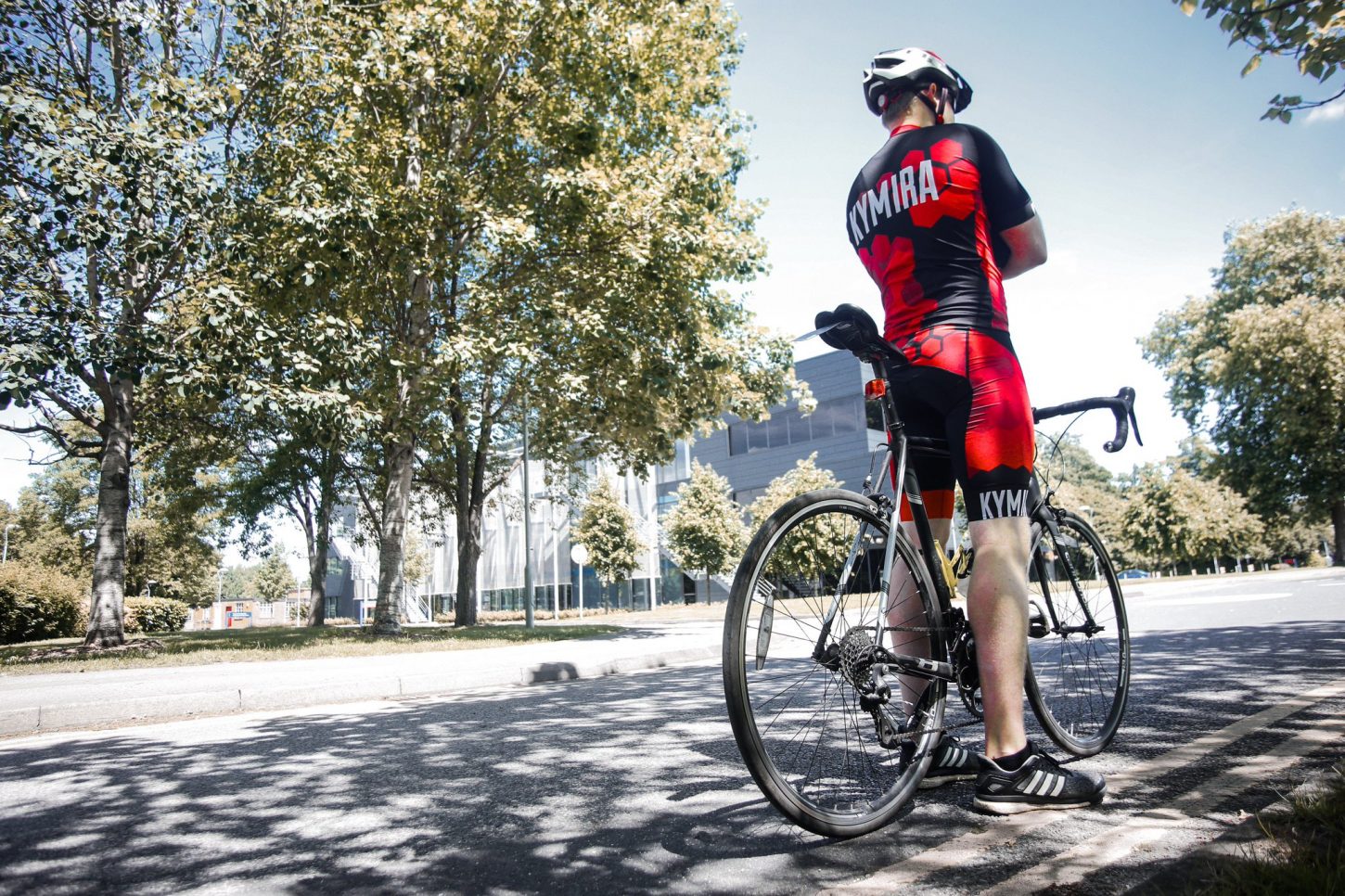 01 May 2018
By Campionissimo - In FEATURED ARTICLES, LATEST ARTICLES, THE DOUBLE DIAMOND

In an industry already saturated with cycling apparel, is there any more room for another brand?

Apparently the British brand KYMIRA Sport thinks so, by offering something that’s tech-wise far above and beyond the competition.

According to KYMIRA, their cycling apparel uses a sophisticated fabric technology that captures the body’s wasted energy and converts it into a wavelength called Far Infrared Radiation (FIR), which is then returned back to the body for “increased performance and recovery”.

However, KYMIRA is quick to point out that its technology didn’t evolve overnight, rather it involved years of research and development that’s supported by no fewer than ten published independent clinical trials, which resulted in their revolutionary material being awarded “medical device” status in the EU, Australasia and the USA.

While there are other cycling apparel brands that feature similar technology, KYMIRA’s special fibers are woven directly into the polyester/elastane fabric, making them more resistant to washing and guaranteeing improved longevity.

KYMIRA’s current range of cyclewear includes both men’s and women’s jerseys and bibshorts called the Onyx and Pr02, which are distinguished mainly by style.

However, in the women’s range, there are technical differences in the bibshorts, wherein the PrO2 features a more race-oriented Y-strap and LaFonte HD ergonomic chamois, while the Onyx comes with a traditional two-strap design and the company’s simpler LaFonte Vigor pad.

Both the men’s and women’s ranges also include base-layer tops and leg-warmers, along with casual tops, socks and calf-warmers that can be worn post-ride/recovery.

You can learn more about KYMIRA’s range of cycling apparel by visiting their website here.