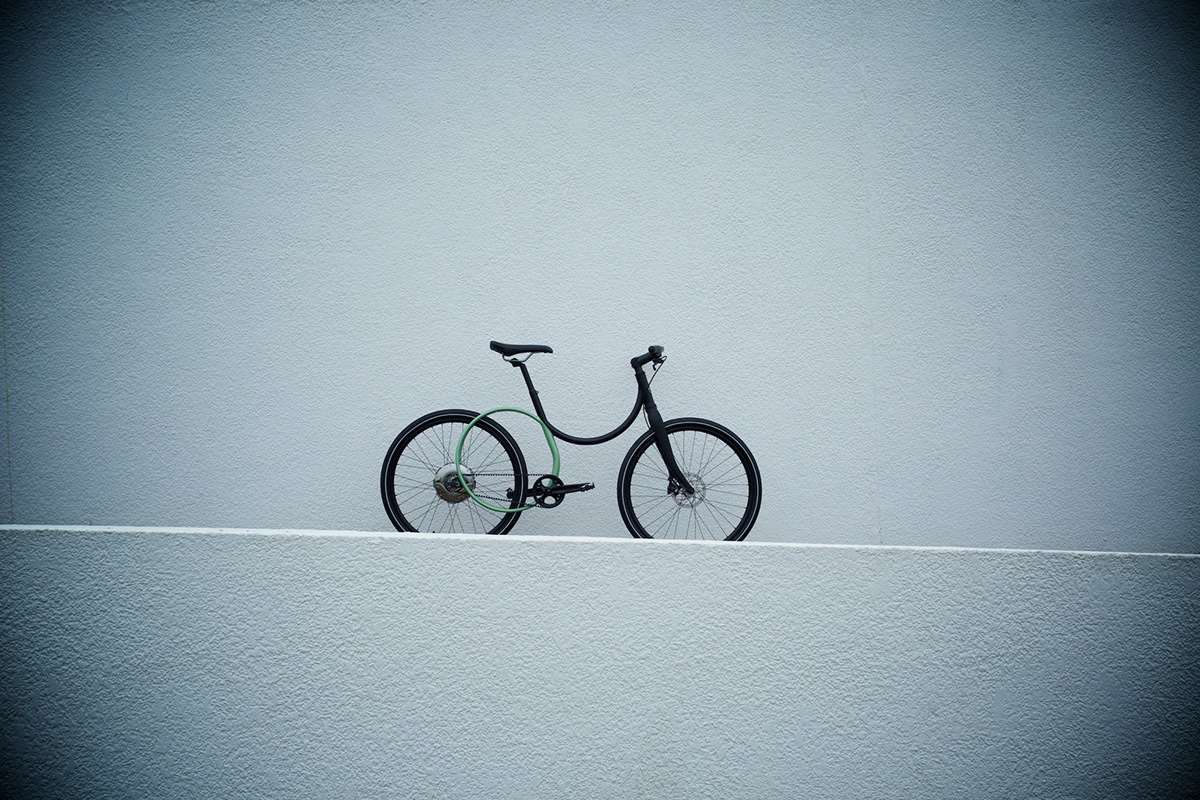 26 May 2016
By Campionissimo - In LATEST ARTICLES, THE DOUBLE DIAMOND

According to Causse, the La Grande Motte’s dramatic curves and circles, are symbolic of the French city’s dynamic and continuously evolving architecture.

“No matter how a bicycle is designed, the circle will always be its basic geometric shape,’ explains Causse. ‘The circle is the most harmonious shape. in collaboration with the french bike company Caminade, we wanted to honor this shape by combining multiple circles in harmonious colors.’ The electric La Grande Motte is setup with a ZEHUS motor made in Italy – an all in one system with the electronics and battery inside. The pedal system uses a carbon gate belt drive system.

“What I find fascinating about Jean Balladur’s architectural work is his constant and committed pursuit of blending complementary masculine and feminine qualities”, continued Causse. ‘I wanted to honor this approach by designing a bike with feminine lines, but which retains a masculine character, resulting in a clean and stylish design. when designing La Grand Motte, Balladur dedicated more than two-thirds of the land area to green space, pedestrians and cyclists! that was ground-breaking at the time. So this bike, the fruit of my partnership with caminade, invites everyone to discover and enjoy this incredibly visionary urban space. as for the lime green, this is a nod to the awning color that Balladur chose for certain pyramids and shows how he inspired even the smallest of details.

The La Grande Motte is made from rounded steel, and is 100% handmade at Caminade’s facility in France.

The identical process is used to create both the front and rear sections of the bike, while using the painstaking process of fillet brazing to join the tubes.

The La Grande Motte is equipped with an Italian built ZEHUS electric motor, which can easily be recharged by simply plugging it in.

While, the bike doesn’t have a displayed of its own, riders who wish to manage their speed, battery status, route data and other social functions, can use ZEHUS’ own mobile app, which is compatible with any smartphone via Bluetooth.

Lastly, the La Grande Motte’s drive-train is comprised of SRAM’s 2-speed AUTOMATIX rear hub, which features a centrifugal clutch that changes gears in accordance with the rider’s speed, and is driven by a Gates carbon belt.