CapoVelo.com
CapoVelo.com - - Lance Armstrong Helps with a Cycling Bet followed by a Stint at a Gun Range
25456
post-template-default,single,single-post,postid-25456,single-format-standard,no_animation 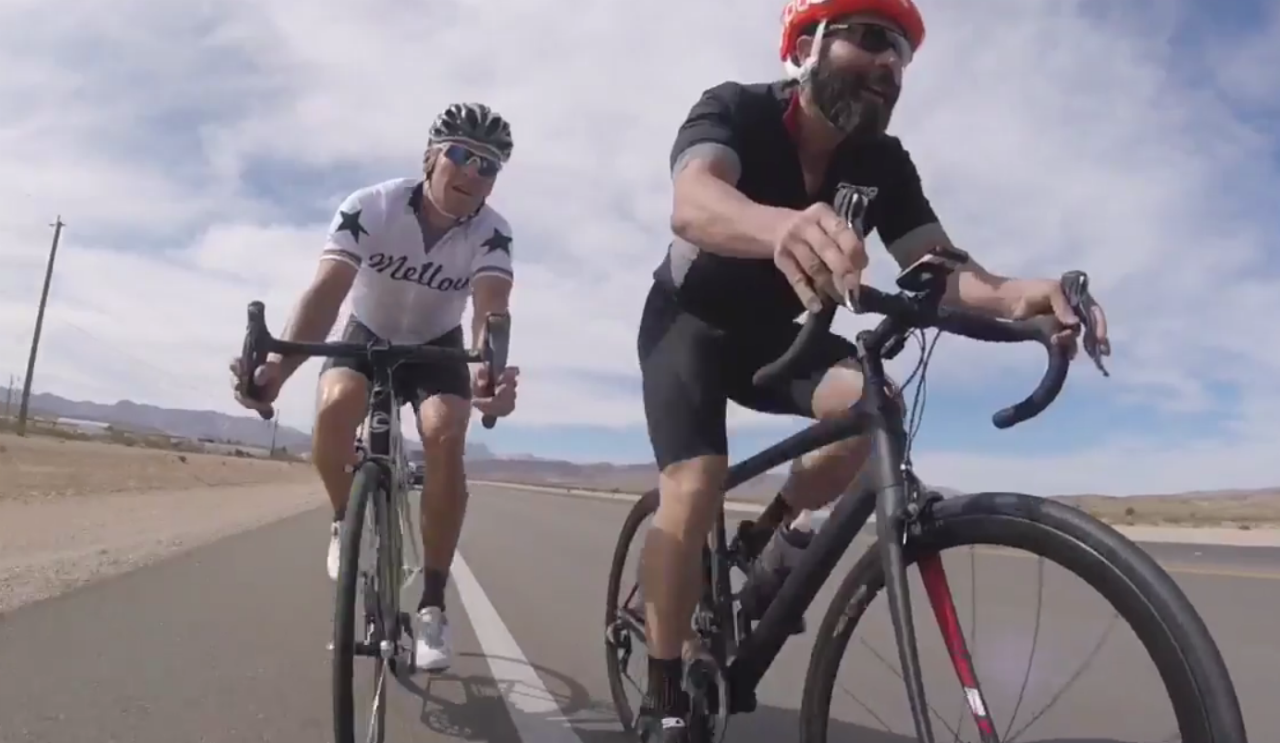 18 Mar 2016
By Gianni Pericolo - In LATEST ARTICLES, THE BROOM WAGON

This week’s news of the weird, involves none other than Lance Armstrong, wherein the defrocked Tour de France champion headed out a bizarre cycling excursion, that ended up with a stint on a gun range – or vice versa as it may have been.

Armstrong hooked-up with the equally controversial figure, Dan Bilzerian, who for reasons that remain unclear, was challenged to a $800,00 bet by fellow high-stakes poker player, Bill Perkins, wagering whether he could ride a bike from Los Angeles to Las Vegas in less than 48 hours.

To add to the curiosity, UFC commentator, Joe Rogan, sent a message to Bilzerian alerting him to the fact, that Armstrong was willing to give him some one-on-one training ahead of the ride.

Armstrong, who will seize any opportunity to grab some good publicity these days, later teamed up with Bilzerian to lend him some training advise.

But, their time together was spent doing more than just cycling.

Armstrong is seen in this video having a male-bonding session that included a visit to Bilzerian’s arsenal, followed by a trip to the gun range.

What automatic weapons have to do with training for an endurance ride, is odd to say the least.

However, one can only imagine who Armstrong may have been envisioning as his target? 😆

Shoutout to @lancearmstrong for flying in to help me train for my ride LA-Vegas in 48 hours pic.twitter.com/2HJ0OjuBKu