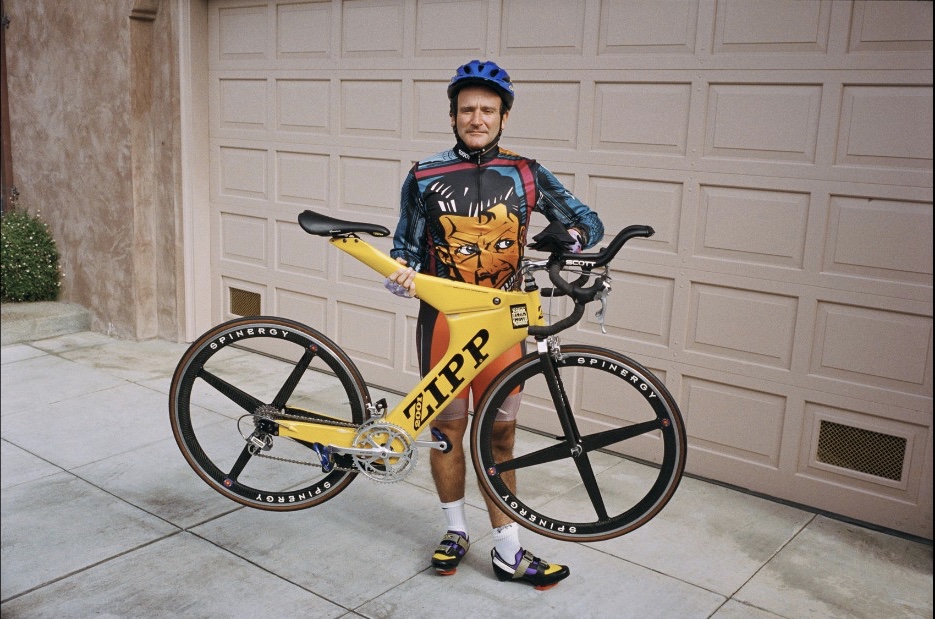 It’s possible Robin Williams loved bikes as much as anyone ever loved the two-wheel conveyances.

The late Oscar-winning actor’s bikes are now up for auction, with the proceeds going toward the Challenged Athletes Foundation and Christopher & Dana Reeve Foundation.

As many know, Williams was a diehard cyclist for many years. And, over time he amassed a collection of bikes that spanned the gamut.

At its peak, Williams’s collection numbered more than 100 bikes, an eccentric and encyclopedic stable that in many ways reflected the comedian himself.

“He had such a passion for the sport and the bicycle,” said Williams’s friend Jim Ochowicz, a former elite rider who manages the pro BMC Racing Team. “He loved the colors, the design, the engineering. When I rode with him, he’d often be on another bike, and I’d be like, ‘Whoa, where is that one from?

Williams could be generous with his collection, too.

During his life he auctioned off many bikes for charity, routinely throwing in a ride with himself as a sweetener. Davis Phinney, the former 7-Eleven team cycling star, said that Williams spontaneously jumped in as an auctioneer at fundraisers for Phinney’s foundation for people with Parkinson’s disease.

Paddle8 is overseeing the auction, which features bikes ranging from simple cruisers, to many of Williams’ more serious road bikes.

Here’s glimpse of just a few of the road bikes that are up for auction.