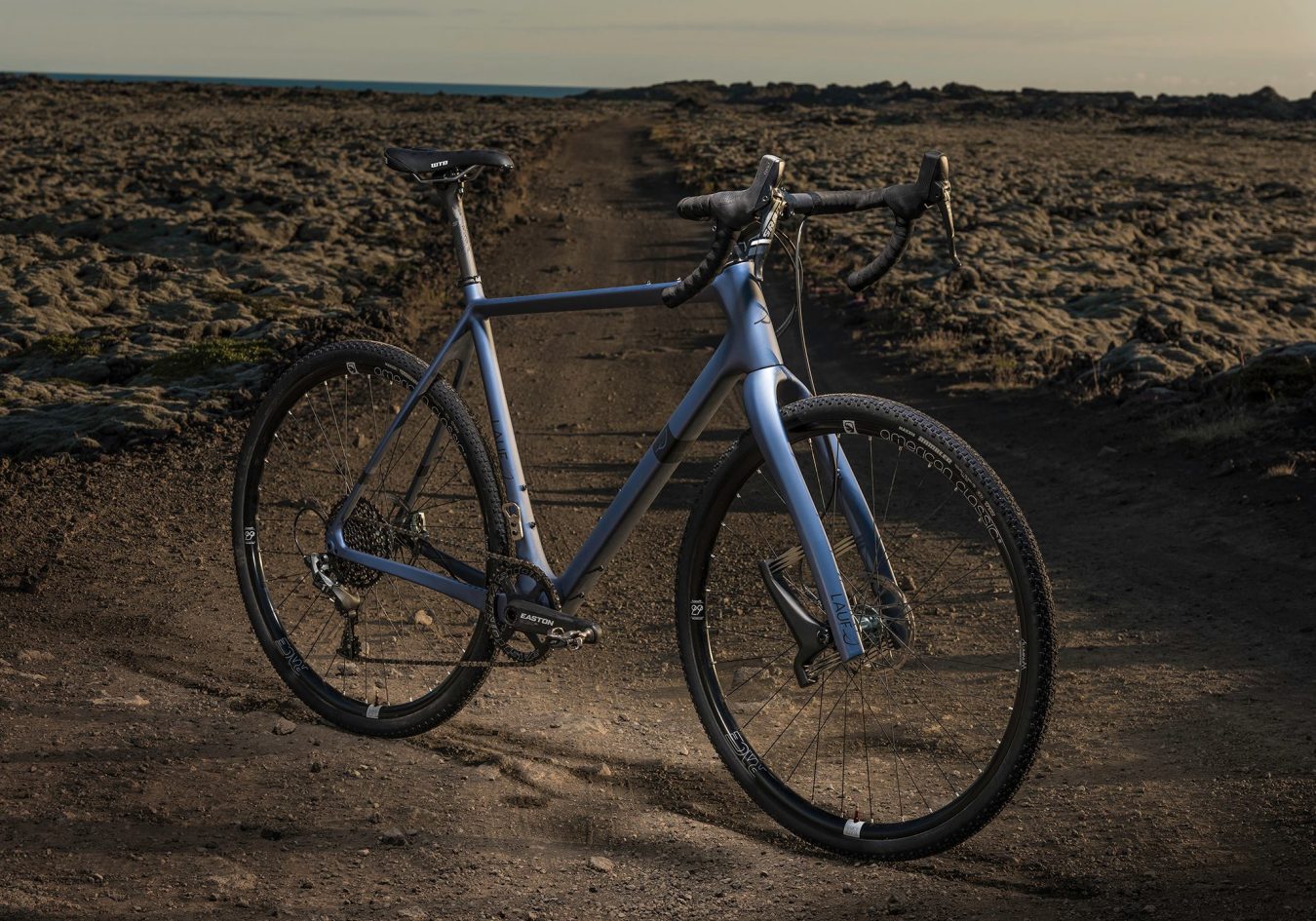 It seems only natural that the maker of the innovative Lauf leaf-spring fork would eventually focus its attention on creating their own gravel bike, which the Iceland-based company promptly did with the launch of its new True Grit.

The True Grit’s frame features a full carbon construction that relies upon specially selected tube profiles and shapes in order to yield optimal  handling, strength and durability, with particular emphasis on the modulus of the carbon and the lay-up technique used during the fabrication process.

Of equal importance, is the True Grit’s approach to geometry and clearance, which Lauf says puts the rider in what they call a “long, and low and slack position” that correlates into greater stability and aerodynamics, or what they say is “Making you Long 4 Speed.“

On the issue of clearance, the True Grit can accommodate tires up to a whopping 45mm in size 700c.

It’s clear that Lauf prefers the choice of 1X drive-trains for its True Grit, by virtue of the fact there’s no cable routing for the front derailleur to work with a double-chainring set-up. However, the work-around for those determined to have a 2X set-up can be accomplished by using SRAM’s wireless eTap groupset.

The True Grit is available in three complete builds starting at just under $3700 called the Weekend Warrior, which features SRAM’s Rival 1 groupset with American Classic AM28/Terrain wheels and carbon cockpit pieces from Easton and FSA, or as a frameset for $2690.

The True Grit is offered in just three sizes (Small, Medium and Large), albeit in two different “fits” (Short and Long) in order to accommodate a wider range of riders, wherein the “Long” fit gets a 1cm longer stem.

The True Grit sells directly to customers via two pricing platforms. For those who want their bike immediately, Lauf offers standard pricing, but if one is willing to wait up to 3 months, he or she will receive a 10% discount.

Lauf says, this approach keeps their parts inventory low, while also allowing them to paint frames in accordance with the customer’s request, so there’s never an issue of too many of one size or color sitting on the shelf.