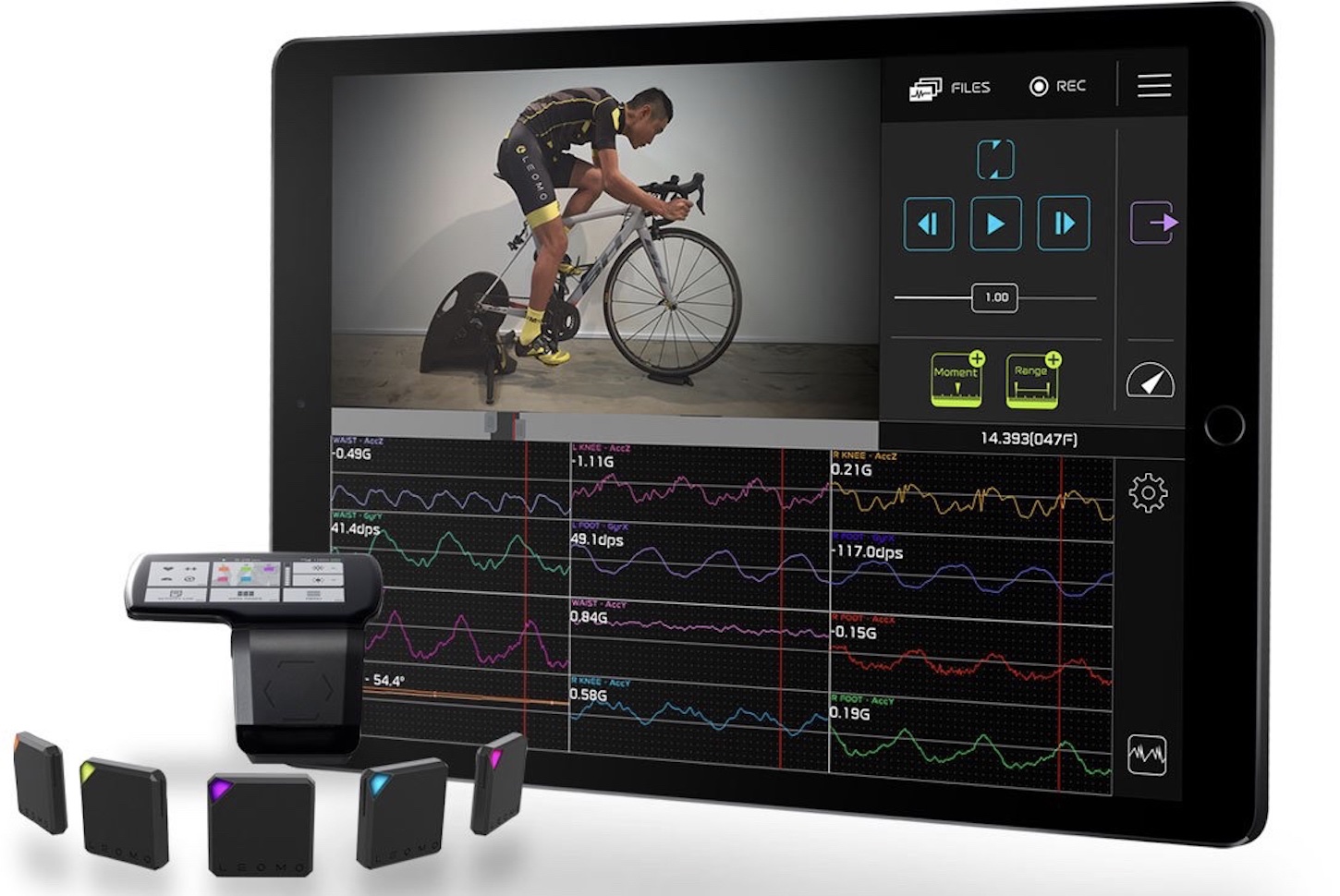 “Until now, athlete motion analysis has been limited to occasional sessions at labs or studios that do not reflect real-world training or race conditions, and often require elaborate and expensive systems. LEOMO’s innovative LVS video technology marries the TYPE-R’s portable motion data to video captured by LVS. This allows athletes and their coaches to easily and unobtrusively collect data in the same conditions they train and compete in”, says LEOMO.

The app-based LVS is designed to work seamlessly with LEOMO’s TYPE-R device to give users the ability to sync numerical motion data with video capture in the real-world environment, whereby the LVS utilizes an IOS tablet’s camera to record a cyclist in motion at 120 to 240 frames per second while also pairing wirelessly to the TYPE-R to provide immediate feedback from the motion sensors.

For instance, the five motion sensors that comprise three-axis gyroscope and axis accelerometers, have the ability to record a cyclist’s movements at 100 data points per second. Unlike the TYPE-R, which had specific senor placement locations, LVS gives the user the ability to place the sensors anywhere on the cyclist’s body. It also gives the user the ability to filter the data into LEOMOs cycling MPIs (Motion Performance Indicators) or to access the raw data that is being transmitted from the motion sensors.

Additionally, video playback takes place easily on the tablet with a touch of a finger, giving the user the ability to review each session in the field. Moreover, when reviewing the recorded session through the LVS application, users have the ability to sync video and motion data, speed and slow down recorded video/data, mark multiple areas of interest with the lap feature, trim multiple sections for detailed review and much more. Also, when users are done working in the field they can easily export the data from the LVS application to your desktop or laptop computer for further review.

“The TYPE-R was just the beginning. Our focus is on the big picture”, said Kunihiko Kaji, CEO and co-founder of LEOMO. “ We are paving the way for the future of motion analytics. Designing tools that can be taken out of the laboratory and into the field. That is the next generation.”

“LVS provides instant video feedback and the ability to combine it with numerical data outside where the training happens….that is the complete package,” he added.

“One of the things that makes LVS so valuable within the industry is this marrying of the motion data to video. There are other video capture softwares out there but none of them allow you to take them outside into the athletes training and racing environment…LVS is truly the holy grail.” said PeaksTraining founder Hunter Allen.

For more information about the LVS you can visit LEOMO’s website here.