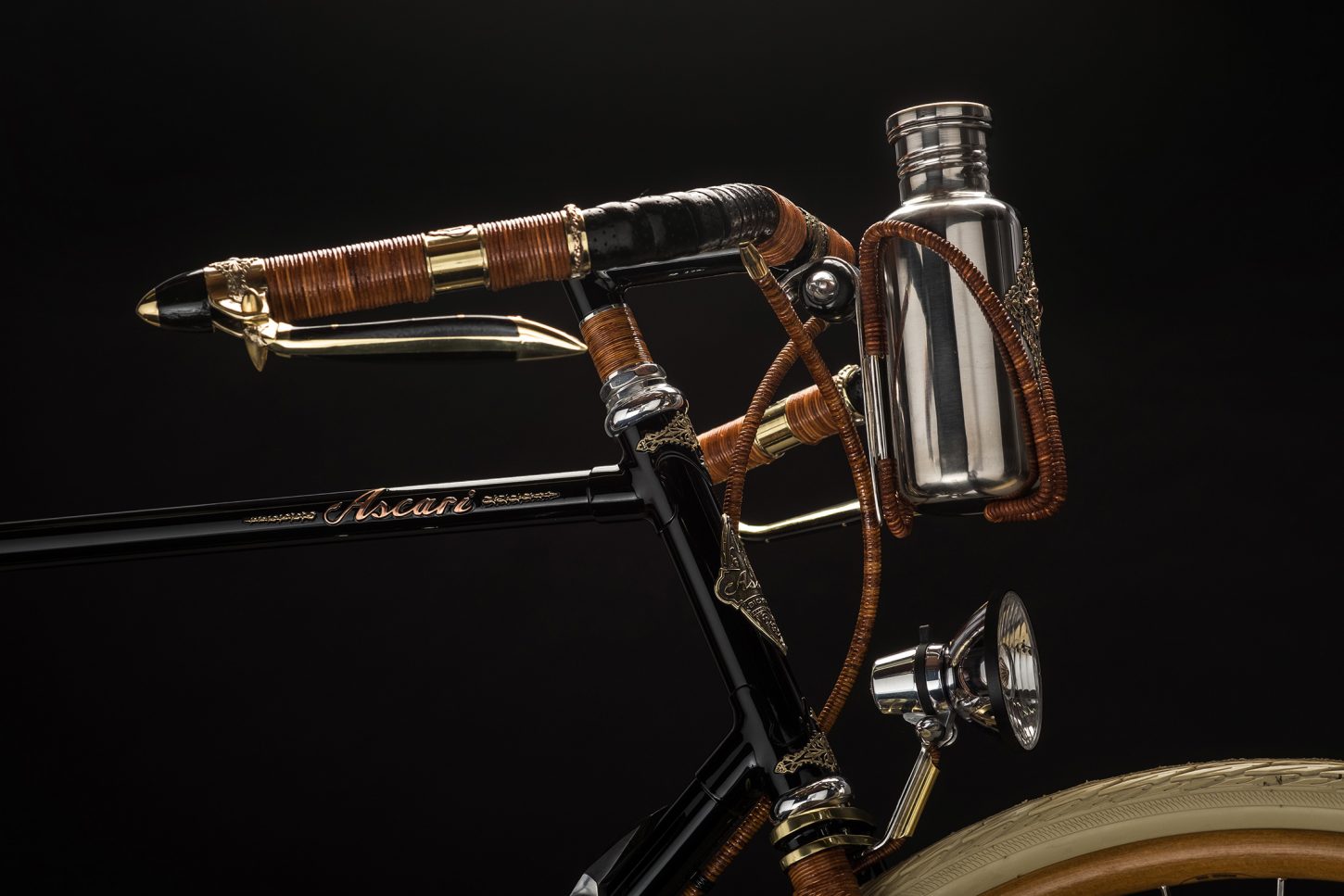 Amongst the myriad of artisan bikes and components at this year’s North American Handmade Bicycle Show in Hartford, Connecticut, stood a figure surrounded by a menagerie of bicycles that possessed such opulence, I wondered if I was visiting a museum rather than a bike exhibit.

The person I’m referring to is Helio Ascari, who had bikes of such magnificence on display, for a moment I felt as though I was experiencing the incarnation of Leonardo da Vinci before me, save for the fact that it would have taken an extremely generous brush from any of the Renaissance, Baroque or Rococo painters in order to turn Ol’ Leonardo into such a modern-day Artemis as Helio.

According to the Italian-born Helio, he developed a passion for all things antiquity at a young age, quickly embracing the art of restoration after becoming proficient in metal working, handcrafting, painting and furniture making in the industrial factories and mills of his youth in Brazil.

These skills later culminated into the art of bicycle making, but on a level that defied being just bespoke, his bikes soon became regarded as bejeweled.

Alongside his wife Maria Thereza, Helio founded the brand that bears his name in 2011, taking refuge in an artisan workshop in Brooklyn, New York to build his masterpieces.

However, at the risk of making Helio’s bikes seem too extravagant to be ridden, rather they should serve as standing artwork only, they’re fully functioning bikes that also comprise modern materials and technology that are meant to be ridden.

Just not left unattended, at least not in New York City.

You better have the Mona Lisa that you can put up for auction, as the price of admission for owning an Ascari Bicycle isn’t cheap, as some of the bikes that were on display exceeded the thirty-thousand dollar mark and beyond, with clients over the years that have included Ralph Lauren and Fabergé.

Helio currently offers three models, the King Series, the City Collection and Track Series, all of which are custom made to order down to the finest details that require hundreds of hours of craftsmanship to complete.