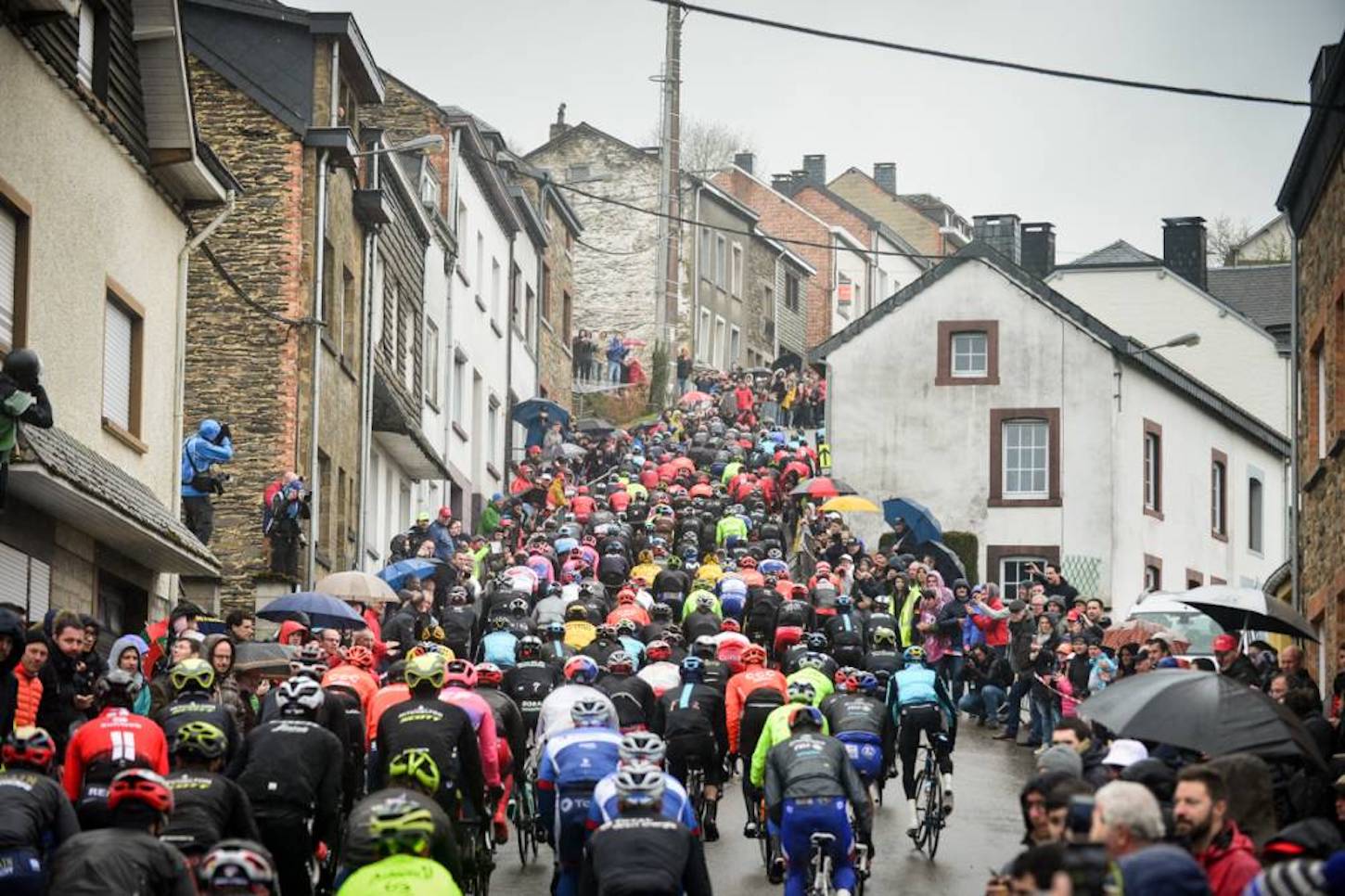 Jakob Fuglsang (Astana) claimed the 105th edition of the Liège-Bastogne-Liège Classic today, after the Danish rider capitalized on his performance over the Côte de la Roche-aux-Faucons before soloing away with 13 kilometers to go

He is the second Danish to win Liège-Bastogne-Liège, 26 years after Rolf Sorensen.

Meanwhile, Davide Formolo (Bora-Hansgrohe) finished second, with his teammate Max Schachmann dominating the sprint amongst the remaining group to claim the last spot on the podium.

Van Gestel was the first rider to get dropped from the group, while Kevin Deltombe (Sport Vlaanderen Baloise) and Mathijs Paaschens (Wallonie Bruxelles) managed to bridge their way to the lead group after 15 kilometers.

In the meantime, the peloton only managed to cover 30 kilometers during the first hour, while the breakaway group proceeded to open up an advantage of more than ten and a half minutes.

But, as the lead group reached the first climb of the day, La Côte de La Roche-en-Ardenne, their gap had fallen to 6:40.

With the breakaway group holding at around six minutes, Julian Alaphilippe (Deceuninck-Quick Step) attacked from within the chase, subsequently shattering the peloton into pieces.

As a result, riders like Adam Yates (Mitchelton-Scott) and Jelle Vanendert (Lotto Soudal) were momentarily dropped, while World champion Alejandro Valverde (Movistar) abandoned with 105 kilometers to go – missing his opportunity to match Eddy Merckx’s record of five victories in Liège-Bastogne-Liège.

Upon approaching the sequence of Wanne – Stockeu – Haute-Levée. the lead group’s advantage was down to just one minute, prompting Bernard to go it alone at the start of the Côte de Wanne.

However, it wasn’t long before the peloton reeled the escape group in at the bottom the Col du Rosier.

Kangert decided to attack his fellow breakaway companions on the Côte de la Redoute, while Fuglsang’s Astana tried to control the pursuit effort.

But, the attacks kept flying from within the chase, with Patrick Konrad (Bora-Hansgrohe), Tim Wellens (Lotto Soudal) and Daryl Impey (Mitchelton-Scott) eventually making their way to Kangert just before the final climb of the La Roche-aux-Faucons.

From there, Fuglsang attacked along the steepest part of the climb with Formolo and Michael Woods being the only two riders who were able to mark his move.

But, the determined Danish rider succeeded in dropping his two rivals with 13 kilometers remaining to claim a solo victory.