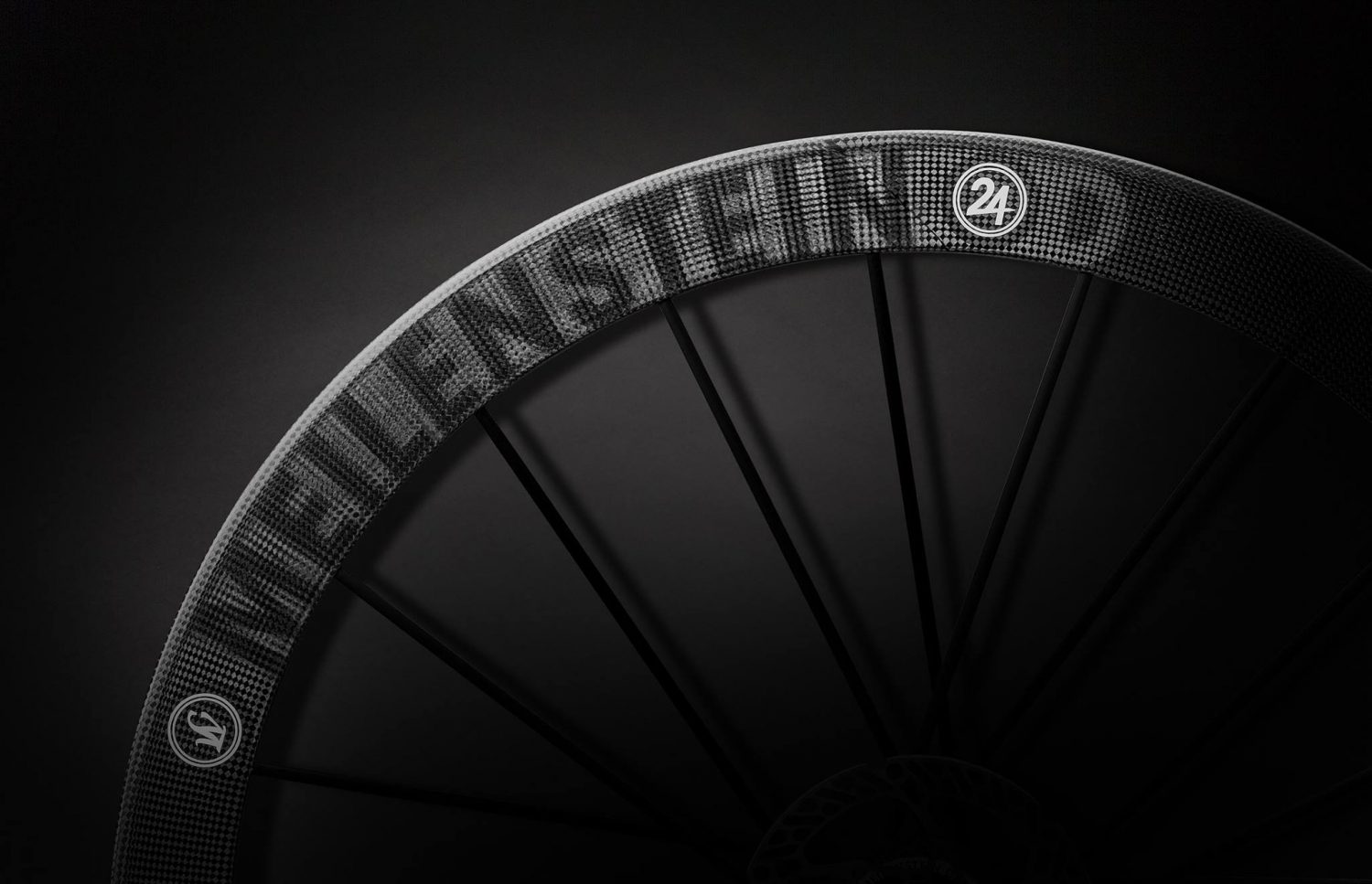 Announcement of the MEILENSTEIN DISC goes all the way back to the spring of 2016, when news of the wheelset first broke cover.

However, the current iteration possesses enough refinement, that Lightweight is seemingly referring to it as a new model.

The latest version carries over a similar appearance and design as its introductory sibling, however, rim depth has been increased ever so sightly  to 47.5mm and there’s a new pentagon shaped carbon hub that Lightweight claims has increased rigidity by 10%.

Perhaps the most appreciable update to the new MEILENSTEIN DISC lies in the width of its rim, which has been increased substantially to 24mm, thus allowing for a greater range of tire choices.

Also, the MEILENSTEIN DISC is now available in both tubular and clincher.

THE UNBELIEVABLE WHEEL, this is how our Lightweight MEILENSTEIN DISC wheel was recently named by Magura engineers after they conducted several tests on their test stand.

For many years Magura Germany is well known for their merciless testing procedures regarding disc brake components. One of these testing pro- cedures is a special emergency braking test, where a wheel is decelerated under full load conditions from around 50 km/h down to zero.

When Magura got their hands on the MEILENSTEIN DISC wheel and put it on their test stand, Lightweight ́s head of engineering Robert Bastian received a call from Magura ́s engineers some weeks after, saying that the Lightweight wheel has now survived 8000 full load emergency sequential brake tests. Previous peak values from comparable disc brake wheels were at 6000 to 7000 emergency brake tests before they were damaged.

Some months later Magura ́s engineers were in contact with Robert Bastian again and reported that this MEILENSTEIN DISC wheel was left on the test stand and has now survived the unbelievable amount of 20,000 full load emergency brake tests, and still, the wheel is in outstanding condition. Subsequently the wheel was measured and examined for its technical figures. These were exactly the same as they were at delivery date. Absolutely unique.

These outstanding test results prove, from the conceptualization of the MEILENSTEIN DISC line, our engineers got it right first time. The patented pentagon hub was identified as the best possible solution to generate a mechanical lock between the hub and the wheel, while distributing the apparent one sided braking forces from the disc rotor. Combined with the full-carbon spokes, which can resist 1.8 tons of tensile force each, this pentagon hub represents a technological innovation for a safe and reliable wheel that has never been seen before. The Lightweight MEILENSTEIN DISC.