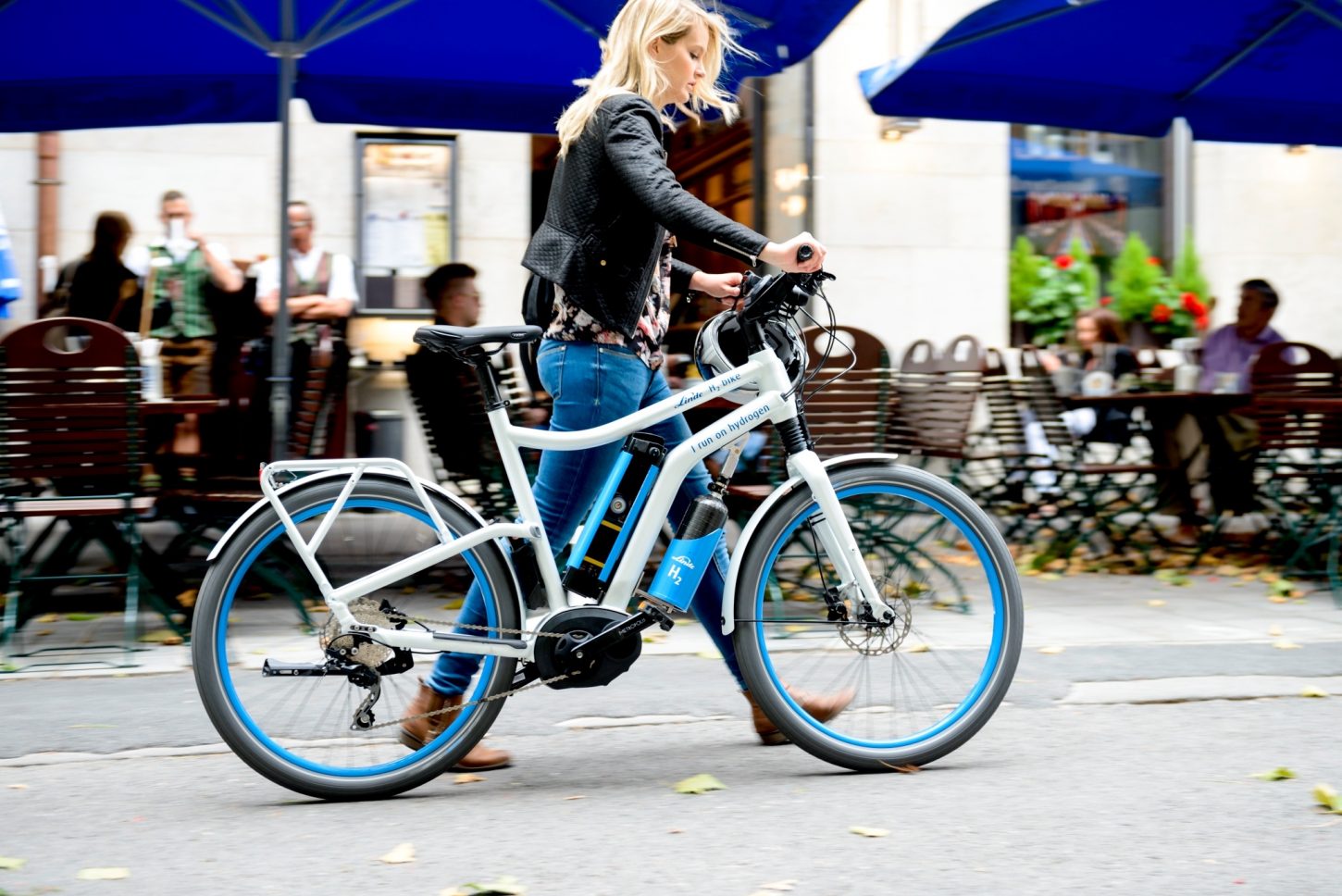 So far, electric bicycles have reigned supreme as it relates to providing efficient transportation modalities for urban areas, while just as importantly, reducing their carbon emissions as well.

However, what if there was a bike that didn’t have to rely on batteries and charging stations in order to accomplish this, but instead could collect hydrogen from the surrounding air and create renewable energy?

Sound far fetched? Not to the German company Linde, who’s developed a hydrogen powered bike that generates electric power from hydrogen and oxygen taken from the air that’s capable of providing cyclists with power-assistance in excess of 60 miles (100 kilometers) with as little as 1oz of hydrogen. Moreover, the system produces zero emissions.

According to Linde, it took its engineers less than three months to develop the project from the initial idea to a functioning prototype. Under the motto I RUN ON HYDROGEN, the H2 bike demonstrates that there is indeed a viable alternative to conventional batteries used in electric bikes, thus further increasing the appeal of what is already viewed as an environmentally friendly mode of transportation.

The system works by obtaining hydrogen through the electrolysis of water using wind energy or by reforming biogas. The carbon balance of the H2 bike is therefore significantly lower than that of an electric bike where the battery is charged using power of mixed sources drawn from the energy grid.

Additionally, just like hydrogen-powered cars, fuel-cell bikes have the dual advantage of a long range and a short refueling window of just a few minutes. Furthermore, they eliminate the need for traction batteries, which come with a limited lifespan and are difficult to dispose of.

“Linde is pushing new and unconventional ideas to contribute to the widespread commercialization of hydrogen as a clean technology,” says Wolfgang Büchele, CEO of Linde. “With the Linde H2 bike, we have shown that the benefits of hydrogen drives are not restricted to cars – bikes are another interesting application”. “The group is strongly committed to developing hydrogen technologies, both for producing sustainable gas and creating a quick, safe recharge network.”

There are currently no more than 220 hydrogen refilling stations across the world, and virtually none here in the USA.

However, Linde is hopeful that its technology will catch-on, and lead to more H2 sales and hydrogen refilling stations world-wide.

You can learn more about the H2 bike by visiting Linde’s dedicated I RUN ON HYDROGEN website here.