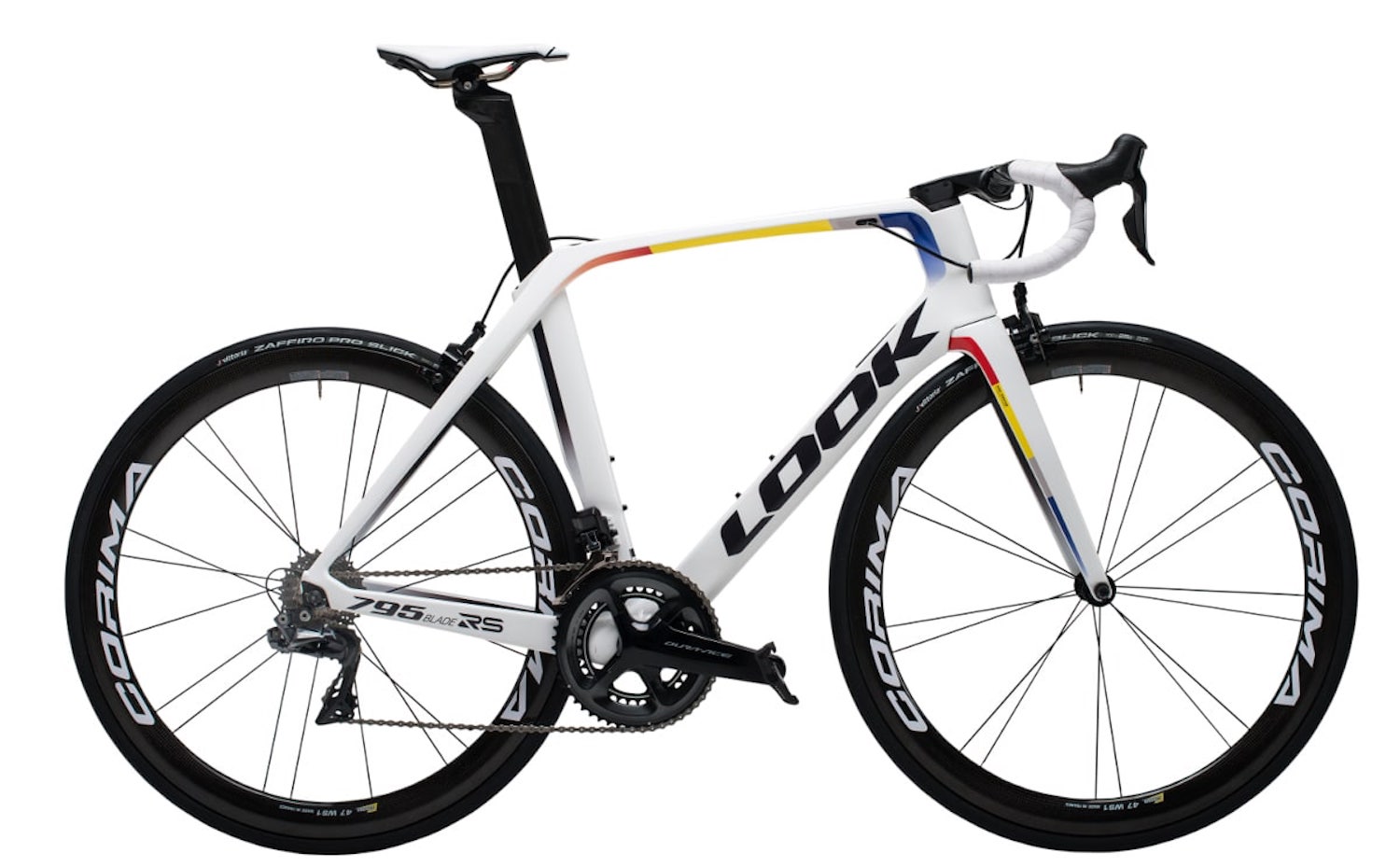 Images of the new 795 Blade RS previously whirled about the internet, most of which were spuriously posted by various cycling outlets following last July’s Eurobike show.

But, as of this week, the iconic French brand has posted some more definitive images of its new aero road bike, albeit with very few details.

What we can glean ahead of the show, is that the new 795 Blade RS will be available in four models, two of which will be offered with traditional caliper brakes, while the others will feature hydraulic, flat-mount disc brakes.

The top-of-the-line models will come equipped with a Shimano Di2 Dura-Ace drivetrain and Corima wheels, along with two others that will offer customers a choice between either Shimano’s electronic or mechanical Ultegra groupset.

There also appears to be the option of spec’ing the 795 Blade RS with LOOK’s integrated handle and stem assembly, as well as the possibility of getting the brand’s ZED carbon crankset.

We’ll know more after the show.