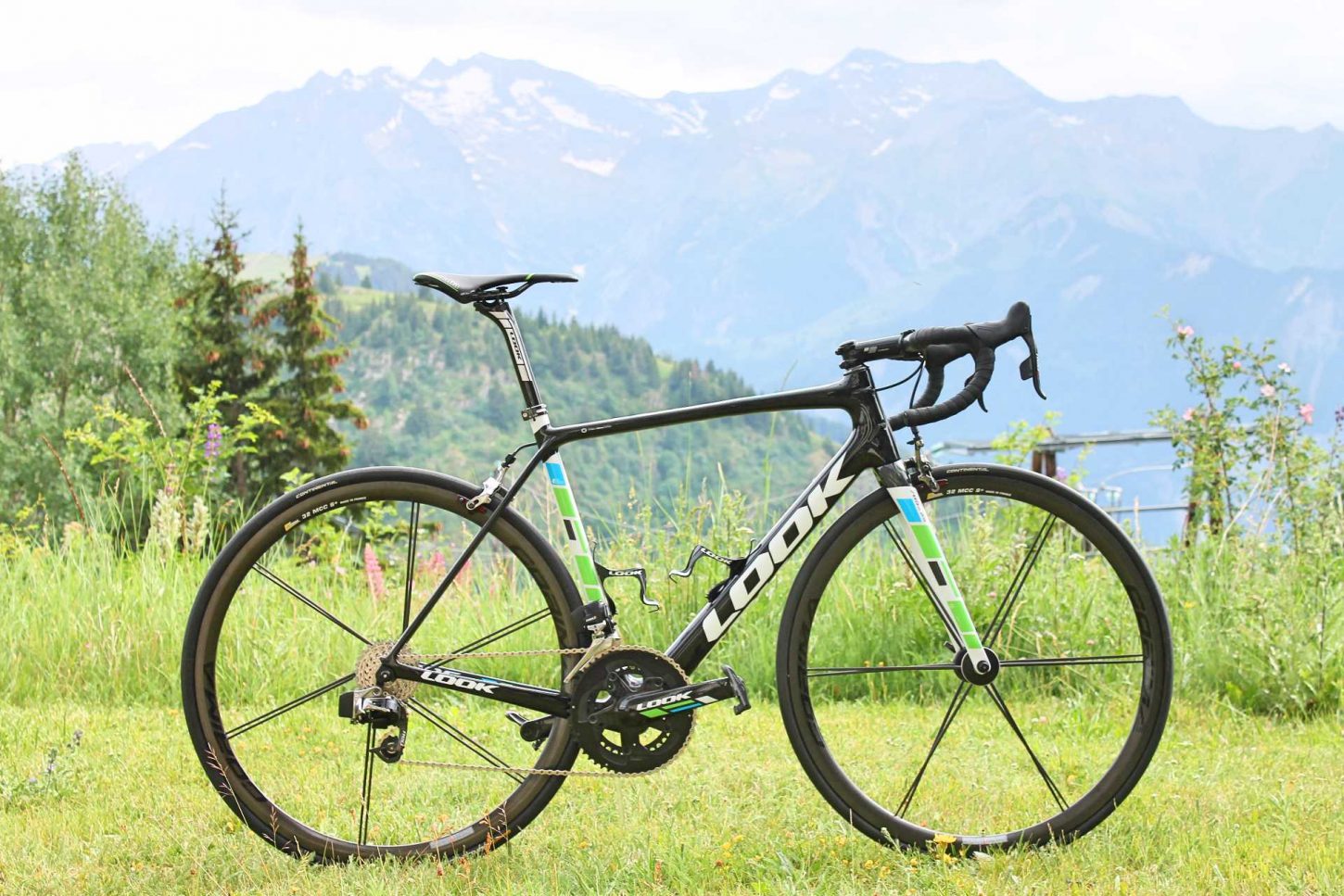 While details are still forthcoming, LOOK has apparently launched a couple of new lightweight road bikes called the Superlight 785 Huez RS and 785 Huez.

LOOK has yet to officially announce the launch of the 785’s, however, the Fortuneo – Vital Concept is slated to debut the new RS version at the start of next week’s Tour de France.

The 785 Huez RS will represent LOOK’s new flagship model, while the 785 Huez, which is made from a slightly different combination of carbon, will be the French brand’s penultimate model.

Preliminary specs put the 785 Huez RS at a feathery 730g for the frame and 280g fork, while the 785 Huez weighs in at a considerably heftier 990g/350g respectively.

LOOK employed a new technology in the development of 785, which they call “Optimized Inertia Section”, wherein a mix of round and square shaped tubes were oriented using “nano” layers, which are thin layers (1/100th of a millimeter) of various moduli of carbon fiber, in order to yield a frame that’s both extremely light, yet very strong and stiff.

LOOK product manager Fred Caron said, “we looked at what is best – a small tube with thick walls or a very big one with thin walls? The answer is somewhere in between.”

“This is the lightest we could do with today’s technology. We conform to EU safety laws plus 60 per cent and there is no minimum rider weight limit – it is rated to 100kg like our other bikes and for the first time we are offering a lifetime warranty.”

LOOK has yet to announce pricing and availability for the new 785’s, however, it’s expected that both models will become available starting in October in a number of different “builds” and colorways, starting with Shimano’s Ultegra groupset all the way up to the Japanese brand’s top-of-the-line Dura Ace Di2 electronic groupset.