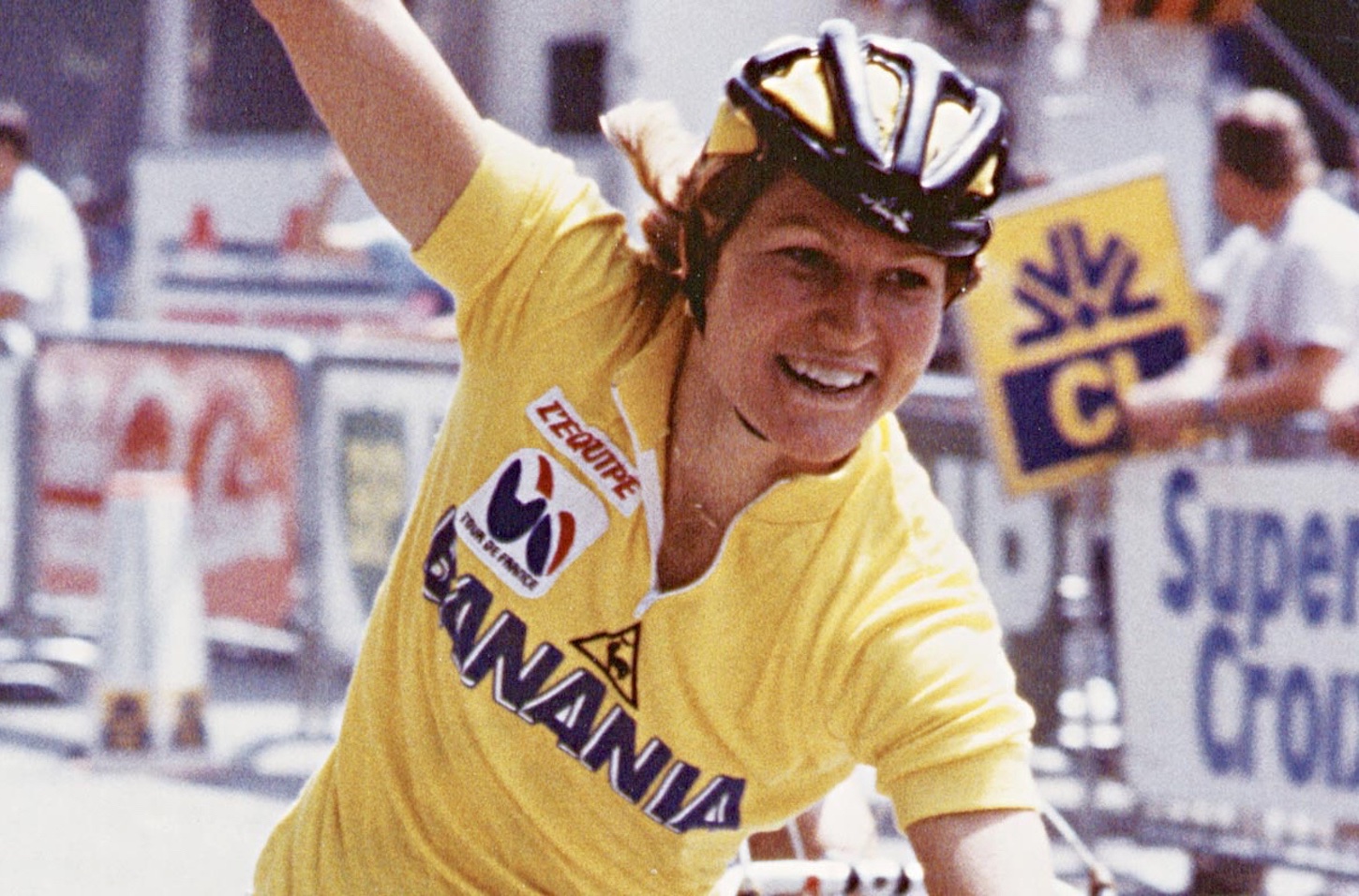 1984 marked the first-time both a woman and a man stood on the podium as winners of the Tour de France together.

Most fans will remember that it was Laurent Fignon who won the men’s race, but only the most adept of enthusiasts will recall that is was the American rider Marianne Martin who won the women’s title. Moreover, that it was the inaugural edition of the women’s French Grand Tour called the Tour de France Féminin.

The previous year, one of the Tour’s organizers, Felix Levitan, stirred controversy by proposing there be a women’s version of the race. Not surprisingly, this sparked criticism from the cycling world, with Fignon himself remarking, “I like women, but I prefer to see them doing something else.”

However, Levitan was successful in pushing his plan through for the next season, creating a 1,083 kilometer, 18 stage race that ran concurrent with the men’s event.

The Dutch national team was heavily favored, with its leader Heleen Hage featuring prominently as the race’s likely winner.

Little did anyone expect that an underdog American team with an unknown rider by the name of Martin would triumph.

The New York Times inked a few obligatory pre-race words, but didn’t print anything until Stage 12, the first of the Alpine climbs.

Martin knew that climbing prowess was vital to winning an international race of this level, and prepared herself accordingly with a strict regimen of ascending the mountains of her native Colorado on almost a daily basis.

Her preparation paid-off, as she attacked and won the two categorized climbs, finishing more than a minute and a half ahead of the peloton on the latter of the two. After that, the New York Times came alive and followed the race closely from there.

Martin continued her strong ascending and captured the malliot jaune (yellow jersey) after the 14th stage and never looked back.

Martin lead the Tour de France Féminin into Paris, marking the first and last time an American would stand on the top step of the podium.

Unfortunately, the Tour de France Féminin was greatly overshadowed by the Olympic Games that took place in Los Angeles that summer, missing the historical enormity of what Martin and her team had accomplished.

The Tour de France Féminin continued in the same format until 1989. After that, the race began to lose both stages and riders.

In 1992, a new race was created called the Tour Cycliste Féminine, which was organized by Pierre Boué and held in August.

In 1998, the race was made to change its name to the Grande Boucle Féminine Internationale, as the use of Tour was prohibited due to it being the intellectual property of the Société du Tour de France.

From there, race organizers had to scramble for sponsorship nearly every year and were forced to schedule stages in cities that contributed money, regardless of their location.

As a result, there were long transfers between the finish of one stage and the start of the next.

The race began to take a steady decline in the 2000’s, when in 2004 in was discontinued, with most crediting its demise to a lack of funding due to old-fashioned sexism.

“If you can find the money, they’ll let you put the race on,” says Martin.

“Otherwise I won $1,000 at the Tour and had to share that with my team. I paid for my own flight to New York, to get to Paris. I funded everything myself, bought my own bikes, got into debt to fund my career.”