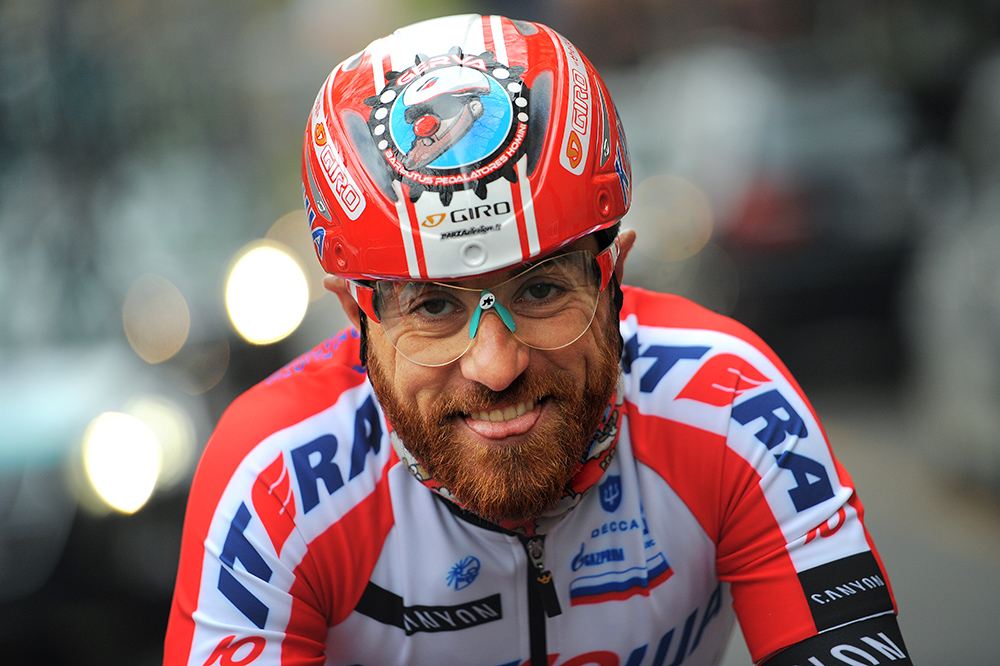 Luca Paolini has been expelled from the Tour de France after testing positive for cocaine.

The Paolini failed a routine test on Tuesday, following stage 4 from Seraing to Cambrai – and has been provisionally suspended.

The Katusha rider can request a B sample, during which time,  and his provisional suspension will remain in place until he receives a hearing on his case.

Paolini took to Twitter with a series of posts, apologizing – saying he takes “full responsibility”for his actions.

“Sorry to all my fellow riders,” he added. “I have always believed in testing because they are making this sport ever more credible. I want to remain silent and resolve my issues.

“I know this is a bad time, above all because of the intense media scrutiny. I hope my absence doesn’t hinder our chances of a good final result.”

“For sure he doesn’t know what way it happened exactly. I didn’t have time to talk too much to Luca, we were 15 or 20 minutes in the car but he’s a very important rider, a road captain. The team will unite together. We will separate the issues. The Tour de France is the Tour de France,” Ekimov said.

Furthermore, Ekimov stressed, that until the B-sample analysis had been returned the team could not comment on the future of Paolini.

As far as the team’s desire to keep Paolini onboard for the duration of his recently extended contract  is concerned, Ekimov said: I don’t know. It depends on what we will see. I want to know the truth before taking a decision. I don’t know [if he will be fired .ed], I cannot say on what the B-sample shows and it depends on what the decision of the UCI is.”

The UCI issued the following statement on the matter:

The Union Cycliste Internationale (UCI) announces that it has notified Italian rider Luca Paolini of an Adverse Analytical Finding of Cocaine (Benzoylecgonine metabolite) in a sample collected in the scope of an in-competition control on 7 July 2015 during the Tour de France.

In accordance with UCI Anti-doping Rules, the rider has been provisionally suspended until the adjudication of the affair.