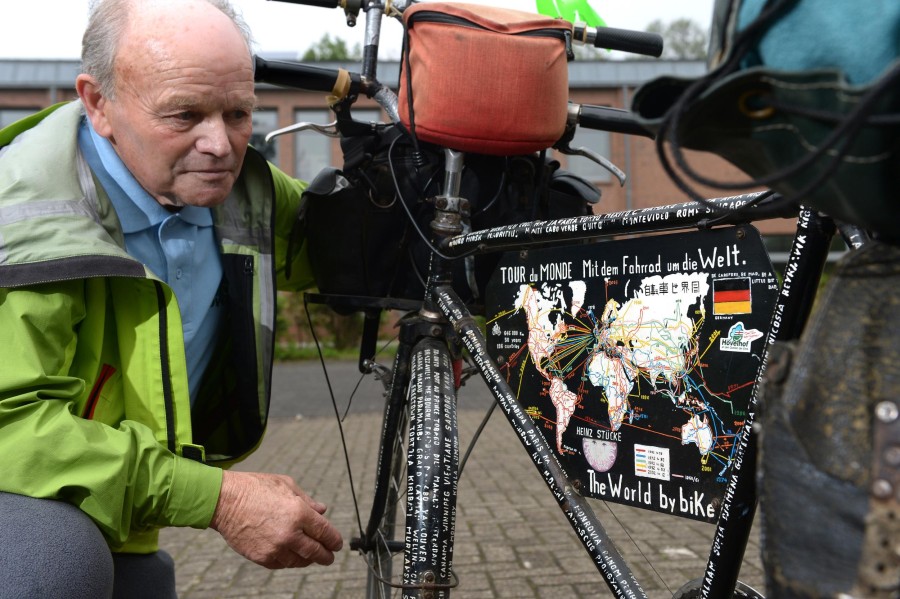 In November 1962, the 22-year-old Stücke quit his job as a tool and die maker, and rode out of his hometown on a three-speed bicycle, with a plan to see the world. He has since never returned to Hövelhof, stating that his extraordinary desire to travel has been partly motivated by his aversion to returning to factory work.

In the early 1980s, after two decades on the road, Stücke decided to attempt to visit every country in the world.

He believed he had accomplished his goal when he reached Seychelles in 1996, but he continued on.

From 1995 through 1999, the Guinness Book of Records described him as having travelled more widely by bicycle than anyone in history.

During his travels, he has encountered many hazards and suffered numerous injuries:

Since 1962, Stücke has taken more than 100,000 photographs. He funds his expeditions with licensing revenue from his photo catalogue; donations; and sales of his travel writing, postcards, and booklets that feature his photographs, writing, and illustrations.

Now 75, Stücke has published a book, Home is Elsewhere: 50 Years Around the World by Bike, which contains no fewer than 18,000 pages of his diaries and what seems like an unending compendium of photographs.