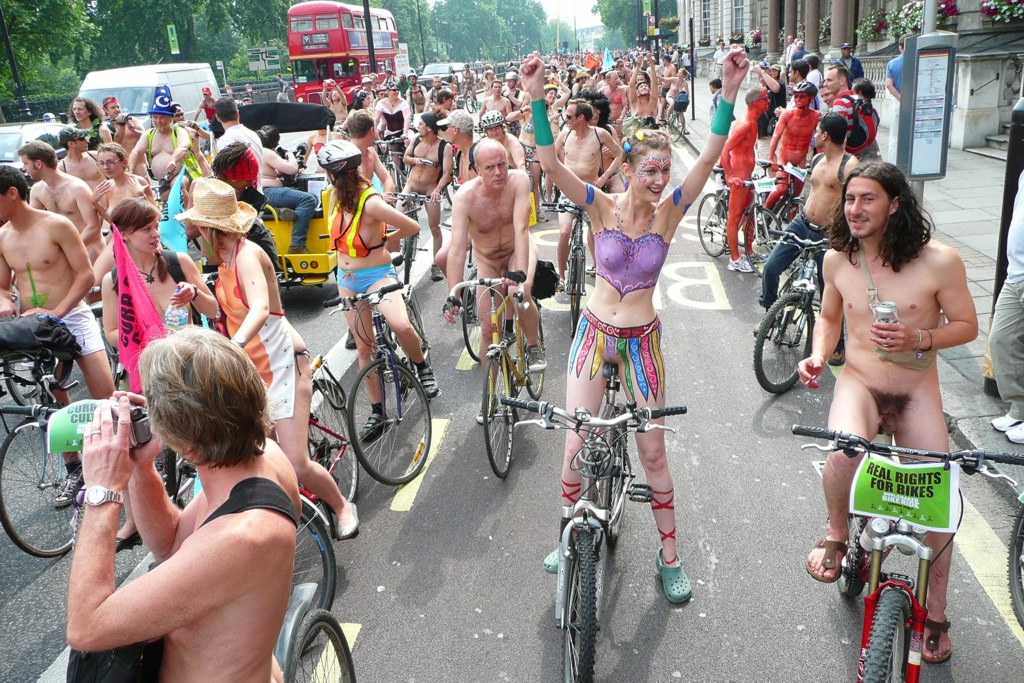 According to a story published in the British newspaper, the Cambridge News, there was no need for Viagra for a man who was ejected from a nude cycling event in the UK for apparently becoming “erected”.

A man participating in Cambridge’s first naked bicycle ride, as part of the World Naked Bike Ride event, was removed by police after becoming “over-excited”.

While the event is legally, that didn’t stop the ‘aroused’ male rider from being escorted away from the event by police officers.

One witness said: ”Everyone was taking their clothes off to get ready for the ride. I heard gasps and I turned around – it was a horrible sight.

“It’s fair to say he was overexcited and got aroused. It looked like he was enjoying the event a bit too much.

“One of the organizers went over to him and told him to put his trousers on while speaking on a walkie-talkie to police.

“The man looked sheepish when he was spoken to by the police.”

In a response to complaints posted on Facebook, ride organizer Barry Freeman said: “We do not accept this behavior and he was dealt with and removed before the ride started.”

Organizers had previously told participants: “The police have confirmed they WILL act on ANY inappropriate behavior and we, the organizers will support that.

“If you are coming just to be a pain in the neck and to be the one to end this WNBR we’d rather you stayed at home.”

The naked rides, which take place in around the world, are organised to highlight the dangers cyclists face from cars.

Activists can cycle “as bare are you dare”, but the rules state they must be riding bikes and there should be no skaters, or runners and riders cannot wear face masks.

A Cambridgeshire police spokesman previously told the News: “So long as people don’t act in an inappropriate or offensive way, they will not be committing an offense.

“We have been notified of the event and it is going through the usual planning processes.”