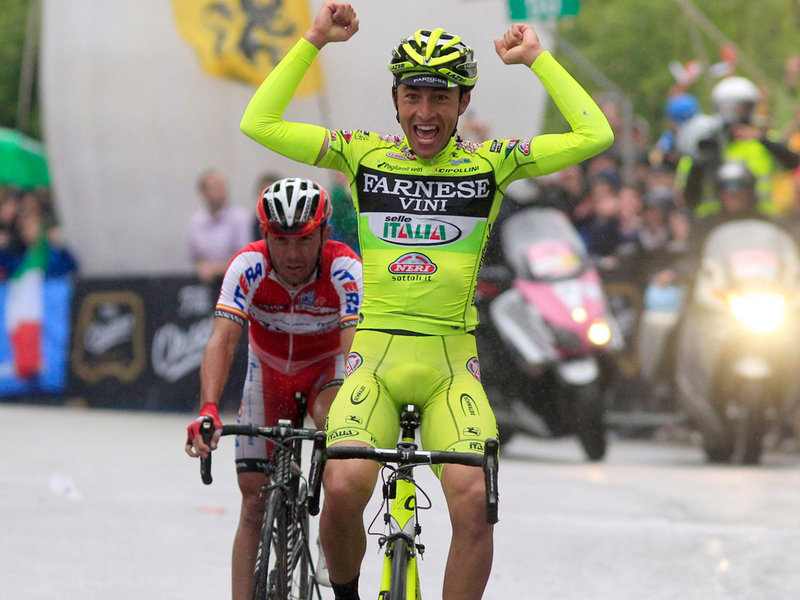 The Union Cycliste Internationale (UCI) announced today, that Matteo Rabottini has been given a 21-month suspension for using the banned substance erythropoietin (EPO).

He received a lesser term from the maximum two-year ban for this offense, due to his cooperation with the anti-doping officials.

Rabottini tested positive for EPO in an out-of-competition control back on August 7, 2014, at which time he was provisionally suspended by the team he was riding for, Neri Sottoli (now Southeast Pro Cycling).

In addition, the 27-year old Italian rider, was subsequently removed from the Italian national team as well.

Rabottini is regarded as an excellent climber, who “King of the Mountains” classification at the 2012 Giro d’Italia, while also winning a mountain stage win that year as well.

Rabottini won’t be eligible to return to racing until May of 2016.