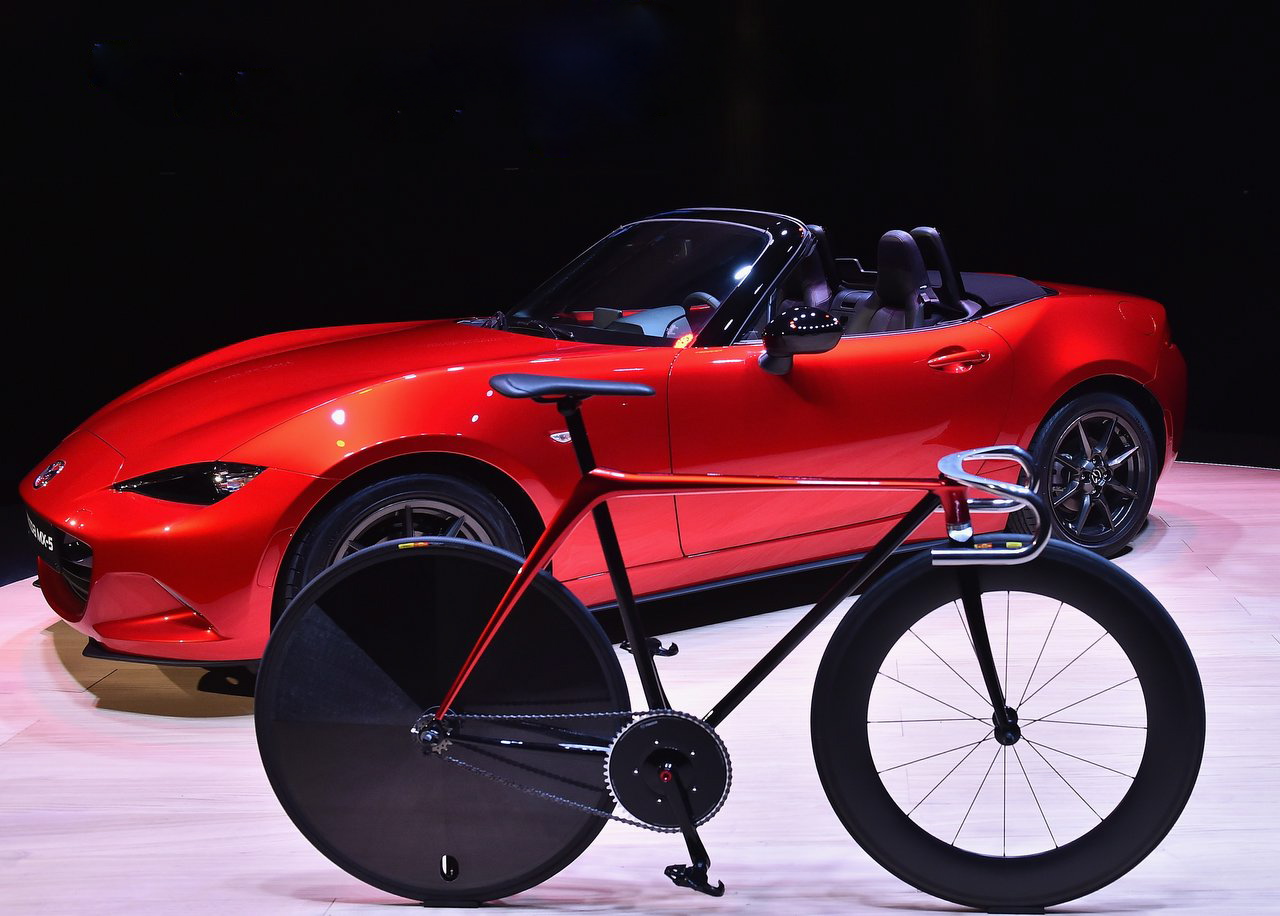 The relationship between bicycle and automobile manufacturers has never been greater than it is today.

Whether it’s prestigious marques in the bicycle industry partnering with like brands in the automotive sector, or automobile brands simply venturing out and executing what they feel the future holds for the bicycle, few would argue that it’s become a regular collaboration between the two conveyances.

The Japanese car giant, Mazda, is the latest company to unveil a futuristic concept bike – called the “Bike by Kodo Concept”.

The bike made its first showing at this year’s Milan Design Week, as part of an exhibition called – Mazda Design.

“Bike by Kodo concept is a track racer that seeks to express the innate beauty of the bicycle,” says Mazda. “Its minimalist structure is composed of the least possible number of parts.

“The frame was painstakingly formed by hammering a single sheet of steel and the black leather saddle is hand-stitched, featuring the same red thread and stitch design as the all-new Mazda MX-5. The bicycle’s mixture of dynamism and allure is evocative of the Mazda MX-5’s styling.”

“The Bike by Kodo Concept embodies the ‘less is more’ philosophy of Japanese art and design, reimagining the modern racing bicycle. Mazda craftsmen distilled its frame’s design to its purest form evoking lightness, agility and speed.”

“Alluring, dynamic and powerful – Mazda’s new Kodo design theme, inspired by the motion of animals, takes motion as its starting point and creates a sense of movement in the car, even when it is stationary.”

These are certainly some alluring claims by Mazda, but is the Kodo a real portend for the future of bikes, or simply just another creative exercise aimed to titillate us two-wheeled lovers ?