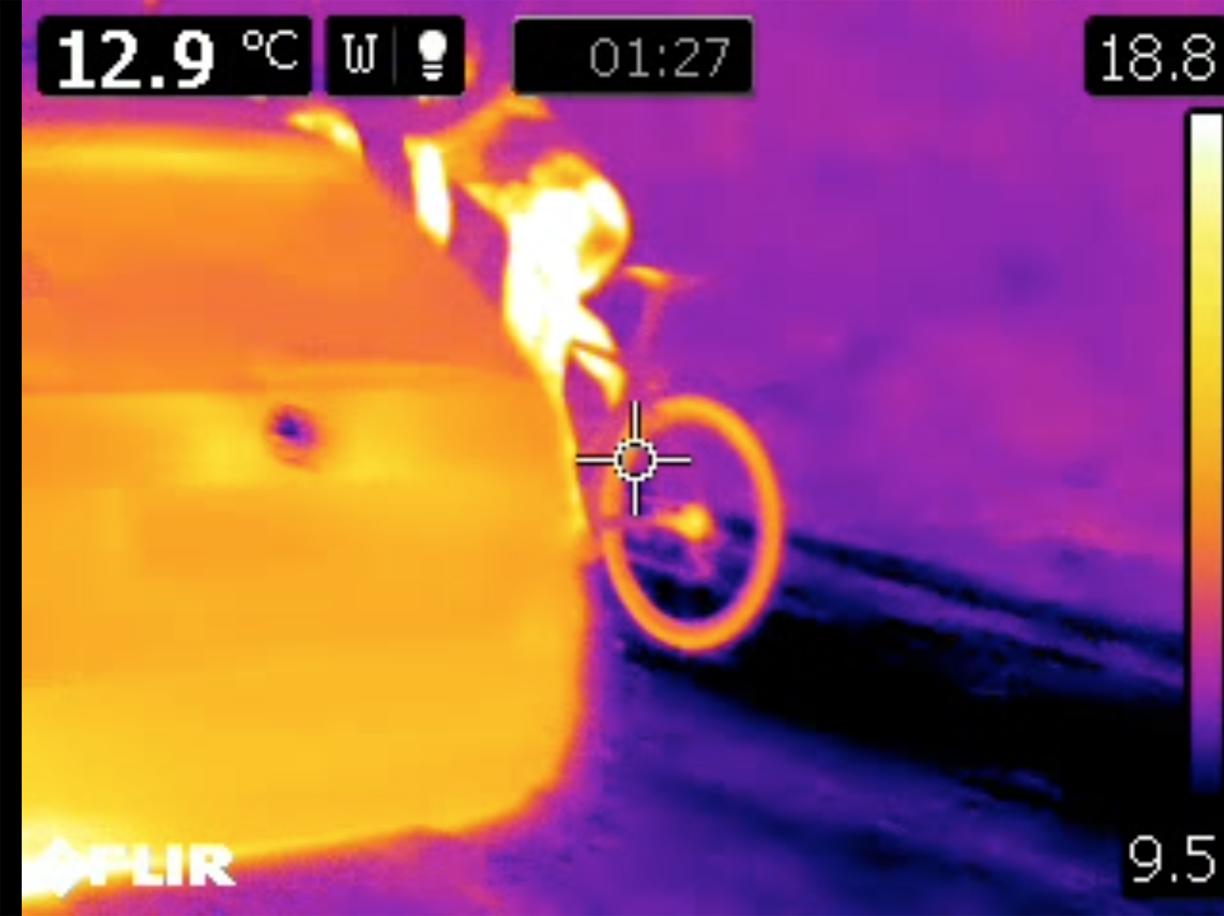 The French television program, Stade 2, and the Italian newspaper, Corriere della Sera, allege to have discovered, the use of mechanical doping in both this year’s Strada Bianche and Coppi e Bartali.

Investigative journalists, Thierry Vildary and Marco Bonarrigo, claim to have uncovered hidden motors being used at the Strade Bianche and the Coppi e Bartali races, after employing the use of an elaborate heat detecting device.

The full investigation will be broadcast tonight on French television, with key details revealed in today’s edition of Corriere della Sera newspaper.

During their detailed investigation, Vildary and Bonarrigo reportedly talked to Hungarian engineer Istvan Varjas, the alleged creator of the hidden motors and suspected supplier to a number of professional riders. He explained that the most advanced form of mechanical doping is now hidden in carbon fibre rims, with neodymium magnets able to produce 60 watts of power. The wheels can be activated and modulated via a bluetooth device – even an expensive watch which has bluetooth – and can only be detected via a powerful magentic field detector.

The two-page article in Correre della Sera reveals that the heat detector – which was hidden to look a video camera, managed to spot seven different motors being used at Strade Bianche and the Coppi e Bartali races. Five were hidden in the seat tube, with two hidden in the rear hub and cassette. Some were the large seat tube motors that are freely available on the market, while others were more technologilly advanced and were more difficult to identify because they produced a smaller heat spot. The report says that experts confirmed that the only way to create heat like that identified is via a motor.

Vildary and Bonarrigo traveled to Budapest to see Istvan Varjas, who explained that the latest version of the hidden motors are just five centimeters long, light weight, but able to produce an adjustable amount of power of up to 250 watts. They can drive the bottom bracket or the cassette and are described as ‘perfect for cyclists who have a high cadence.”

Varjas apparently showed the journalists the special wheels, with the thin Neodymium magnetic plates hidden in a deep section rim. A spiral magnet driven by a hidden battery helps produce the 60 watts of power than can make a signficant diffierence on a major climb or in a tough race like Strade Bianche. The rims reportedly cost 50, 000 Euro for each wheel but are only made available to a very limited number of athletes.

There’s been a sharp rise in the suspicion of mechanical doping over the last several months, with the first real discovery during this year’s Cyclocross World Championships, wherein the Belgian rider, Femke Van den Driessch, was caught using a bike with a hidden motor in the women’s U23 race.

Since then, Gazzetta dello Sport published an article, outlining the previously mentioned form of mechanical doping, which involves the use of magnetic wheels.

Last year, Greg LeMond spoke publicly about the existence of mechanical doping, urging the UCI to step up its enforcement.

As of recent, Bonarrigo was observed filming bikes at the pre-race check-in before the star of last weekend’s Paris-Roubaix Classic.

Additionally, UCI president Brian Cookson, revealed in an interview over the weekend, that he’s not only aware of Corriere della Sera’s report, but he also participated in Stade 2’s program, which is set to air tonight.