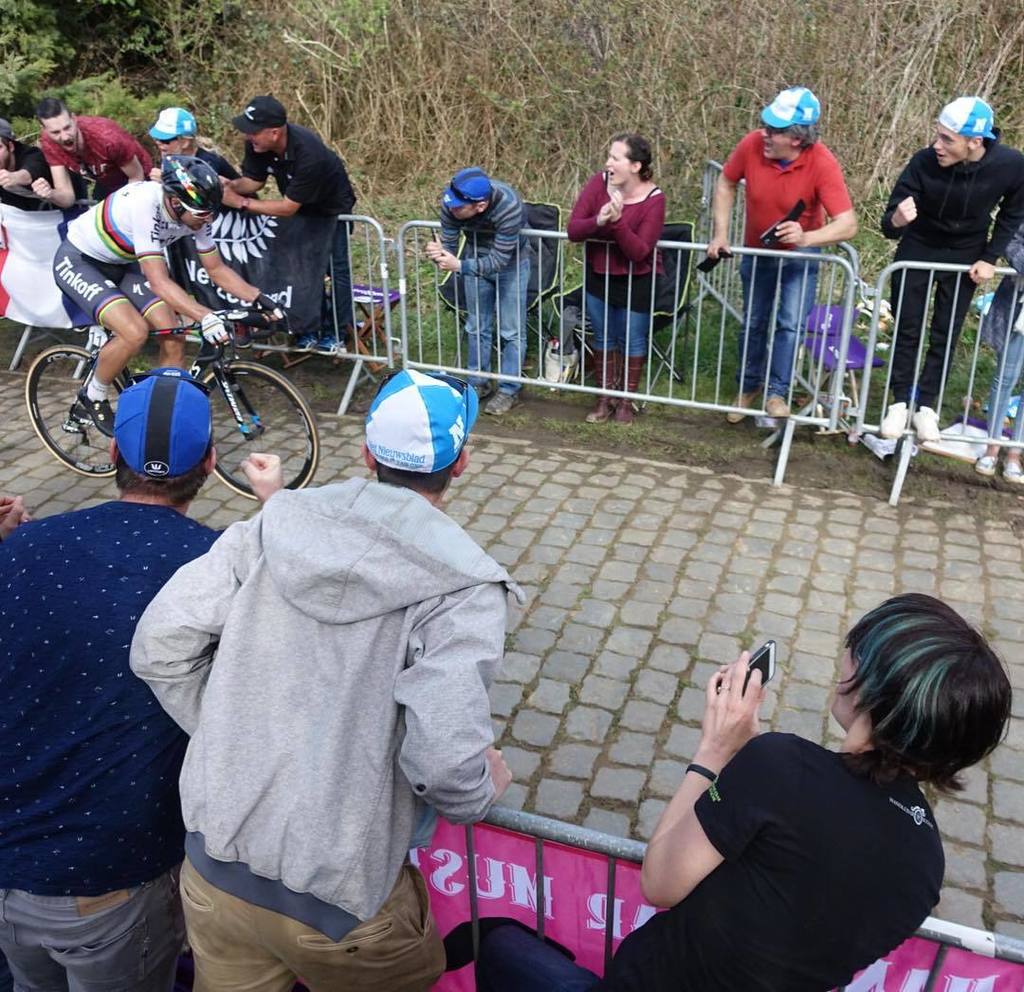 It was back-to-back wins for the both the women’s and men’s World Champion Rainbow Jerseys today, as Peter Sagan followed suite with Lizzie Armitstead, after winning the men’s Tour of Flanders.

Sagan vanquished his rivals in today’s cobbled classic, with a series of attacks during the final 5 kilometers, that left Sep Vanmarcke (LottoNL-Jumbo) and Fabian Cancellara (Trek Segafredo) unable to reel the World Champion in during the final run-in to the finish.

The first hour of today’s race featured a fast start, which left little to no chance of a breakaway group getting underway.

From there, the sextet succeeded in establishing an advantage of around four minutes over the peloton. But, their lead continued to dwindle over passing of each ascent and cobbled sector, with Postlberger, Kreder and Zurlo ultimately losing contact with their fellow escapees.

Shortly thereafter, Houle was the next rider to get dropped, while two more riders, Dylan Van Baarle (Cannondale) and Stijn Vandenbergh (Etixx-QuickStep) managed to bridge their way to the leaders – with less than 40 kilometers to go.

Back in the chase, Sagan, Vanmarcke, and Michal Kwiatkowski (Sky) proceeded to shatter the peloton along the Koppenberg, subsequently jettisoning the main group as they set-off in pursuit of the leaders.

Indeed, the lead group was caught during the final 23 kilometers, forming a group of eight riders with a 28-second gap over the peloton, as they approached the final ascent of Oude Kwaremont.

Sagan and Vanmarcke led over the Oude Kwaremont. However, Vanmarcke soon began to fade, leaving the Belgian riding alone in purgatory, while Sagan forged ahead.

Cancellara eventually caught up with Vanmarcke over the top of the Paterberg, but it was too late for the duo to catch Sagan, who had succeeded in establishing enough of a gap, that would see the World Champion hold-off any late challenges until the finish.

After popping a celebratory “wheelie” after the finish, Sagan dedicated his win to pro riders Antoine Demoitié and Daan Myngheer, who lost their lives during races on the previous weekend.