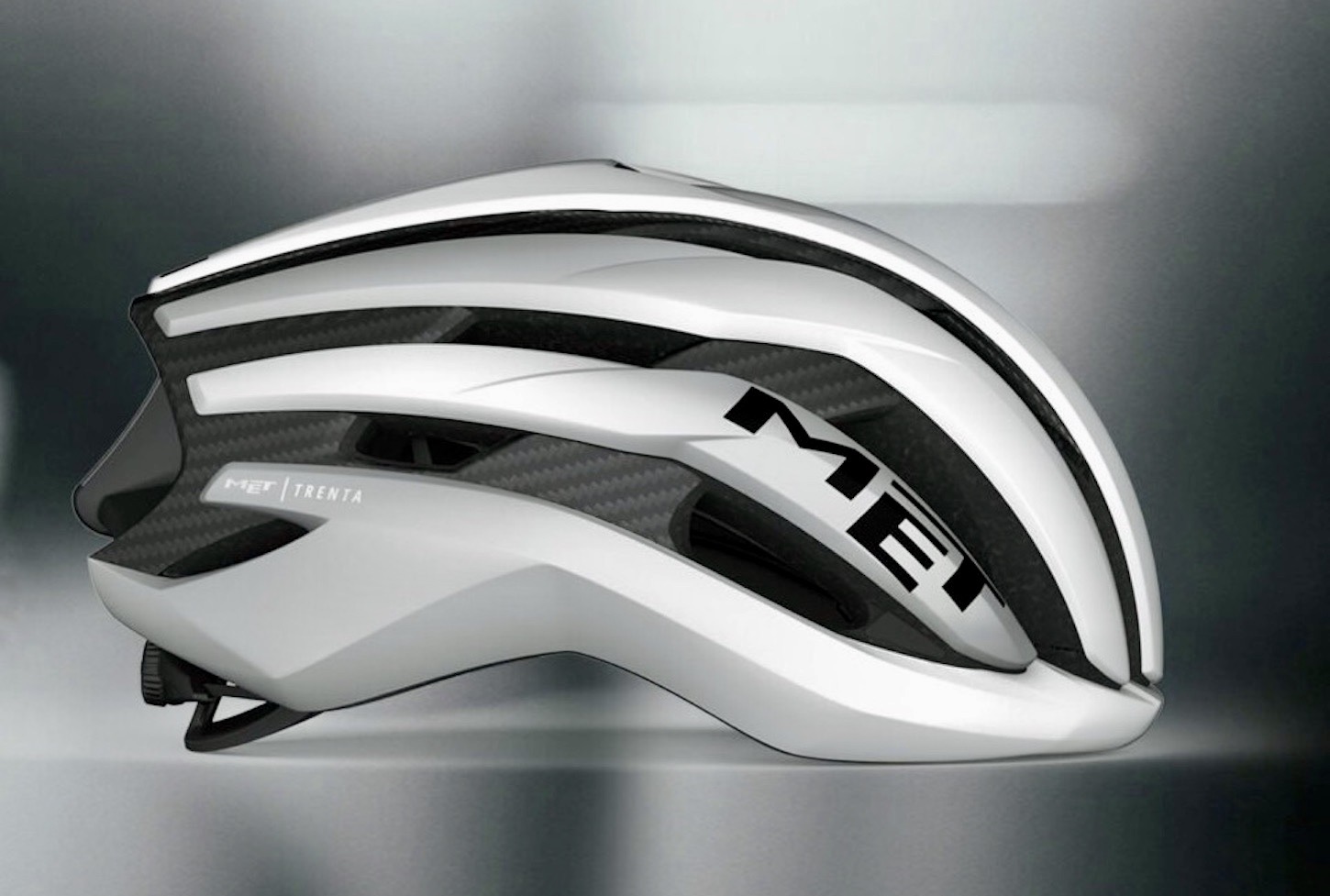 MET has updated its Trenta 3K helmet with the MIPS Air Brain Protection System, increasing the relative movement between the helmet’s energy absorbing layer and padding by as much as 15mm, resulting in less rotational motion transferred to the brain during a crash, while also reducing the weight of the new lid down to an impressive 225 grams.

The Trenta 3K features the Italian brand’s 3K Carbon Technology, which relies on a high-modulus carbon fiber shell to reduce the amount of EPS foam needed by 20%, resulting in an appreciable reduction in weight while also increasing impact protection.

“The result is a lightweight yet better-performing shell that sets a new standard for ventilated helmet design and impact absorption,” claims MET.

Additionally, ventilation and airflow have also been increased, courtesy of a new rear deflector that’s positioned at 25 degrees and a low-profile Kamm tail, while contact with the rider’s head has been limited to just 30%, bolstering airflow through the helmet’s internal cavity by 70%.

Also, for riders who like stashing their sunglasses when not in use, MET was keen to add dedicated sunglass ports with rubberized grips to stow one’s shades, along with reflective rear details to increase visibility in low light conditions.