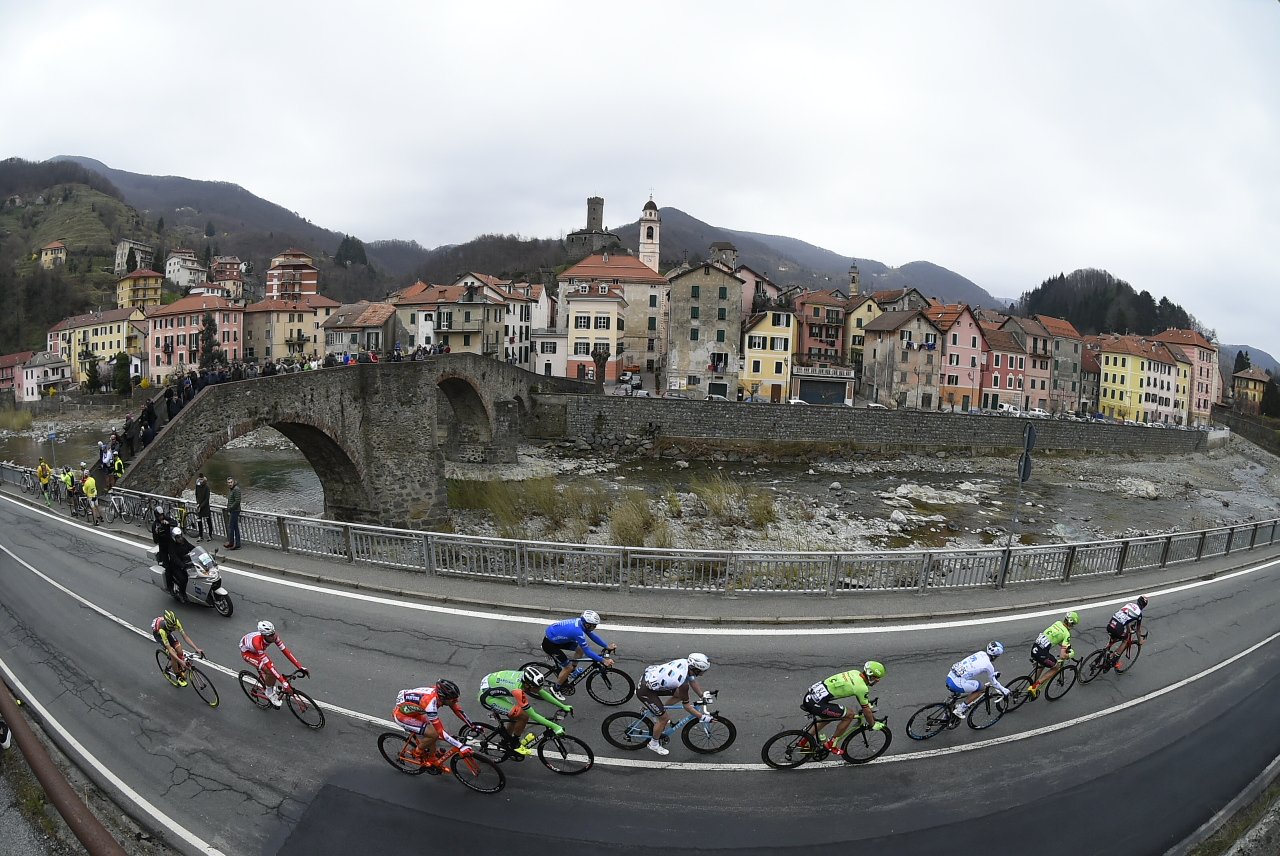 Michal Kwiatkowski claimed a stunning victory at Milan-San Remo after winning an epic three-up sprint on the Via Roma.

The Polish rider was able to counter a stinging attack by Peter Sagan (Bora-Hansgrohe) on the Poggio and descended into San Remo alongside the world champion and Julian Alaphilippe (Quick-Step Floors).

From there, the trio went toe-to-toe on the finishing straight, and while Sagan was the first rider to open up his sprint, it was Kwiatkowski who had the strength to edge out the victory in a thrilling finish – taking Team Sky’s second Monument victory of the season.

After the race a thrilled Kwiatkowski said: “Winning Milan-San Remo is an incredible feeling I’m really thankful for my team-mates. They did an incredible job today. I didn’t expect Sagan would go on the Poggio. It looked like it was leading to a bunch sprint.

“I felt pretty strong and it was amazing to be there with Sagan and Alaphilippe. I tried to focus to do my best sprint. It’s unbelievable.”

From there, the escapees went on to establish a 5 minute advantage over the peloton, however, their lead began to dwindle rapidly at the 120 kilometer mark.

Indeed, with 60 kilometers to go, the breakaway group’s lead had fallen to less than two minutes.

With 45 kilometers to go, AG2R’s Alexis Gougeard tried to bridge his way to the leaders, but to no avail.

As the breakaway group made its way down the Capo Berto, their advantage had now fallen to under a minute.

With the Cipressa rapidly approaching, the pace quickened again, with Bahrain-Merida leading the charge.

Similar to past races, the Cipressa once again proved to play a decisive role, as the breakaway group was ultimately caught along the 5.6 kilometer climb.

Shortly thereafter, a handful of riders attacked, only to see their efforts quickly neutralized when Tom Dumoulin (Sunweb) joined them, as the group soon found themselves back in the clutches of the peloton.

Tim Wellens (Lotto Soudal) and Androni’s Mattia Cattaneo led a brief attack from there, only to see their efforts quickly stymied by the peloton.

The duo was eventually joined by 8 other riders, who proceeded to open up a slight gap over the peloton.

However, it wasn’t long before Sagan and his Bora-Hansgrohe team succeeded in reining in the group, as Tom Boonen came to the fore and took over the pace setting.

Next came the infamous climb of the Poggio, which saw Team Sky take over the reins. However, a determined Dumoulin decide to up the ante again, pushing a grueling pace before relinquishing the lead back to Team Sky and Sagan again.

Shortly before the summit, Sagan took off, with Alaphilippe and Kwiatkowski quick to mark the World Champion’s move.

From there, the trio plunged down the descent, taking every risk along tight, hairpin curves, arriving at the bottom with 16 seconds and 2.5 kilometers left.

Trek-Segafredo rode in earnest to try and close the gap and move John Degenkolb into position, but to no avail.

Sagan continued to led the way for the lead trio, while his companions only took very brief spells at the front.

As the leaders took the final curve and had the finish line in sight, the peloton was knocking at their backdoor.

At one point, Sagan motioned for Kwiatkowski to pull through during the closing 500 meters, but the Sky rider wisely declined, leaving Sagan no option but to press harder for the finish line.

Kwiatkowski drew alongside Sagan during the waning moments, and with a final bike, nixed his Slovakian rival in a photo finish.

Meanwhile, Alaphilippe finished slightly behind the duo to claim the last spot on the podium, as the peloton followed a mere five seconds later.