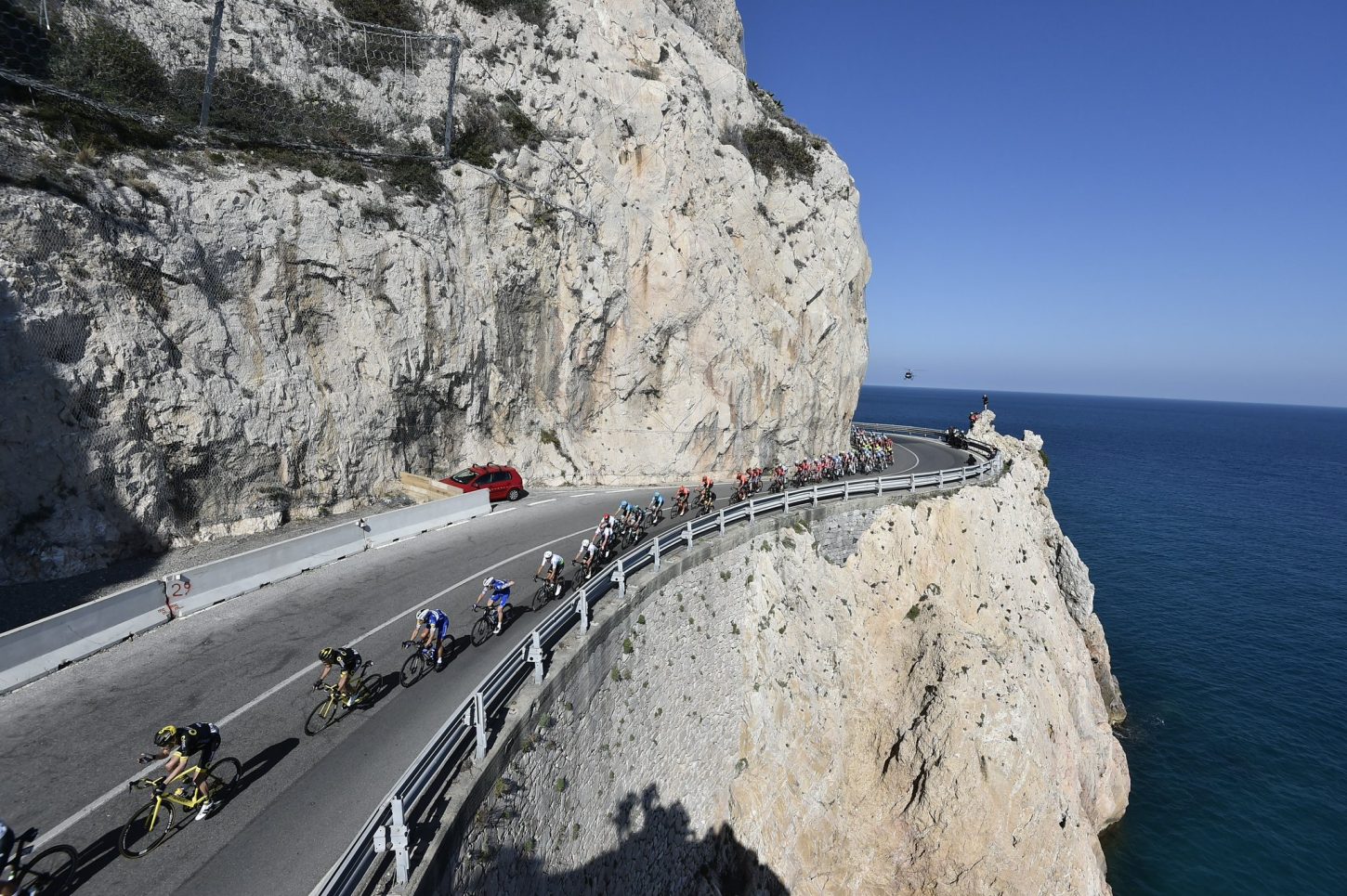 From there, the escapees went on to establish a sizable advantage of more than 8 minutes before being reined in by the peloton as they approached the climb of the Cipressa with 20 kilometers remaining.

Direct-Energie’s Niccolo Bonifazio launched a risky attack on the climb, later plummeting along the descent at speeds upwards of 50mph.

In the meantime, top sprinters like Dylan Groenewegen (Jumbo-Visma) and Nacer Bouhanni (Cofidis) found themselves distanced on the climb, but were able to rejoin the peloton some kilometers later.

Bonifazio’s adventure was eventually brought to a close with 11 kilometers to go, with teams such as CCC, Katusha-Alpecin, Deceuninck-Quick-Step and Bahrain-Merida taking to the front as they reached the base of the Poggio.

Philippe Gilbert and Zdenek Stybar proceeded to animate the climb, with the goal of providing a slipstream for their teammate Alaphilippe.

Tom Dumoulin (Sunweb), along with some other riders also managed to bridge their way to the front group as well.

With two kilometers to go, Trentin decided to attack. But, the Italian rider was quickly reeled back in.

Sagan was the next to instigate matters, opening up his sprint during the closing meters.

However, Alaphilippe was quick to react, commencing a powerful surge during the waning moments that proved insurmountable for Naesen and Kwiatkowski, who had to settle for second and third place respectively.

Sagan and Bahrain-Merida’s Matej Mohoric subsequently rolled across the finish to complete the top five of the day.