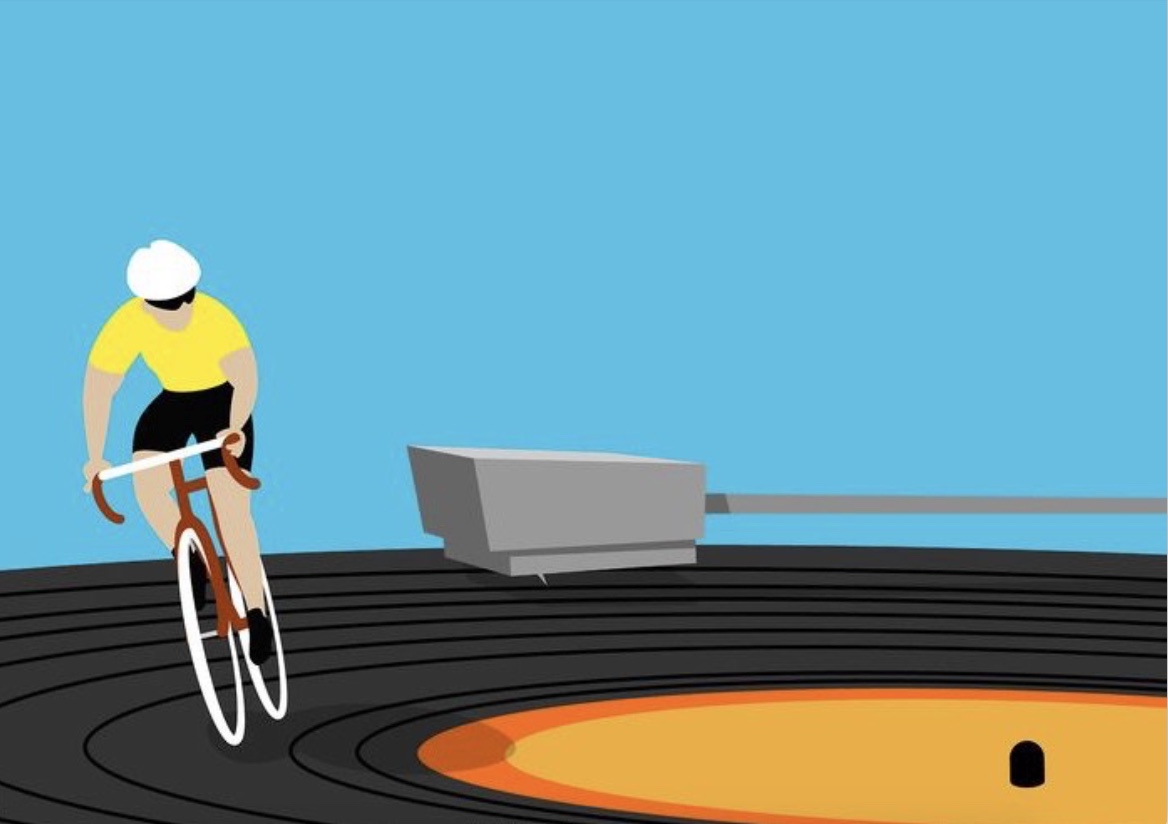 Music, in its capacity to move us, has an automatic link to a very fundamental aspect of human existence.

The sea squirt is a simple marine organism that moves, but after having found a permanent place to settle, consumes its own brain as it no longer provides any use. Professor Daniel Wolpert uses the story of the sea squirt as an amusing example in support for his provocative claim that despite its astounding capability for learning, creativity, and social connection, the brain actually evolved to control movement.

Provocative claims aside, when you think about it, movement is key to any way humans operate in the world, not only locomotion: speech is generated through movement of the larynx, the tongue and the lips, scanning a visual scene involves moving the muscles of the eye, and hearing starts as movements of the membrane of the eardrum responding to pressure changes in the air, and so on. Music, in its capacity to move us, has an automatic link to a very fundamental aspect of human existence.

neuroticism was related to jerky, erratic movement, and both openness to experience and agreeableness were related to smoother moves.

Dance is the most obvious example of the connection between music and movement. Dancing is a convention of music-elicited movement that people engage in for reasons such as fun, exercise, self-expression, and social bonding. The variety of individual dance styles is broad, as personal movement is modulated by factors as complex as personality. For instance, researchers have found interesting correlations between personality traits and dance movement characteristics. In a study, neuroticism was related to jerky, erratic movement, and both openness to experience and agreeableness were related to smoother moves. Extroversion was connected to higher speed of movement. The way you move on the dance floor may therefore reveal something about your personality!

Probably the most common movement-inducing characteristic of music is the beat. The beat is a regular pulse that people detect in music, and has been found to entrain motor movements.  Already very young infants can detect the beat in music and it seems that perception of the beat in music and enjoyment of a steady beat in music are universal. For a long time it was thought that syncing to the beat in music was an exclusively human characteristic. However, recently, evidence for beat synchronization has been reported in few rhythmically skilled non-human animals (like this cockatoo named Snowball, or this sea lion named Ronan. Perhaps this is not so surprising since humans share an evolutionary past with other animals.

music has facilitated synchronization, which in turn has enabled better cooperation, and ultimately survival.

Why has the link between rhythm and movement evolved? There are hypotheses that music and the beat that it contains are a way for humans to bond through synchronizing their movements and moods. Like schooling fish, people have needed to come together to achieve things they could not attain on their own, throughout human history. Synchronization between people, for example to a shared rhythm, provides one way to increase the sense of connection. In infants, synchrony has been connected to helping behavior. A recent study reported that infants who were bounced to a musical rhythm in synchrony with the experimenter exhibited more altruistic behavior towards the experimenter than the infants who were bounced out of sync. The existence of this phenomenon from a very early age suggests that the reaction may be innate. Perhaps from an evolutionary perspective, music has facilitated synchronization, which in turn has enabled better cooperation, and ultimately survival. On an individual level, synchronized movement is also typically more efficient, for example runners syncing their pace to a beat get tired less quickly. There is speculation that the need to synchronize movement is the fundamental reason why music itself came to existence. However, understandably, the evolutionary basis of music and the reason for its existence is a difficult topic to investigate.

In the neuroscience of music, the link between music and movement is a field of enquiry that has produced interesting findings. A review article published in the acclaimed journal Nature Reviews Neuroscience summarizes findings on the interaction between the auditory and motor systems during music listening and during music production. Research has shown that the motor regions, including deep brain structures like the basal ganglia as well as the motor cortices, are active not only when producing rhythm but also when perceiving them. So irrespective of whether you are drumming or just listening to the beat, the motor regions of the brain are active. According to researchers, there seems to be a very unique connection between sound and movement. This phenomenon is evident specifically in the rhythmic realm. Most people will almost involuntarily start tapping to an auditory beat, but would probably not do so to a visual stimulus with similar temporal regularities.

Research has shown that the motor regions, including deep brain structures like the basal ganglia as well as the motor cortices, are active not only when producing rhythm but also when perceiving them.

There are of course individual differences in rhythmic skills and the ability to sync to a beat. These individual differences in skills may partly explain (alongside things like shyness and social pressure) why some people immediately take over the dance floor while others avoid dancing altogether. Musicians represent a group of people with typically very good skills in rhythm perception, production and synchronizing to the beat. Research has found that highly trained musicians and dancers have more grey matter in motor areas (i.e. have more developed motor areas) of the brain than non-trained individuals. Longitudinal studies have shown that such changes in the brain start to emerge quite quickly after commencement of music training. (Fun fact: perception of rhythm sometimes involves not only auditory and motor areas, but also linguistic ones. In a recent paper, researchers found that professional jazz drummers, who are especially trained to use rhythmical cues for communication, perception of rhythmic patterns recruited motor areas and surprisingly also areas important for the processing of language syntax. But more on music and language another time). On the other end of the spectrum of rhythmic ability, is outright beat-deafness, which is total or near-total inability to detect and synchronize to a beat. Researchers have described it as a previously uninvestigated form of a very rare condition called congenital amusia. Amusia is a disorder of detecting pitch in melodies. Beat-deafness, in turn, is related to deficiencies in detecting the timing of a rhythm, not pitch.

All in all, research has produced interesting findings on connections between music, rhythm and movement. If music shares such a tight link with the motor system, could this be used in treatment of movement-related disorders? One of the most promising ways of exploiting this connection may be in the treatment of movement difficulties related to Parkinson’s disorder. Patients with Parkinson’s disease, who have damage in brain areas related to motor functions, show impaired movement timing. Successful dance therapies are emerging for treatment of Parkinson’s, and also rhythmic auditory stimuli have been shown to improve walking in Parkinson’s patients. Future studies are needed to uncover whether music could be used as one enjoyable way to ameliorate movement difficulties in treatment of Parkinson’s.

Movement is one of the defining features of existence in many species. Research has demonstrated that music, and especially the beat that people are able to perceive in it, has an extraordinarily direct link to movement. It is speculated that music may have actually emerged to facilitate movement, synchronization and the resulting connection between people.

In sum, everyone may not be a dancer, but like it or not, music was built to move you.

*This article was reprinted with the permission of Sync Project.

Intuitively we know the power that music has over us. We all self-medicate with music. Recent research has shown that music affects the same neural pathways that are regulated by psychostimulants and other drugs.

Sync Project is building on this foundation and partnering with the world’s leading scientists and musicians on the first-ever large-scale studies to measure how the structural properties of music – like beat, key and timbre – impact biometrics such as heart rate, brain activity and sleep patterns. Sync Project is applying machine learning to this dataset to develop personalized music therapeutics.