Who Needs Cake When You Can Have a PiCycle! 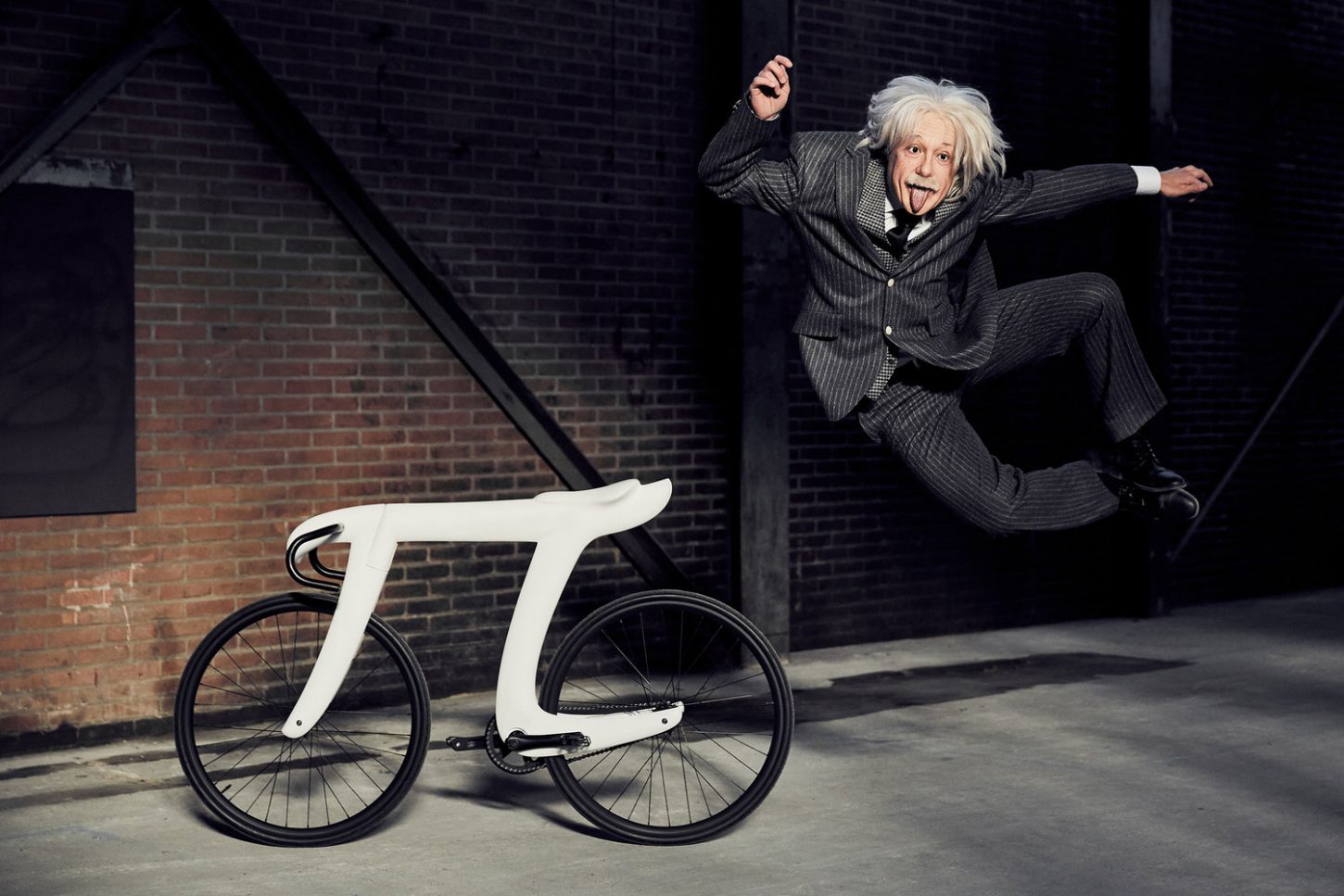 Who needs cake when you can have pie, in this case a PiCycle!

If the PiCycle isn’t the sexiest, grooviest, most psychedelic, space-age, atomic, pussycat swing lounge bike design that we’ve ever seen, then Barbarella wore a training bra. How’s that for political correctness?

In any case, each year March 14th marks so-called Pi Day, which celebrates, well the mathematical symbol π. It’s no coincidence that March 14th is also the birthday of famous mathematical genius Albert Einstein.

Apparently, when Pi Day and/or Einstein’s birthday aren’t eclipsed by other special days in the calendar year such as Maypole Dance Day and Evacuation Day, they inspire artists and designers like Tadas Maksimovas and Martijn Koomen to create far-out, futuristic bikes like the PiCycle.

According to the design duo, the PiCycle went through a series of prototypes using materials such as card board, wood and fiberglass before the final version was created with carbon fiber.

While the PiCycle is a fully functioning single-speed bike, unfortunately the designers have no immediate plans to produce it commercially.

Instead, the one existing model will be making its rounds to a number of museums and exhibitions in Amsterdam.

Ok, so it turns out that Pi is this case refers to mathematics and not the dessert that most of us crave.

But, the image of a leather-bound, scantly-clad astronautess who brought new meaning to the phrase carnal knowledge, sure beats the mental picture of old Albert in a thong.