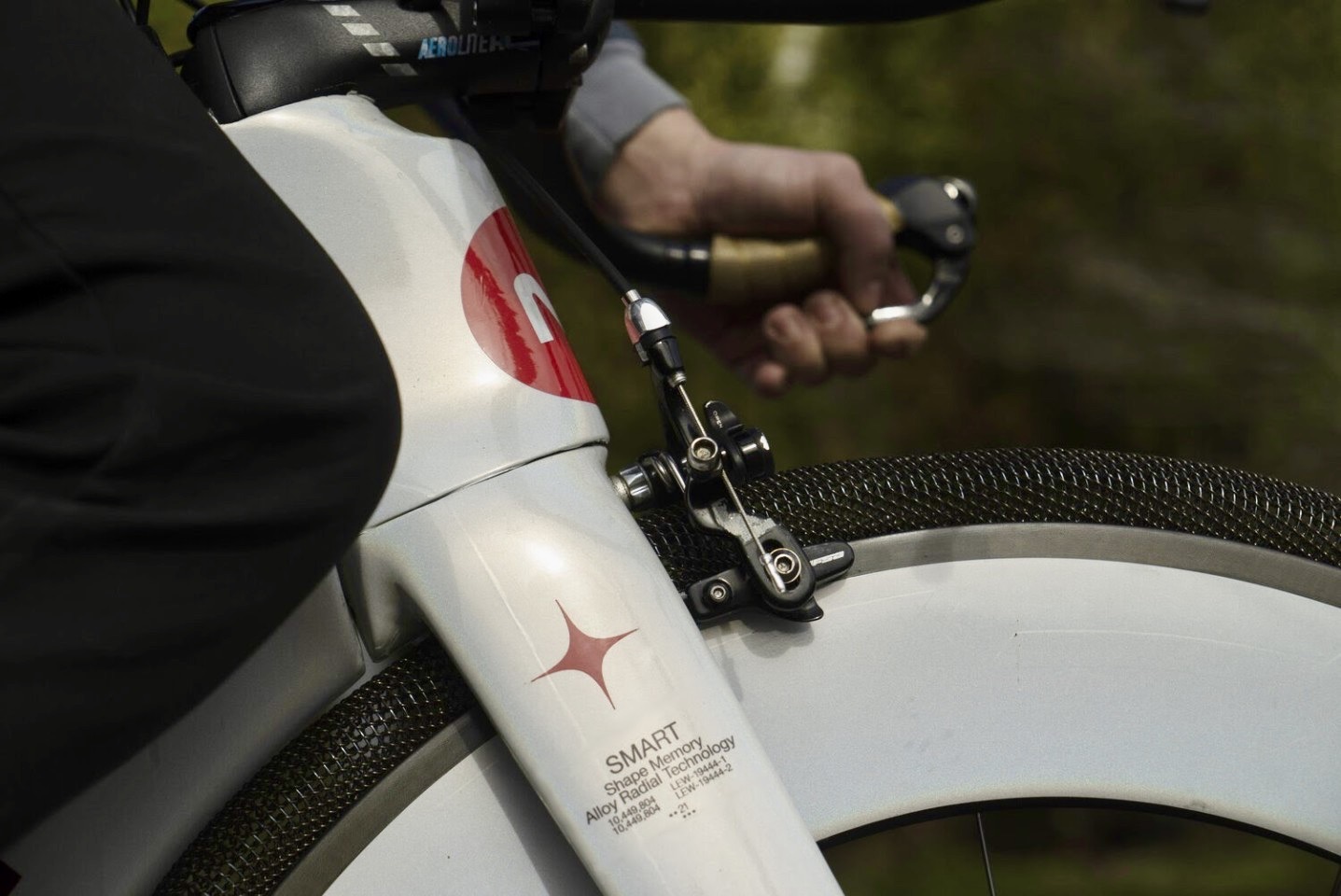 The Metl tire is constructed entirely of interconnected springs, which requires no inflation, making it immune to punctures. Yet, according to STC, the tire is still capable of providing the equivalent, if not better traction, than traditional, inflatable rubber tires. The company even claims that it has built-in shock-absorbing capabilities.

STC says, the Metl is aimed at road, gravel, mountain and ebike applications that’s based on the same technology used by NASA for its martian and lunar rovers

“In 2017, we looked at an example of this from NASA that could be used to help robust rovers endure difficult terrain on other planets, with engineers developing a nickel-titanium alloy mesh wheel that could be deformed right down to the axle and then snap back to its original shape,” says STC.

Nickel-titanium alloy (also known as NiTinol+) is a form of memory alloy that “rearranges its molecular structure when you bend it, but instantly goes back to its original shape, perfectly,” points out STC.

“Shape memory alloys look extremely promising in revolutionizing the entire terrestrial tire industry,” adds Santo Padula, a materials science engineer at NASA who helped develop the tire. “And this is just the tip of the iceberg.”

Additionally, the casing of the tire is reinforced with a coating of Polyurethanium, creating a rubber-like surface that offers a long lasting tread that can tackle virtually any terrain or weather condition.

“The Metl is game-changing, non-pneumatic, compliant tire that offers a lightweight, smooth ride with superior handling and durability that will last the life of your bicycle,” boasts STC.

While STC doesn’t provide any weight specifications, the company says the Metl is “competitive with many mainstream alternatives”.  Plus, “it has better rolling resistance compared to a traditional rubber tire.”

There’s currently no word on pricing or availability, but according to STC, the Metl will be offered in gold, silver and metallic blue, with a launch date sometime in 2022.