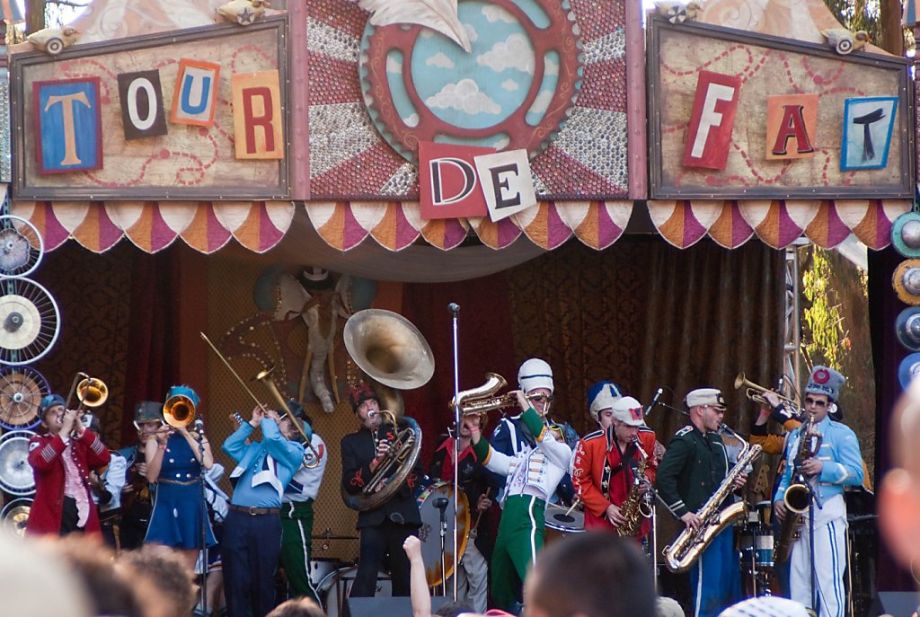 Between May and October of this year, the traveling bicycle and beer amusement show, visited 10 cities across the USA, attracting more than 100,000 bike enthusiasts.

The events are free, but all proceeds from beer and merchandise sales and donations in each city go to local nonprofit organizations focused on making communities a better place to ride a bike.

Tour de Fat also hosted the ninth annual car-for-bike swap, where one role model in each city stepped on stage to trade in car keys and pledge to live car-free for one year. Each swapper received a $2,250 stipend to buy their own commuter bike in exchange for their car. Vehicles for Charity auctioned the swapped cars, with proceeds benefitting Tour De Fat’s local nonprofit partners. Each of the swappers is encouraged to blog about their adventures at TradeMyCarForABike.Tumblr.com.

“What we’ve created can be hard to describe – part alter-ego beer festival; part cycling advocacy; part amazing, but sometimes perplexing entertainment, but when you put it all together it just works,” said Paul Gruber, Tour de Fat’s operations manager. “This year we passed the $4 million mark, an incredible feat, which means great things are happening in cycling communities across the country. That’s the best part of this whole thing and we can’t wait to do it again next year!”