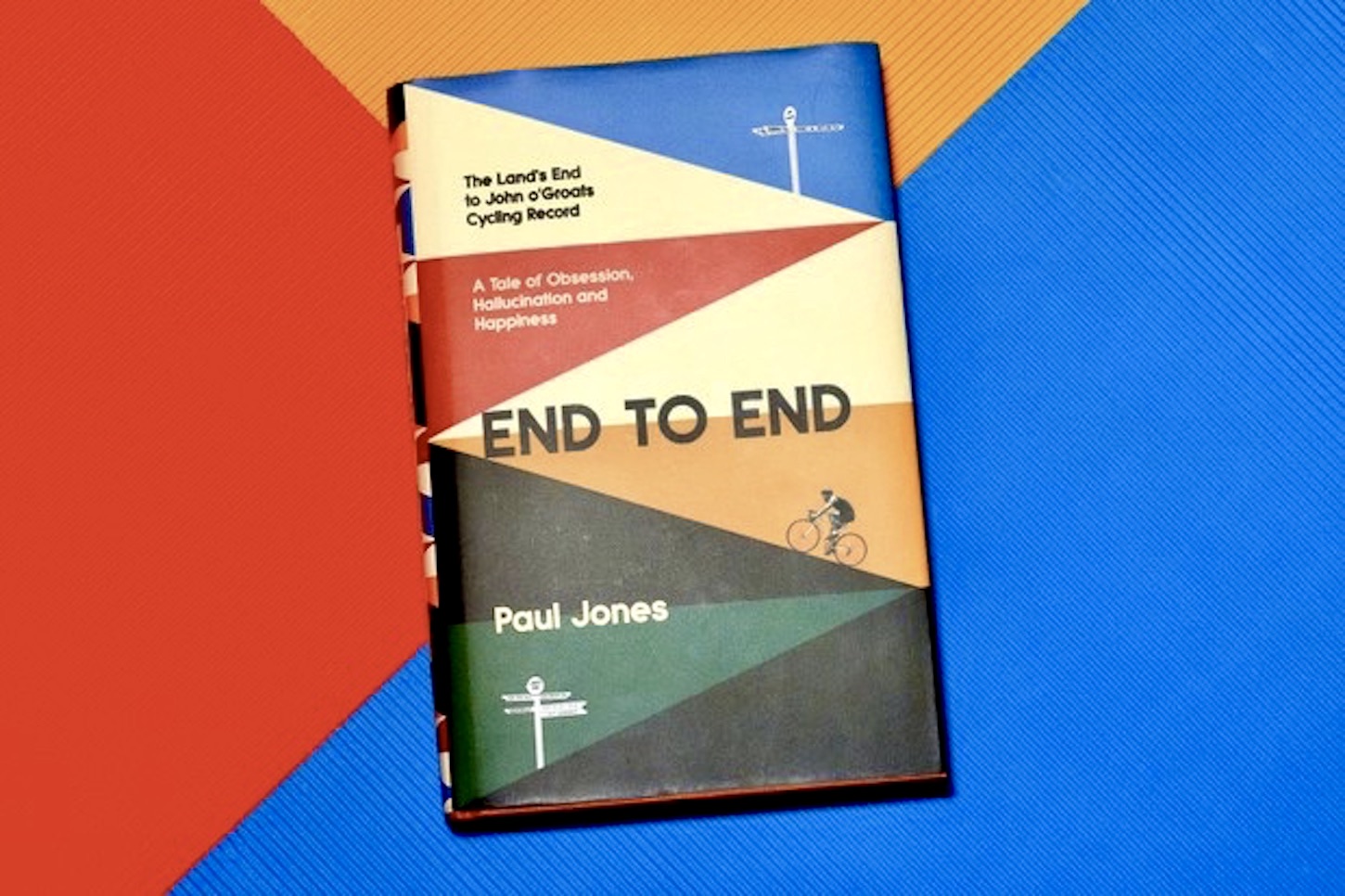 The End to End record is the longest place-to-place cycling record in Britain. It is a daunting 842 miles and for the men and women who attempt to break the record, there can be no second place, only the binary outcome of total success or failure. Paul Jones decided to ride from Land’s End to John O’ Groats in an attempt to understand the relentless physical and mental challenges involved.

End to End is a captivating and beautifully written narrative. A lyrical account of the journey sits alongside meetings with amazing cyclists; people like Eileen Sheridan; who covered the distance in under three days in 1954, or current men’s record holder Michael Broadwith who did it in a scarcely believable 43 hours. Paul Jones reaches further back to the very first attempts in the 1880s, undertaken on penny farthings, fuelled by Victorian values and patent medicine.

For the author, what starts as a simple way to frame the narrative transforms into a deeper search for meaning amidst the ceaseless clamour of life, work and relationships. It becomes a trip through the contours of the mind as well as the map, from Bodmin Moor to Shap Fell, the Cairngorms and the Caithness coast.

End to End is a portrayal of hope and ambition, of what happens when things go wrong and how hard it is to make them right. It is about courage, obsession and joy, but above all else, it is a compelling exploration of why journeys matter for all of us.