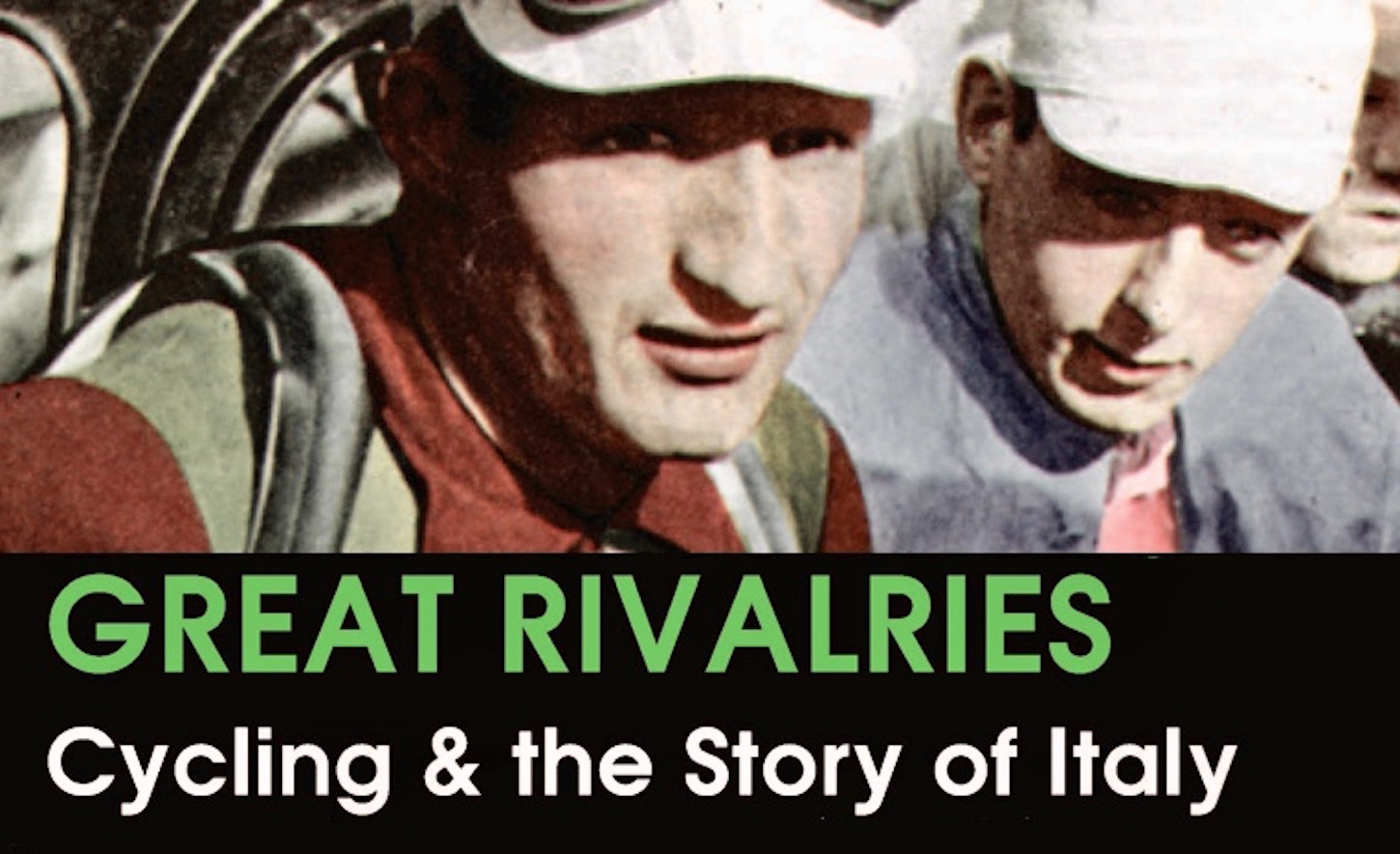 19 Aug 2019
By Campionissimo - In FEATURED ARTICLES, LATEST ARTICLES, THE PODIUM

Great Rivalries is the story of Gino Bartali, Fausto Coppi and the champion Italian cyclists who preceded them. It is about the place of cycling in a nation emerging from division, its agrarian past, widespread impoverishment, and competing visions about creating a modern state. It is interwoven with the story of Italy itself, which began a century earlier – and continues to play-out today.

Kevin Andrews began working as a sports commentator and race caller from the age of 17. For a decade, he called many sporting events before pursuing a career in the law and public life. He has written about sport for a number of publications and has been a guest commentator for track cycling. He is a keen recreational cyclist and intermittent Masters’ competitor. His youngest son rides for a UCI Continental Team.

“My first trip abroad was to Italy. It was the year 2000 and I was a fresh-faced 19-year-old with a passion for cycling. I boarded a plane without a clue of what to expect, but I was excited for the adventure. The fact I spoke no Italian and didn’t even know exactly where in Italy I was headed was of no concern. “I arrived in a small village in the northern Italian region of Veneto and joined a ‘squadre dilettanti’, a local under 23 team . . . Shortly after arriving and before I had even recovered from the long travel, I discovered I had landed exactly the right place, a country full of people who shared my passion.

“This book tells the story of the great rivalries that shaped both the country and cycling during the first one hundred years of modern Italy. These rivalries that were – and are still – debated with such animation and enthusiasm in local bars throughout the entire country of Italy.”

— From the Foreword by Simon Gerrans