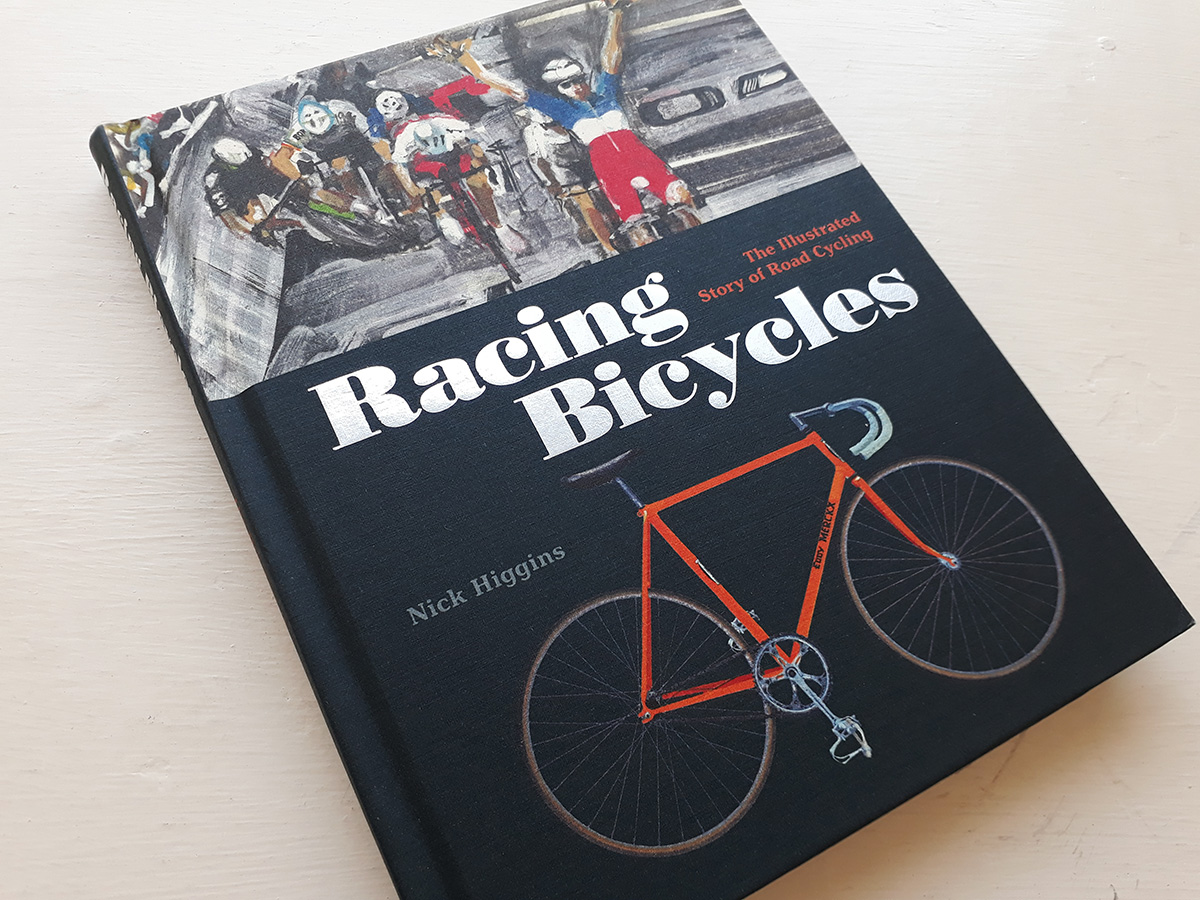 Everything you need to know about road cycling – the bikes, the races, the famous riders – in an intricately illustrated, compact volume. Every major historical development of the road bicycle and the road race is illustrated, from the first geared bikes to modern-day time-trial machines, and from the first penny-farthing races up to the modern Tour de France.

Also included are a wealth of facts, figures and stats, as well as intriguing and quirky stories from the history of competitive cycling.

Here’s an excerpt from the section covering the Five Monuments of the Spring Classics, Liege Bastogne Liege.

A 250km (155mi) round trip through the pastoral Ardennes region of Belgium and back to the industrial suburbs of Liège. The oldest Classic, it has been run since 1892 and is respectfully known as ‘La Doyenne’. Held to be the hardest of the five, it has a level outward leg that culminates in a series of severe climbs towards the finish, notably the Côte de Saint-Nicolas. While the Grand Tours aim to impress with a backdrop of Europe’s most breathtaking natural and historic scenery, this Belgian Classic retains a solidly democratic landscape of dour northern industrial suburbs, climbing through some very ordinary streets. Run in April it is liable to extremes of weather: Bernard Hinault’s ‘Neige–Bastogne–Neige’ victory in 1980 is famous for the snow (neige) that enveloped the race for its whole course, forcing the retirement of most of the field. Hinault, who wore a red woollen balaclava helmet and crust of snow for much of the race, took three weeks to regain the feeling in his hands. Eddy Merckx holds the record with five wins, one of them, in 1971, another snow-swept feat of endurance.